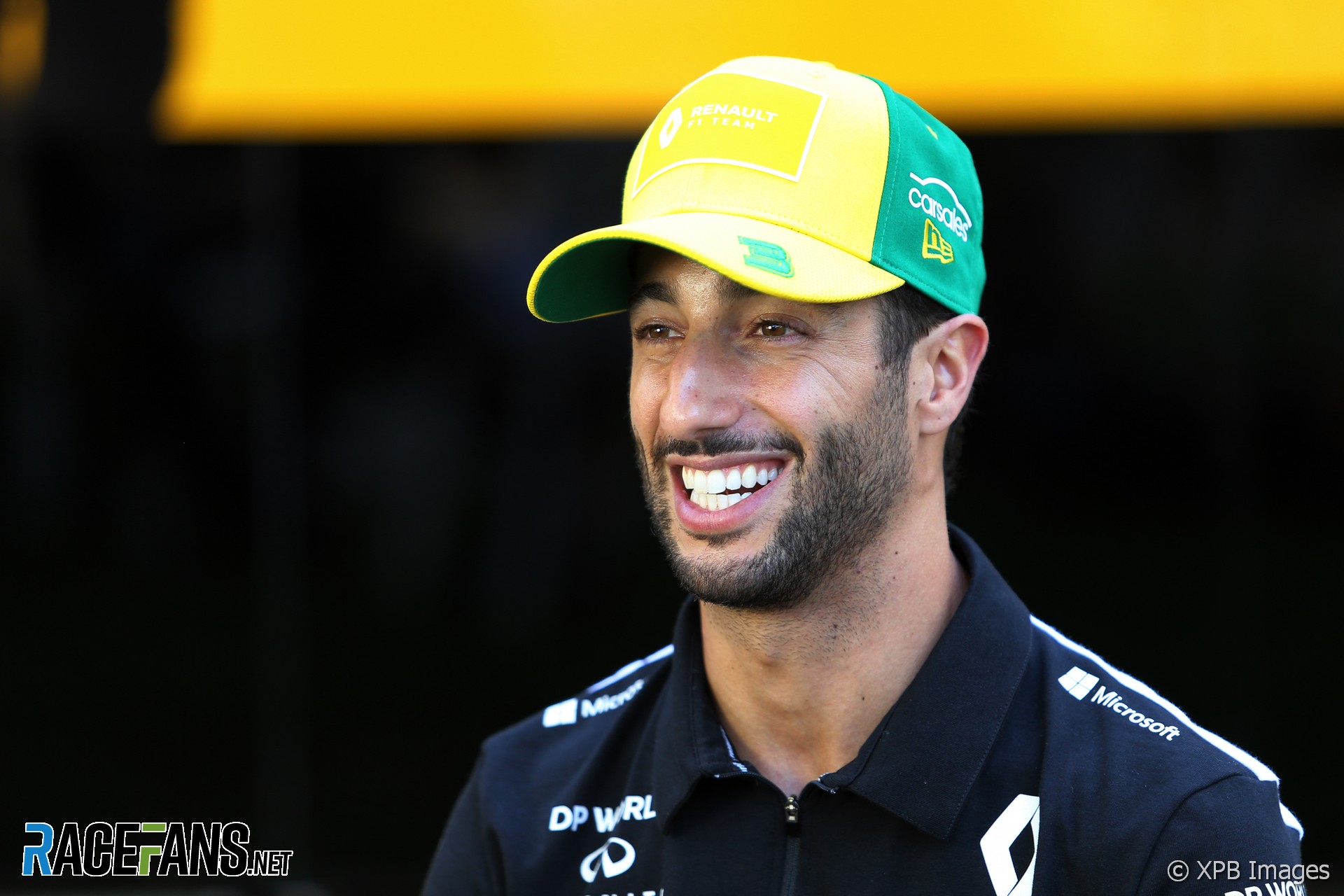 Another Formula 1 driver has criticised the proposed reverse-grid qualifying race scheme which the sport has twice tried to introduce in the past nine months.

The proposal, which was rejected for the second time last week, would see qualifying at some rounds replaced with a sprint race to decide the starting order for the grand prix. The sprint race would begin with the drivers in reverse championship order.

Daniel Ricciardo told the official F1 website he doesn’t think the change is necessary. “It’s not really the first on our priority list of things to change in the sport,” he said.

“I can see how some fans would be like ‘it would be great to have the fast guys try and come through the field’ and all that . So I see that point of view. But I don’t know I can see a lot of scenarios where it wouldn’t work and it would just make things a little messy.”

“I can see why [for] a ‘couch potato’ – as I am right now – it could be exciting,” he added. “But I think from a purist and a real racing point of view, I don’t think we need to go there just yet.”

Other drivers have criticised the proposal more strongly. Last year Sebastian Vettel described it as “complete bullshit”, while Lewis Hamilton said those pushing for its introduction “don’t really know what they’re talking about”.

Vettel and Hamilton’s team bosses have differing takes on the proposal. Ferrari team principal Mattia Binotto told RaceFans last week the reverse-grid qualifying races would be good for “the show”. However Mercedes team principal Toto Wolff, who was among those who blocked the introduction of the rules, criticised the proposal on multiple grounds and said the majority of fans do not want it.