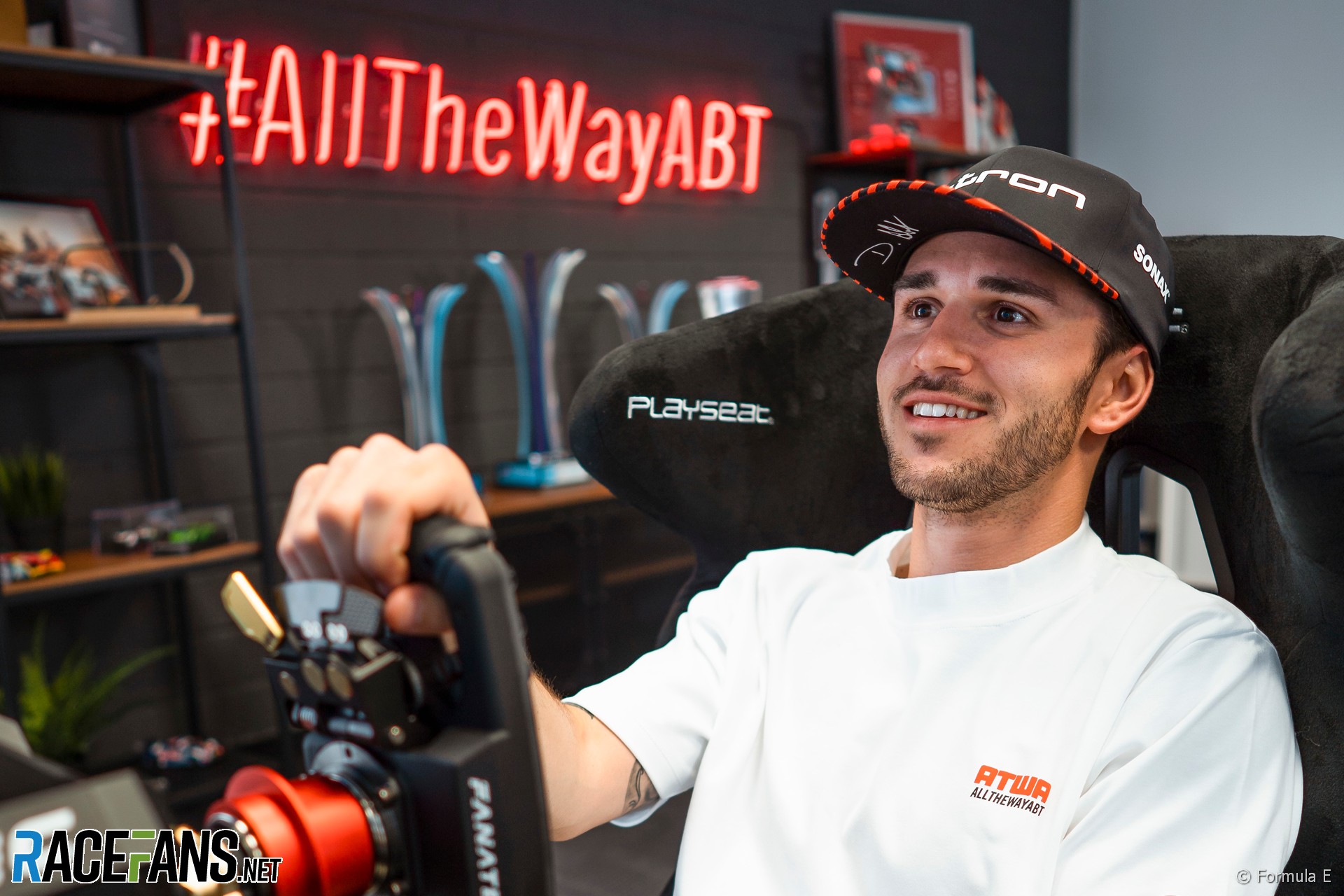 Daniel Abt has explained why he arranged for a simracer to take his place in last weekend’s Formula E Race at Home event.

Audi announced earlier today it has suspended Abt over what happened in the series, which raises funds for UNICEF. Abt confirmed he will no longer drive for the team in Formula E.

In a lengthy video posted on social media, Abt admitted he had “made a huge mistake” by arranging to have someone else drive his car after discussing the idea in a live stream on Twitch.

“The idea came up that it would be a funny move if a simracer basically drove for me to show the other, real drivers what he is capable of and use the chance to drive against them,” Abt explained. “We wanted to document it and create a funny story for the fans with it.”

Abt insisted it “was never my intention to let another driver drive for me to get a result and keep quiet about it later on just to make me look better”. He stressed they always intended to come clean about the plan and that neither he nor the simracer stood to gain from it.

“These points, this result, is irrelevant to me, personally,” said Abt. “It has no impact in any way. I’m not getting any money for it. Nothing of the sort. The sim racer hasn’t received any money from me either.”

“When we did the stream on Saturday and I ‘drove’ this race, which of course I did not, we wanted to act as if I was actually driving to unwind it afterwards,” he continued. “It has never been our intention to lie to you.

“I believe that by already openly communication the idea live on stream and there were 1,000 people watching us talk about it, I think that in itself shows that it was not about withholding anything because it simply is not personally important to me.”

Stoffel Vandoorne was among those who realised Abt’s car was being controlled by someone else.

“The other drivers reacted to it of course and realised that there was something odd,” said Abt. “I was aware of that.

“It had never been my will or idea to keep this secret from them. We even texted in WhatsApp groups and I gave some hints. I asked them what would be a good time to land in the top five. They responded and the young simracer did achieve this time, he did this race and finished third place.

“That you could check IP addresses and the boy is from Austria, I was aware of that too, we didn’t hide that by using a VPN [virtual private network] account. We consciously left it the way it was because we didn’t have the intention that this wouldn’t be recognised.

“It was the same thing with the interview with the top three after the race, where I consciously didn’t participate, because I didn’t want to do this interview as I thought it would be wrong.”

Abt said he made a donation of €10,000 to a charity of his choice, Allgauer Werkstatten, at the behest of Formula E.

“Then it got to the media. They received the topic and basically immediately displayed me as a cheater without giving me the chance to personally talk about it, to maybe tell them what really happened.

“I can understand that we went too far with this idea. When looking back, we did not think enough about the seriousness of the consequences of the situation. We made a huge mistake there. I stand by this mistake. I accept it and I will carry all the consequences for what I have done.

“I want to emphasise that I am glad that the simracing guys weren’t drawn into this and were relatively left alone by the media in comparison to me.”

The widespread coverage of the incident led to his dismissal by Audi, said Abt. “As this topic has become so extreme in the media and has been talked about from A-Z this virtual [error] of mine has real consequences for me.

“Today I was informed in a conversation with Audi that our ways will split from now on. We won’t be racing in Formula E anymore and the co-operation has ended.”

“It is a pain which I have never felt in this way in my life,” he said. “It was extremely important to me to take the chance here and now to tell you how it was and what happened and to simultaneously apologise to my family, to my friends, to Audi, to my partners, to Formula E, to UNICEF and of course to all fans who have supported me over the years with all of my heart.”