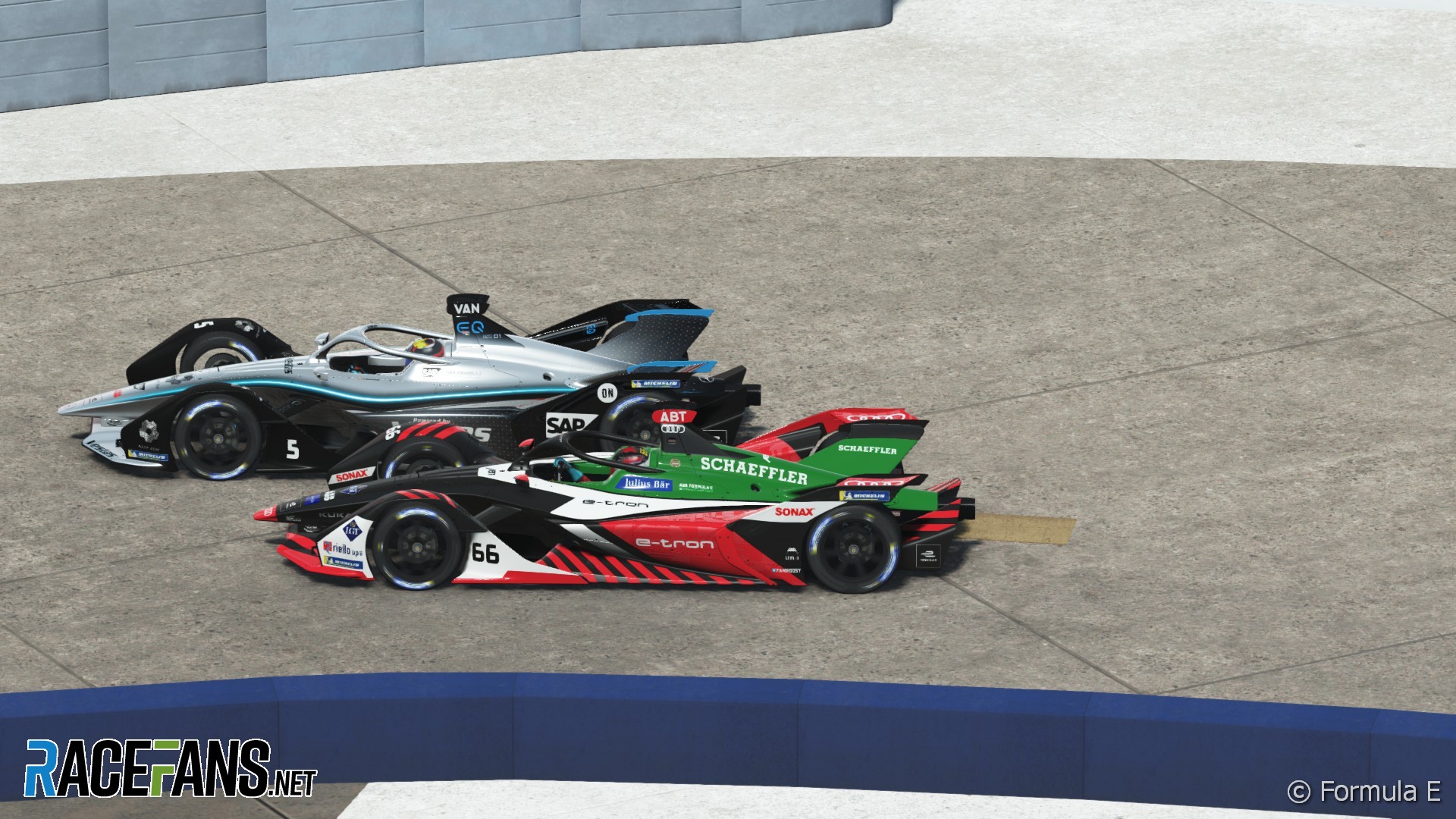 Formula E driver Daniel Abt has been disqualified from yesterday’s Race At Home Challenge after the series discovered he did not drive his car in the event.

Abt, who started second and finished third, admitted he “called in outside help during the race on Saturday”. Formula E confirmed simracer Lorenz Hoerzing has been “disqualified from the race and all future rounds of the Race at Home Challenge for sporting misconduct”.

The Race At Home series is run in support of Unicef. Formula E has fined Abt €10,000, which must be paid to a charity of his choice.

“I would like to apologise to Formula E, all of the fans, my team and my fellow drivers for having called in outside help during the race on Saturday,” said Abt in a statement on the fifth round of the series, run on the virtual Berlin Templehof circuit. “I did not take it as seriously as I should have.

“I am especially sorry about this, because I know how much work has gone into this project on the part of the Formula E organisation. I am aware that my offence has a bitter aftertaste, but it was never meant with any bad intention.” Abt added he accepted the disqualification and fine.

Oliver Rowland won the race ahead of Stoffel Vandoorne, while Pascal Wehrlein was promoted to third in place of Abt. Wehrlein leads Vandoorne by 12 points in the championship standings.