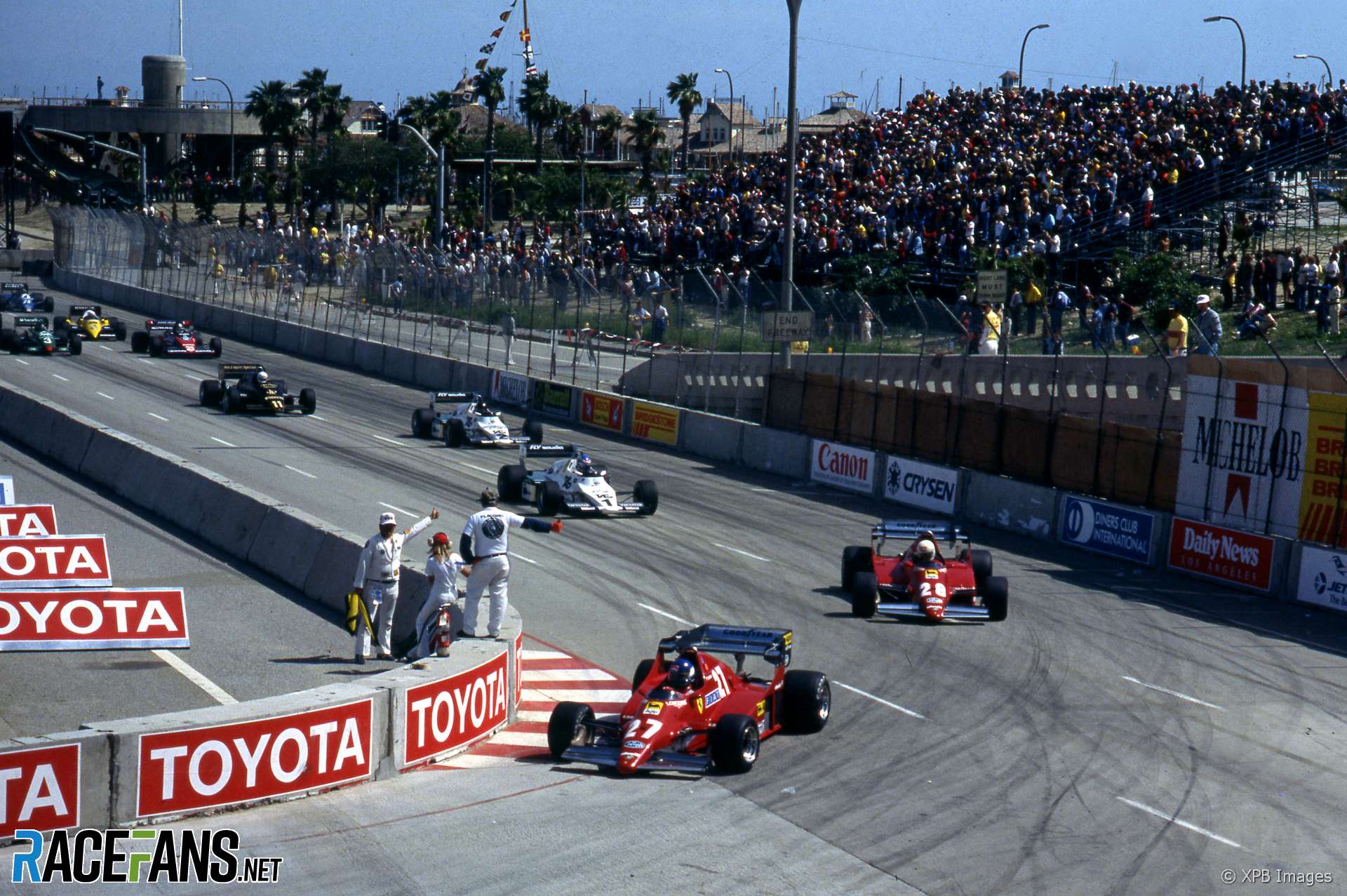 The first world championship race on the California street circuit was held in 1976. F1 held eight races there are at a time when Ecclestone, in his capacity as head of the Formula 1 Constructors’ Association, was striving to popularise the sport in the USA.

However race promoter Chris Pook grew concerned over the steady rise in Ecclestone’s race fees. At a meeting between the two in New York late in 1982, Pook told Ecclestone to reduce his price or they would replace the F1 event with a CART IndyCar race. Ecclestone refused, and Pook agreed terms with CART to take over the race from 1984.

In “Chris Pook and the History of the Long Beach Grand Prix”, a new book written by American motor sport author and journalist Gordon Kirby, Pook reveals how Ecclestone made a last-ditch attempt to extend F1’s stay at Long Beach on the eve of its final race at the track. Ecclestone offered to cut Long Beach’s fee from $2.1 million per year to $1.5 million.

“I said I wasn’t going to break the contract. I said [CART CEO John] Frasco would sue us big-time. Again he said ‘I don’t want to leave here.’ I said he should have said that when we met in New York.”

The final F1 race at Long Beach was a thriller. John Watson won for McLaren from 22nd on the grid, which remains the lowest starting position anyone has won an F1 race from. Pook recalls many team bosses telling him they were disappointed to be leaving his track.

After F1 left, the Sunday ticket sales for the Long Beach Grand Prix fell significantly to 48,000 in 1984. But those who did attend saw American Mario Andretti, winner of the 1977 Long Beach race in an F1 car, triumph in an IndyCar.

Another F1 champion, Emerson Fittipaldi, made his IndyCar debut in an eye-catching pink machine on the same weekend. As CART grew, within two years race-day ticket sales had recovered to 85,000.

Meanwhile F1 struggled to raise its profile in the USA. A venture to Dallas, Texas in 1984 proved a one-off. The Detroit Grand Prix, which started in 1982, was also lost to CART six years later. F1 raced on the streets of Phoenix from 1989 to 1991, after which it did not return to America for almost a decade.

Its lost race at Long Beach became one of IndyCar’s most successful events outside of the Indianapolis 500. According to Pook, “Bernie said a number of times that losing Long Beach was his biggest mistake.”

“Chris Pook and the History of the Long Beach Grand Prix” is published by Racemaker Press. Look out for a full review soon on RaceFans.