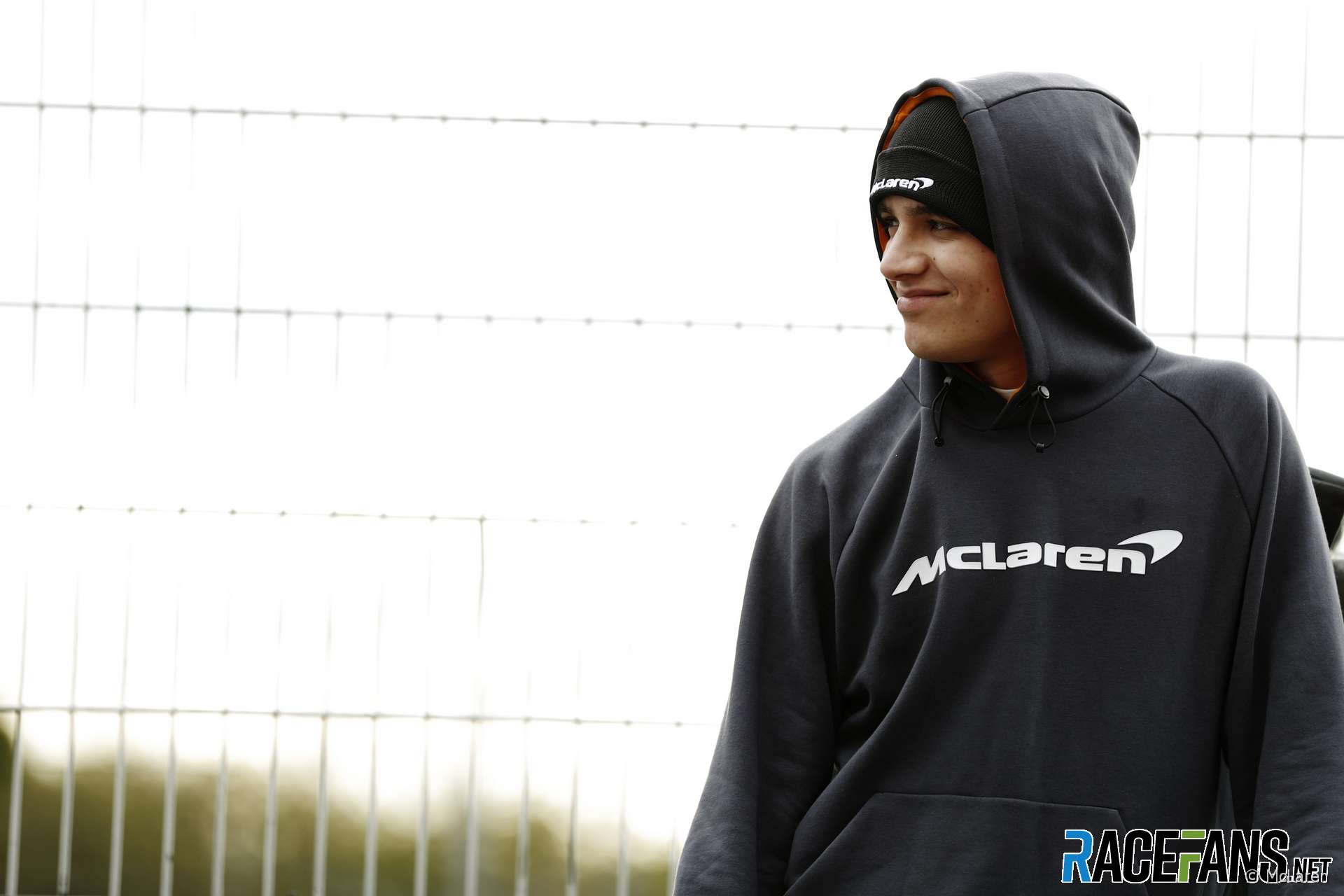 Lando Norris says competing in last week’s IndyCar iRacing Challenge has made him more keen to experience the series’ tracks, which are “more raw” than their F1 counterparts.

The McLaren driver won Saturday’s race on the Circuit of the Americas, which he has raced at in Formula 1. But Norris said he is keen to try IndyCar’s other “different tracks such as Indy or a lot of the street tracks.”

IndyCar races on permanent road courses and temporary street circuits, as F1 does, but also holds races on ovals. The more punishing nature of IndyCar’s tracks appeals to Norris.

“A lot of them are on iRacing and are super fun to drive and very different to what we’re used to,” he explained. “A lot more pure bumps and walls. It’s a bit more raw.

“In F1 I would say [there’s] a bit more TecPro barriers everywhere and more run-offs everywhere and so on. But in IndyCar it’s more pure in terms of it’s literally just a track on the streets.

“And then you’ve got to go for it in a very difficult car to drive, one with no power steering. I would love to do it in the future. This has pushed me towards it more.”

However a move into IndyCar racing will have to wait until much later in his career, Norris admitted.

“That’s still something not just in the future but in the far future, once I’ve focussed on Formula 1 and I’ve achieved my dreams and my aims to try and win that and win a championship and win races.”

IndyCar’s established racers “are extremely good and have been in it for years and are extremely experienced”, Norris added. He also rates the series’ newcomers highly, such as his 2015 Carlin Formula 4 team mate Colton Herta, who won his third real-world IndyCar race at the Circuit of the Americas last year.

“You have the younger guys like Pato [O’Ward] and Colton on the other end, which are just freaking fast and adapt very well to a lot of situations.”