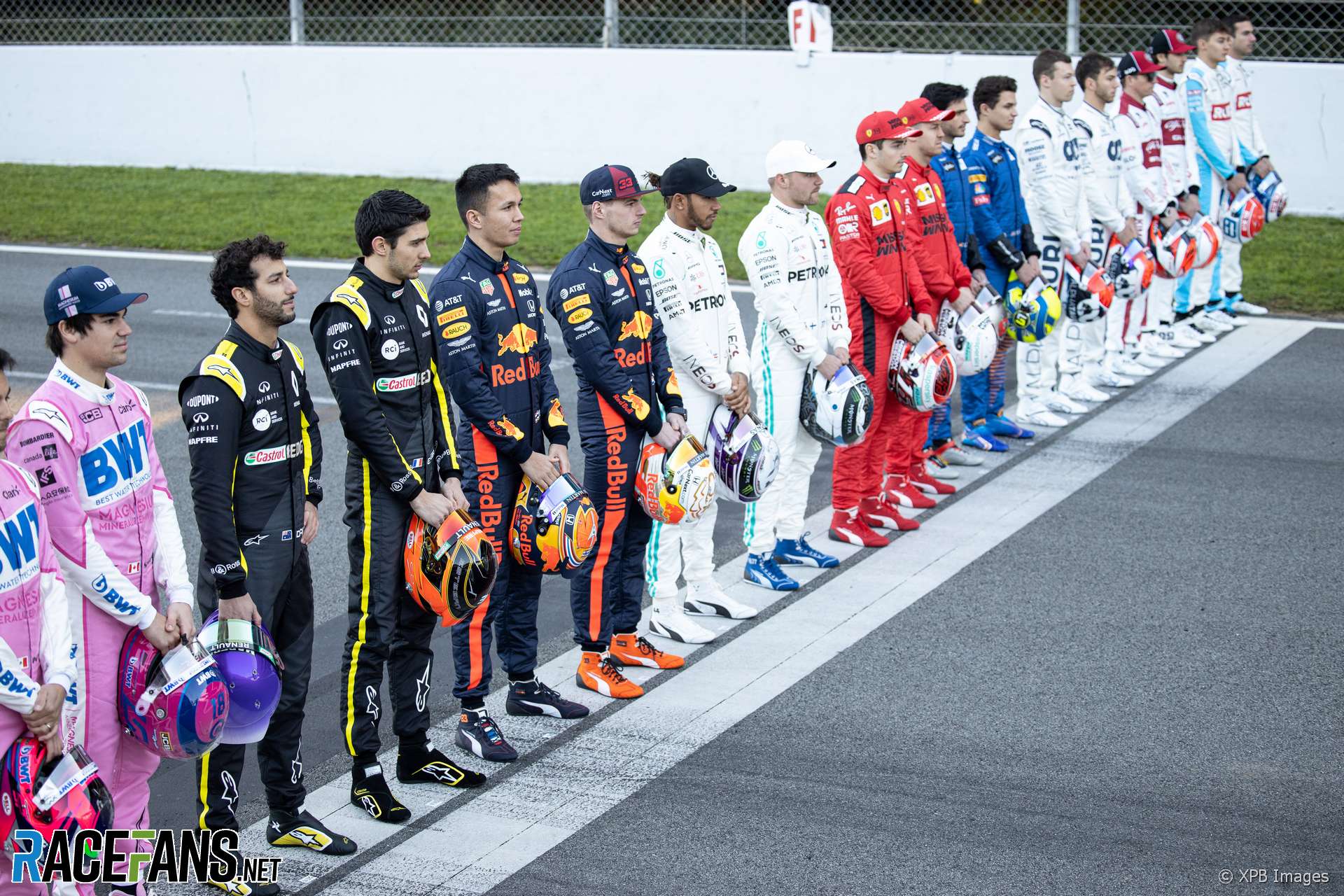 The driver-line up for the 2020 F1 season is almost entirely unchanged from last year.

But two of the sport’s hottest rising stars – Charles Leclerc and Max Verstappen – signed new deals with their teams during the off-season.

How much are they worth? The details of drivers’ earnings are contained in the (secret) archive of the FIA’s Contract Recognition Board in Geneva, which is accessible only to six lawyers appointed to hear contractual disputes as may arise.

We assess the current market value of each competitor based on discussions with team bosses – most of whom have either had approaches from drivers or made their own enquiries – and driver managers, whose duty is to know market values of their charges and of the opposition.

This information is cross-referenced with other sources and colleagues who have a feel for driver markets in order to ensure the figures are as accurate as possible. Here are our estimates of the current F1 drivers’ salaries:

Note: All drivers on basic packages with individual bonuses

As things stand 12 current drivers will be out of contract at the end of this year. During pre-season testing the word in the paddock was that Lewis Hamilton is looking to renew his package with Mercedes at $50m, with bonuses potentially escalating that to total annual earnings of $80m.

Sebastian Vettel, who perceives himself as being on Hamilton’s level, would be looking for $40m minimum from Ferrari, topped by bonuses. Max Verstappen’s four-year deal with Red Bull and Honda likely includes healthy championship and podium bonuses over and above points money. Thus the 22-year-old could easily pull at least $40m if the cards fall his way.

But should drivers continue to command such huge salaries at a time when the global pandemic has left all of them sitting on the sidelines? Some competitors in other sports have already taken temporary pay cuts.

F1 has been forced to delay introduction of its 2021 technical rules package and carry over the current cars for a year as a cost-saving measure, with bans on upgrades and no pre- or in-season testing. Thus, drivers will be even less active.

However the financial regulations (aka budget cap) will be introduced as is, save that the limit of $175m (excluding marketing and hospitality costs, management salaries and driver stipends) is likely to reduced to $150m (or less). The cap does not cover drivers’ salaries.

It remains unclear how many races will be held this year. Eight have been cancelled or postponed already. Is it appropriate for drivers to pull this sort of money while the sport is haemorrhaging money faster than one of Hamilton’s pole laps?

Could any person, regardless of economic times, justify an annual income of $50m for a couple of hours of sweat time on 22 Sunday and the odd marketing commitment? Don’t blame the drivers: they’re simply taking what’s offered by teams.

The budget cap – even at its present level of $175m – means teams such as Ferrari, Mercedes and Red Bull will have to downsize. Each may have to move up to 300 staff from their F1 programmes, though no doubt the teams will do everything possible to redeploy their loyal workers on other projects outside the sport.

To put the numbers in perspective, according to latest available filings, Mercedes F1 reported a 2018 payroll (including social costs and employee benefits) of $108m (£1 = $1.15) for around 900 heads. The situations at Ferrari or Red Bull are only slightly less dramatic if at all.

Whenever F1 talks cost cuts the debate usually centres on testing, engines, wind tunnel restrictions and so on. But not driver wages which, at the top end, can make up 15% of a team’s overall budget.

True, some drivers pay to race, but that compounds the divide between the top three teams and the rest. The solution is for driver earnings to be included in budget caps on the basis that they are performance differentiators, which would in turn release more funding for staff and technology by driving down driver costs.

Of course drivers are paid for their skills as well as image rights: They could theoretically be paid a dollar for driving and $50m for image rights. But systems have been devised to control teams’ spending under the budget cap, with draconian sanctions for transgressions. It should therefore be possible to control driver wages as, for example, America’s National Football League already does for its players.

Any change in this respect would have to take existing long-term contracts into account. But the sport could act now and legislate that the rate currently paid to the top earners is fixed as the maximum for the time being, then reduced thereafter. Hamilton and Vettel, the current top earners, are unlikely to be in F1 beyond 2023

If F1 is serious about cost saving during these uncertain times and in the future, it absolutely needs to clamp down on the biggest cost centre amongst the top teams: driver earnings. Paying race drivers 50 times as much as the USA pays its president or 200 times the earnings of Britain’s prime minster – regardless of the individuals – is unsustainable. And, in light of current circumstances, unjustifiable.