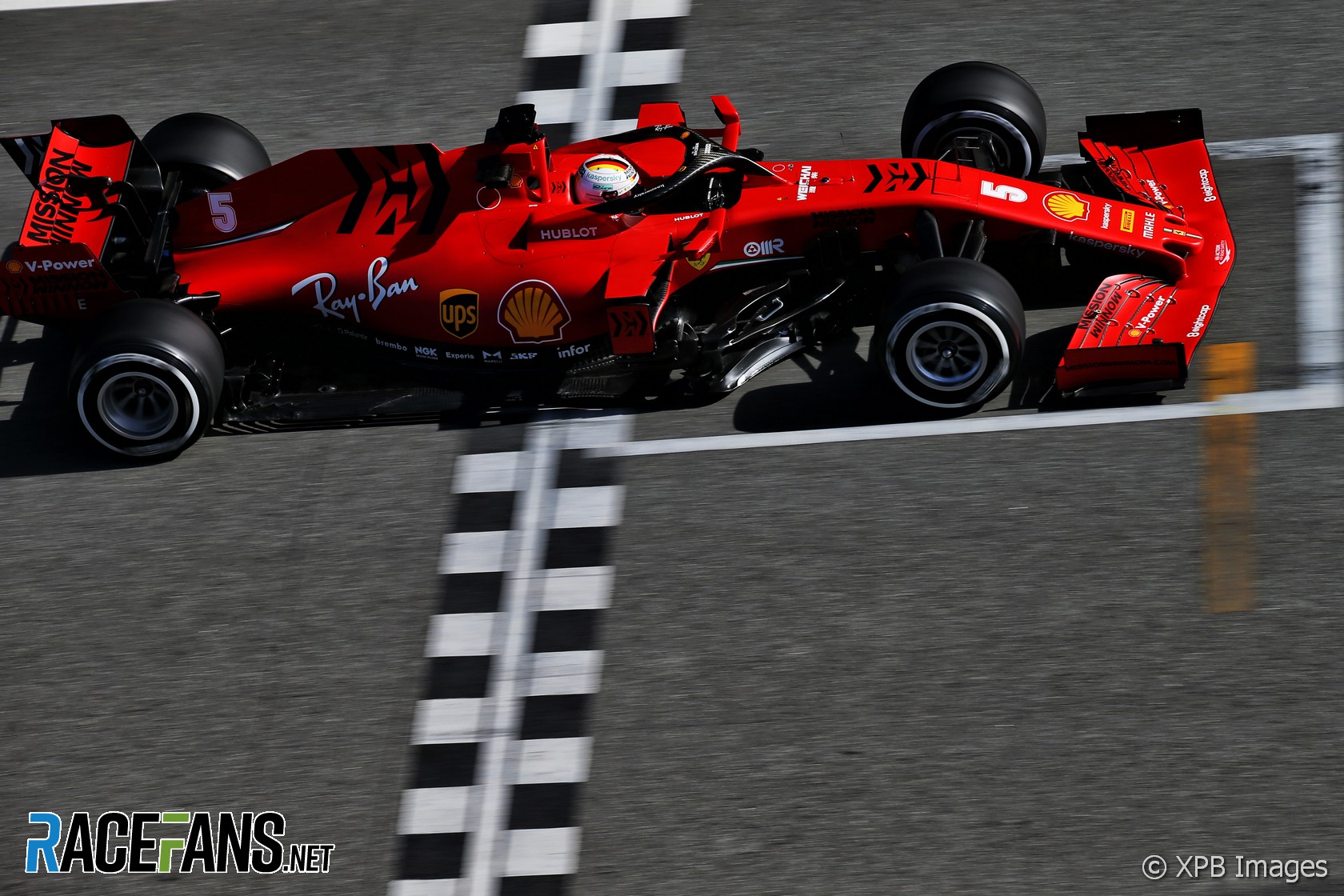 In the round-up: Ferrari team principal Mattia Binotto says the team’s power unit has not proven as strong as last year so far, though they have been “focused on reliability” and their straight-line speed has been affected by increased drag.

[smr2020test]Binotto was asked whether the team’s reduced straight line speed in pre-season testing was due to engine performance or drag.

I think it’s a combination of the two. I think in terms of overall performance on the power, on the engine, we are not as strong as we were last year.

As I said we focused on reliability and [that’s] somehow compromising eventually the performance. But the drag is significantly affecting the speed.

I think when looking for better speed, you need to look both at the drag and the power of the engine itself. So we will work on both items for the future, no doubt. Drag is the one we may address earlier compared to the power unit. The power unit you need to wait at least for the second unit.

Every year I try to find the right balance between being the fittest athlete I can be, a good businessman and deliver on all platforms. It is far from easy but I give it my all. I listen to my body, fuel it to the best of my knowledge. This year, I’ve managed to push further and be fitter and stronger than the years before which I’m so happy about. I feel more ready than ever as I embark on my journey to the first race of the season. I just want to encourage you all out there, your body and mind are one. Take care of it, feed your body and your mind with the right ingredients. Health is wealth! If you believe you can’t do something that is just the wrong attitude because you can do anything you put your mind to. You need to develop a positive frame of mind and working out will help you do that and feel better about yourself. I know you can do it, now you need to know it too!! #teamlh #youcandoit #believeinyourself

Much of Europe has banned gatherings above 1,000 people. 16 million are quarantined in Italy. Baselworld and Geneva auto show canceled. But sure, let’s get 100,000 together alongside teams pulling crew from all over Europe 👌

F1 chiefs on edge as coronavirus hangs over races in Asia, Middle East (The Age)

"A handful of staff from the race teams are in Australia already - with no problems - but activity at Albert Park will intensify from early next week as team officials, marketing, media and sponsorship executives all arrive and converge on the pit lane complex which is their home virtually 24 hours a day until the race is run and won next Sunday. Cars and freight will arrive at Avalon on Sunday evening."

Was holding the Bahrain Grand Prix behind closed doors due to the Coronavirus an obvious move for the race promoters?

Easy decision for the organisers/government to make since to them the race is all about public relations more than paid attendance.

The last thing they wanted said on the news was ‘first Bahrain Grand Prix cancelled since the civil uprising and protests of 2011’.
@Nerrticus