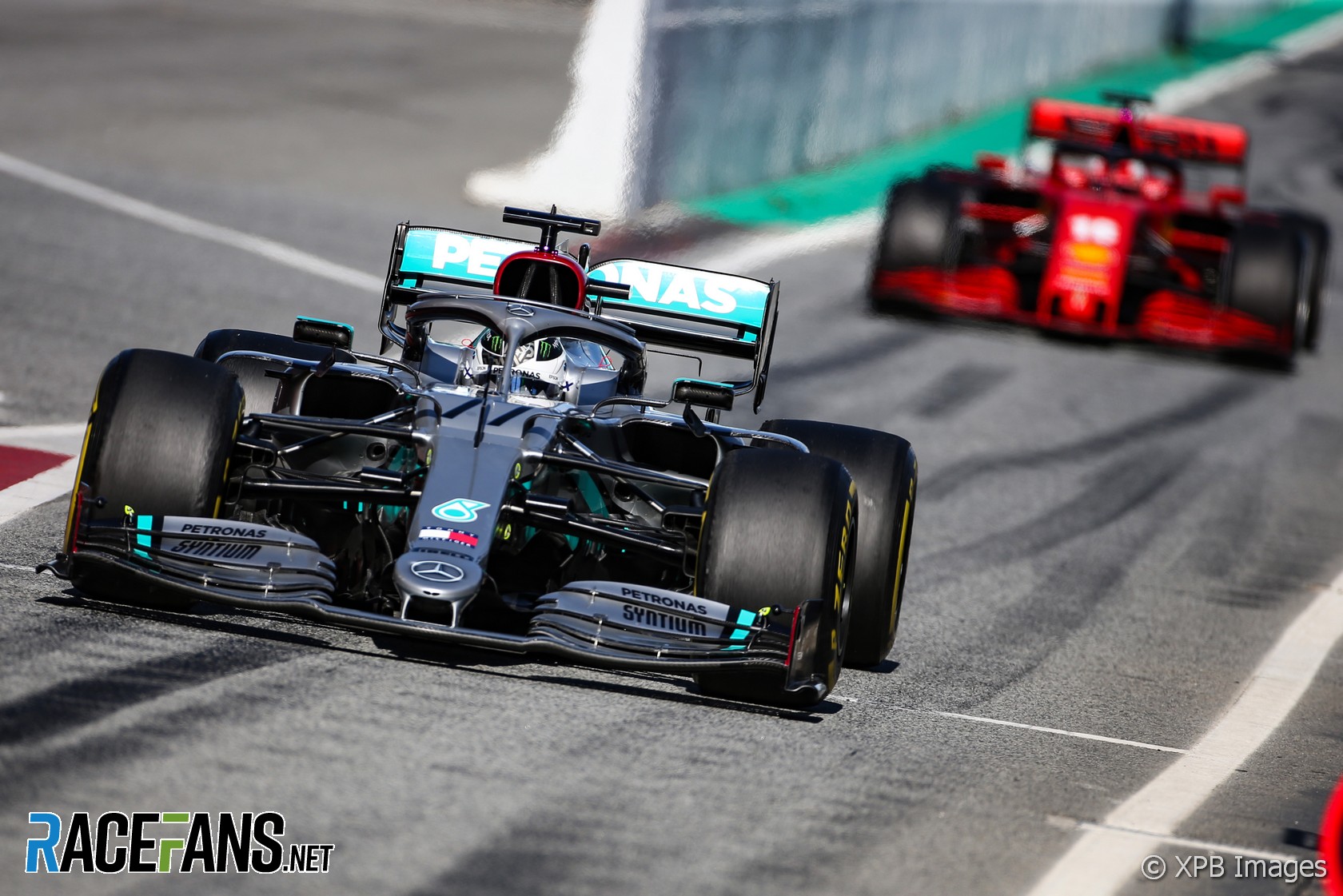 In the round-up: Sebastian Vettel was impressed by the ease with which Mercedes set fastest times in pre-season testing.

[smr2020test]Vettel gave his view on which team looked strongest over the six days of testing:

It just looks as if Mercedes is more at ease. Not just for the one lap, which is obviously what people look at, but just in general, just the runs.

I think we also had some runs that were better, some of them were worse so it’s a bit hard to tell. Time of day, track condition then I don’t know what people are doing in the background. Obviously, we tested some stuff that was very good other stuff that wasn’t good so it also has an impact on lap times.

But as I said, probably if you look right now I’d say Mercedes is at the top just because they are every time they go out fairly quick with ease whereas others, I think need to stretch a bit more. But we will see.

Renault will present its definitive livery for the 2020 #F1 season next week.

Do they have a surprise in store? We'll find out on Wednesday… pic.twitter.com/9KgeaZ7vnm

Ocon credits Hamilton and Mercedes for making him stronger (Reuters)

"I had good chats with Lewis, who gave me good advice not really on the sports side but more the managing side. "

"Harry was driven to the doors of the new building in an electric Mercedes and was greeted by dignitaries including former world champion F1 driver Damon Hill - who took the crown with the Williams team in 1996."

Has the FIA or Ferrari made the biggest error in the handling of the controversial ‘settlement’ between the two?

If they can prove Ferrari did something illegal, but they also know it wouldn’t stand up in court, then they should have released what they did have and let the fans and their sponsors do with that information as they will.

What they should never do is secret deals with a team. Ever.

This is the FIA’s fault, not Ferrari’s, not the seven teams, the FIA and the FIA alone have dragged the sport into disrepute.
William Jones

19 comments on “Mercedes were “quick with ease” in tests – Vettel”