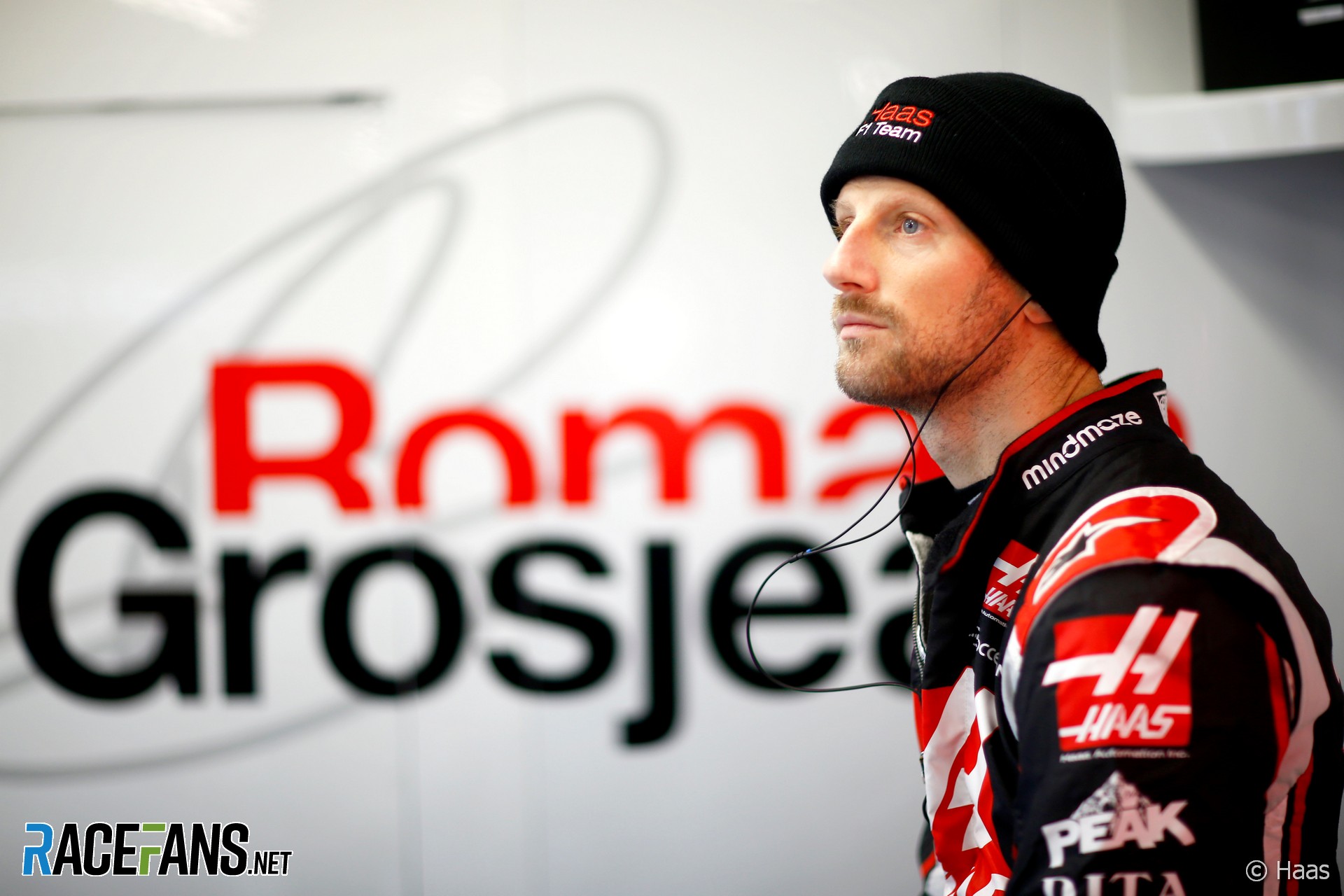 Expecting Formula 1’s midfield drivers to be able to compete with their front-running rivals is ‘like asking Roger Federer to play with a ping-pong racket’, says Romain Grosjean.

Only three F1 teams – Mercedes, Ferrari and Red Bull – have won races in the last six years. Grosjean, who took 10 podium finishes with Lotus between 2012 and 2015, admitted when asked by RaceFans he faces ending his F1 career without a victory to his name.

“It could happen,” said the Haas driver. “Could happen. I mean I was already lucky to be 10 times on the podium. I should have won, I believe, two grands prix and things didn’t come my way.”

The lack of opportunities for midfield drivers to compete with front runners undermines F1’s claim to be a sport, Grosjean believes. “We call Formula 1 a sport,” he said. “Is it a sport? I’m not so sure. It’s a show, but a sport is supposed to be fair and Formula 1 is not fair.”

“It’s very physical to drive Formula 1 car,” Grosjean added. “It’s hard, it’s demanding, it’s a lot of effort going from everyone. But it’s like asking Roger Federer to play with a ping-pong racket.

“Would you call tennis a sport if they were not coming all with the same rackets? Or if the court was wider on one side than it was on the other side? You judge it.”

Daniel Ricciardo’s move from Red Bull to Renault last season demonstrates how hard it is for drivers in the midfield to show how competitive they can be, said Grosjean.

“If you only take his time at Renault he hasn’t even scored a podium. But he’s been winning races, he’s a great drivers, he’s been on the podium. It all depends what you’ve got between your hands.”

[smr2020test]Grosjean is still looking for opportunities to get in a race-winning car, but admitted he could see himself leaving the sport in the near future.

“It could well happen that I won’t win a grand prix,” he said. “I will do my best to get some opportunities in the future. There is obviously a lot of drivers out of contract at the end of the year.

“There could be drivers also retiring. I think that’s a decision that I believe for me would come quite quickly. We’ll see [after] maybe half a season or three-quarters of the season [if] I don’t have that passion anymore and I don’t really want to be travelling the world and being far away from my family.

“I could see me retiring and going somewhere else. It could happen to other drivers, [there] could be opportunities, you never know.”

56 comments on “Grosjean: “Sport is supposed to be fair and Formula 1 is not””