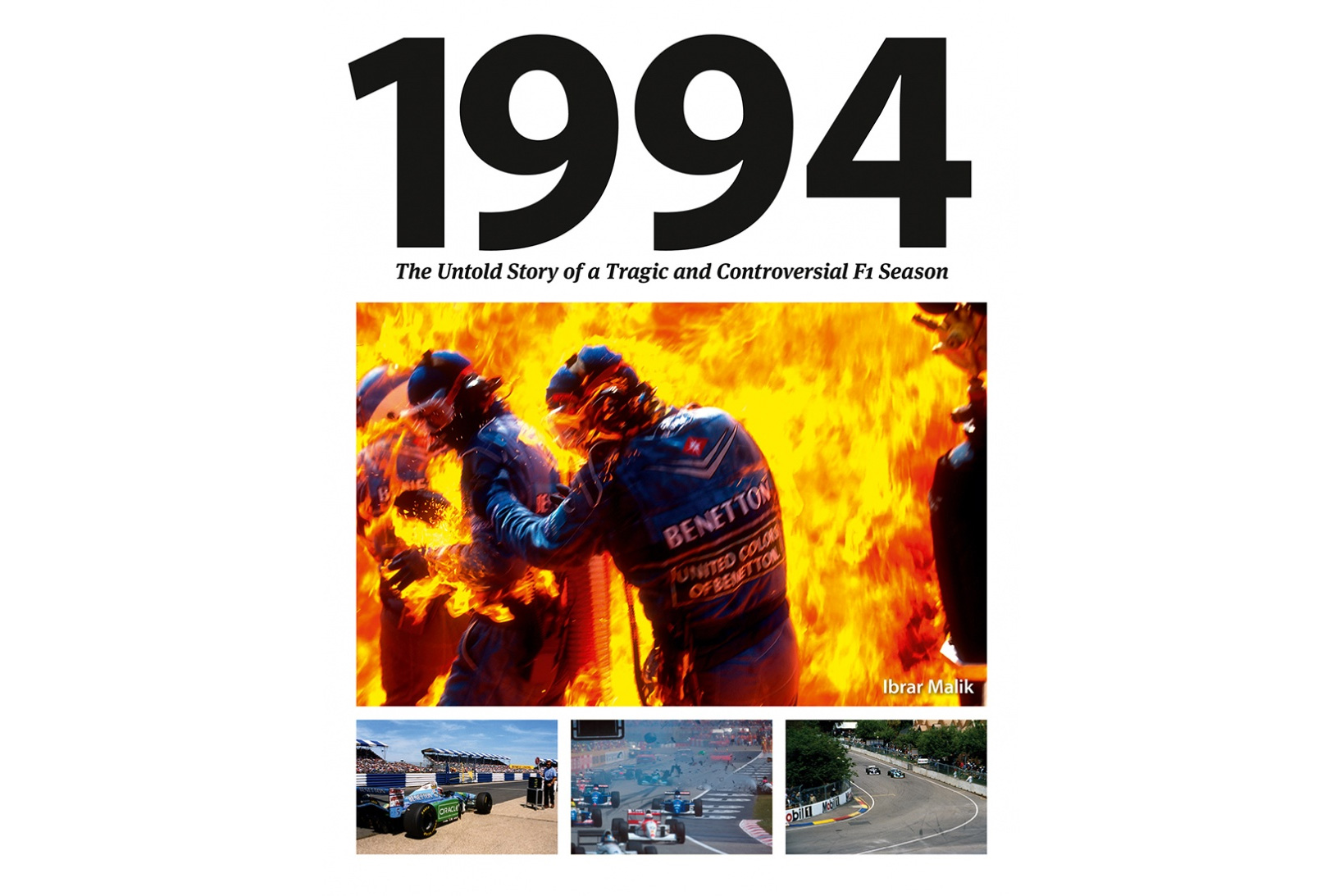 The 1994 F1 season shaped the modern world championship like no other 12 months in the sport’s history. The deaths of Ayrton Senna and Roland Ratzenberger and a series of other serious crashes forced the sport to drastically reconsider its approach to safety.

The loss of as great a driver as Senna, following the departures of other champions such as his long-term rival Alain Prost, triggered a changing of the guard. The new talent of Michael Schumacher rose to take his place, but his first world championship victory was marked by a series of controversies and was decided by a contentious collision with Damon Hill.

Many chapters have been written on the events of this year, not least in the numerous volumes on Senna. Hill himself (in “Grand Prix Year”) and Benetton mechanic-turned-broadcaster Steve Matchett (in “Life in the Fast Lane”) provided fascinating insights from the two teams which duelled over that year’s championships.

Now Ibrar Malik has produced a broad history of the season in “1994: The Untold Story”. Reminiscent of Christopher Hilton’s book on 1982 – another season marked by tragedy, political intrigue and a down-to-the-wire title fight – Malik has penned a well-research and thorough guide to the period.

With 25 years of hindsight it is easy to view 1994 through a mawkish lens focusing on the events in Imola. But in an era where F1 weekends seem to come and go without many talking points, in 1994 something extraordinary seemed to happen at every round. Mentally I’m already back in front of the television in the small hours watching Hill’s mastery of the wet in Suzuka, and ‘that’ collision in Adelaide.

Malik has dug deep with his sources for the book, and not being one of the usual F1 publication suspects, brings a refreshingly different perspective and array of interviews, particularly from mechanics on the front line. Likewise the text is not just a rehash (or reprint) of contemporary reports, which gives some refreshing perspective, and pushes for new insights.

As with other releases from Performance Publishing the book is very well presented with some great illustrative photos throughout. Equally, priced at a not unreasonable £29, this is well worth the investment, and a worth addition to the bookshelf.

“1994: The Untold Story of a Tragic and Controversial F1 Season”

RaceFans’ history of the 1994 Formula 1 season