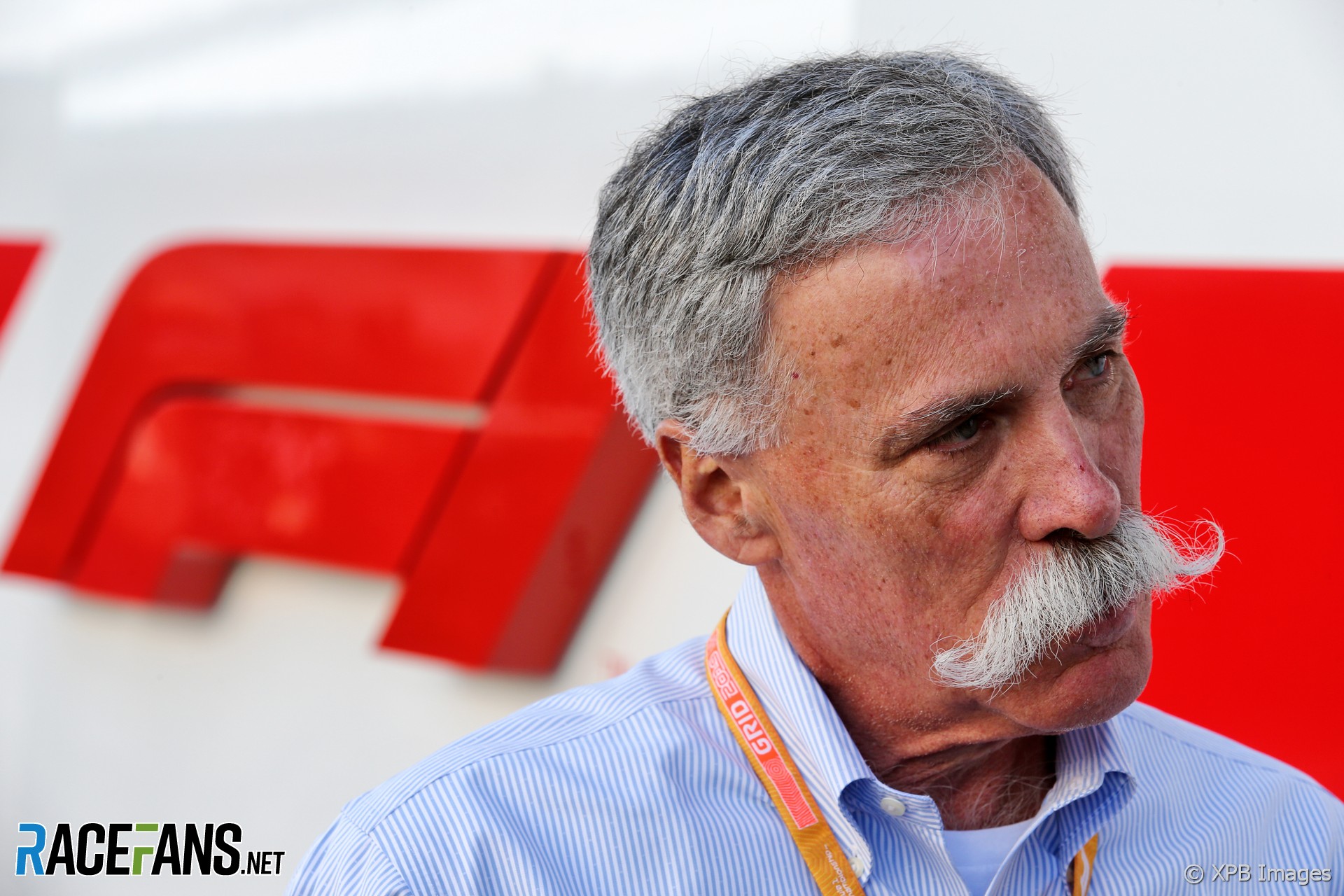 With Formula 1’s 2021 technical, sporting and financial regulations having been published by the due – albeit delayed – date of 31 October 2019, two further components remain outstanding. These are an agreed, more equitable revenue structure and a revised, inclusive governance process.

The first-named is self-explanatory: the business of Formula 1 generates around $2 billion in revenues annually off the back of ‘the show’, and thus it is only fair that all players receive fair portions of its proceeds after expenses, known as EBIT (earnings before income tax).

The exact EBIT ‘portion’ and how it is distributed between teams is central to their remaining in the sport and, in some instances, remaining solvent. It is therefore of paramount importance to both teams and F1.

Although the size of the ‘pot’ grew substantially from 2013, significant sums are disbursed as annual bonuses to a select few teams to induce them to remain in the sport until 2020. Hence F1 operates under an inequitable revenue structure that has resulted in all grands prix – without a single exception to date – being won by the three largest recipients of these bonuses. No coincidence, that.

Equally, the sport’s governance is crucial to the welfare of the sport of F1, for it determines the nuts and bolts of the regulatory process, and is thus effectively its legislative handbook. The current process is convoluted in structure in that it has four levels, and is discriminatory in execution in that it excludes half the teams, and hence the constant logjams and regular bog-downs that have blighted recent seasons.

Thus, if Liberty as commercial rights holder and the FIA as regulator are to grow F1 as per their stated plans, they need to ensure that the both the sport’s revenue and governance structures are fit for purpose – which the prevailing equivalents patently are not.

Immediately after both sets of regulations for F1’s new era were published and in place, discussions for these outstanding components stepped up a gear. A presentation on prize money was made to all teams by Liberty executives during an F1 Strategy Group meeting held in Paris on October 16th.

Although such presentations are by their nature strictly private – particularly as Liberty is a public company, being listed on NASDAQ, and such information affects the share price – the fact is that by the nature of F1 nothing remains confidential. Particularly as grievances about F1’s financial and regulatory shortfalls have long been under the spotlight, including at EU Commission level, and remedial action openly discussed.

[icon2019autocoursempu]Indeed a meeting was convened on Thursday in Abu Dhabi, attended by all team bosses, at which Liberty’s proposals were discussed. The team’s primary intention was to push for greater shares of the proposed ‘pot’, but it appears they have left matters too late, and thus have zero leverage. For starters, insufficient time remains to threaten a breakaway series for 2021 given the complexities, formalities and logistics involved.

Various team bosses spoke to RaceFans after the meeting and, while some were more open than others, it was possible to glean their takes on the proposals. One described the situation as the sort of “arm-wrestling you have in any such negotiation” adding, though, that Liberty’s proposals would be largely accepted.

Crucially, following an EU directive handed down in 2000, the FIA may not involve itself in F1’s commercial matters, and thus the intention is for the sport to operate under two distinctly separate agreements:

2) A governance agreement between the FIA, Liberty (F1) and all teams outlining sporting and other regulatory matters. No timeline has been provided for what will effectively be the ‘Concorde Agreement’, but better later than a hash-up.

Both covenants will run for five years, namely from 2021-25, although teams may terminate their agreements provided notice of termination is given before March 1st for the end of that year.

According to sources within teams and the commercial rights holder, Liberty’s October presentation was based on tables presented to the teams in Bahrain in April 2018, but these have been adjusted marginally since, with finer points added after feedback from teams. Among other factors, they were concerned F1’s drive to attract new teams would disproportionately dilute the prize fund.

For example an eleventh team, welcome though it would be for the overall health of the sport, is unlikely to result in an immediate 10% growth in revenues. Yet average team incomes would drop by that amount. A twelfth team would further compound the matter, and hence the teams’ understandable concerns.

Thus the proposed solution – originally revealed here – is to levy an anti-dilution payment of $200m on new teams, to be distributed equally amongst all existing competitors. Under the October presentation, the payment may be waived in part or full at the discretion of Liberty subject to any newcomer(s) not boosting grid sizes beyond 10 teams, in which case unanimous team consent is required for partial/full waiver(s).

Thus, Liberty plans to protect F1 in the event that any exits drop grid strengths below 10 teams, while simultaneously ensuring that team income is not diluted in the event of grid growth unless the newcomer brings a substantial boost to the sport. Think Porsche, Audi or BMW.

F1’s present structure comprises two ‘pots’: a base pot shared by all teams to lesser or larger degrees, and a bonus pot that favours Ferrari, Mercedes and Red Bull, in that order, with others (McLaren and Williams) benefitting marginally.

The base pot is further divided into two sub-funds, known as Column 1 and Column 2, with the former rewarding the top ten finishers equally for their participation, and the latter paying according to championship classification on a sliding scale ranging from 19% through 10% for fifth place to 4% for tenth place.

All teams currently qualify for Column 1, being effectively 10 per cent of that pot, provided they have been classified in the top 10 at least twice during the three previous years. Newcomers do not presently qualify for Column 1 monies during their first two years (this is why the question of whether Racing Point is a new team has been disputed by 2016 newcomers Haas.)

However, under the proposal this will change. All teams old and new will be rewarded for their participation, with any new team receiving (at least) an amount equal to the last place payment – regardless of where that new team finished in the classification. Thus the Column 1 and Column 2 points structure will be merged into a single combined percentage.

While Ferrari’s current bonuses will run to a projected $110m this year – with Mercedes and Red Bull on approximately $75m apiece – the plan is to reduce the red team’s future special payments to $50m per year (around 5% of an overall fund estimated at $1 billion) – and drop all special payments to the other beneficiaries.

As previously revealed, the existing bonus structure will be replaced by a rolling 10-year matrix covering the top three teams in each season, with points awarded on the basis of three for first, second for second and one for third, and additional points awarded for historic constructors championships victories.

The rolling tallies will entitle qualifying teams to proportionate shares of the performance payment pot, in turn comprising 20 per cent of the overall prize fund, with Ferrari’s heritage payment taking it to 25 per cent. By way of comparison, the current bonus fund comprises approximately 30 per cent of the overall fund, with the balance ensuring a more equitable, albeit marginally so, revenue distribution structure.

Thus, the championship-winning teams will receive an effective 10% (Column 1) and 18% (Column 2), making for 14% before any bonuses, versus 14.5% under the current structure. Equally, fifth place currently receives a flat 10% of both funds, but benefits from a 10.4% merged payment from 2021.

According to sources the top- and bottom-placed teams lose out marginally, while the midfield teams benefit markedly, making for fairer overall distribution.

Finally, where the current annual prize fund and bonuses are a fixed percentage (of the sport’s EBIT (earnings before income tax), Liberty plans to incentivise the teams by boosting the fund via a complex formula according to growth, thus rewarding them for the sport’s success.

The bottom line, though, is that the mainstream teams will be better off, while the likes of Ferrari, Mercedes and Red Bull will continue to benefit from bonuses provided they continue to perform on-track. The days of ‘by right’ bonuses are over, save for Ferrari’s (halved) heritage fee.

Few details on the governance proposal are known, but it seems certain the current unwieldy structure will be simplified markedly.

Currently it consists of working groups which feed into the Strategy Group on which five teams sit, with Liberty and FIA representation. This forwards proposals to the F1 Commission (teams, FIA, Liberty, promoters, partners), in turn escalating them to the FIA World Motorsport Council for ratification.

The Strategy Group and F1 Commission are likely to be merged, with representation restricted to teams, FIA and Liberty only. Working groups for promoters, commercial and technical partner and broadcasters will be called upon to provide input on an ‘as-and-where-and-when’ basis, dependent upon topic.

This will, for example, prevent situations where promoters are required to vote on changes of engine manifold pressures or sponsors are called upon to decide on an amendment to tyre usage regulations or the shape of front wing elements. Any wonder the sport’s regulatory processes found themselves bogged down by such minutiae?

Timeframes and voting structures for regulations changes will also be relaxed to eliminate the need for last-minute unanimous agreement for what are on the surface sensible amendments, that are all too often caught up in some or other team agenda.

While no structure could ever tick F1’s myriad boxes, teams bosses seem largely comfortable with the commercial proposals, and save for some last-minute arm-wrestling – call that ‘posturing’ – the teams are likely to sign up sooner rather than later.

Certainly, should one or more decide to exit the sport, it will be for reasons other than F1’s covenants, for as proposed they provide more equitable structures while providing for flexibility and all-important growth. Coupled with the financial regulations they make F1 a vastly more affordable sport for current competitors, if not newcomers.

Barring any unforeseen hiccups, it seems to be a matter of ‘mission accomplished’ for Liberty and the FIA. This may in turn be reflected by the FWONK share price, which last week hit a peak of $44.93 – well up on its 2019 opener of $30.84.