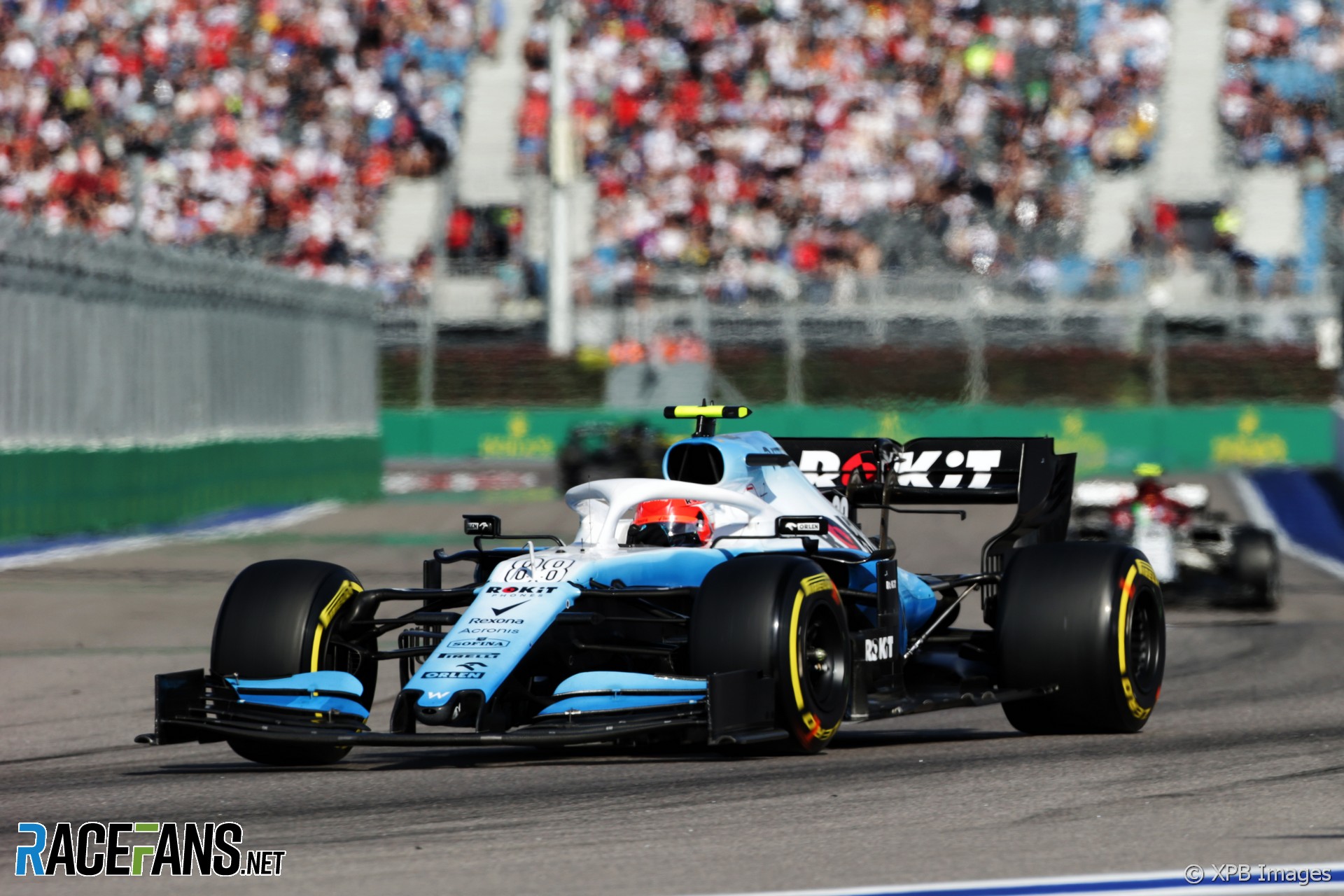 The parts shortage which led Williams to retire Robert Kubica from the Russian Grand Prix was the result of a “huge run of bad luck” according to deputy team principal Claire Williams.

Kubica was called into the garage shortly after team mate George Russell suffered a wheel problem and crashed out of the race. Russell’s car had also been damaged at the previous race in Singapore one week earlier in a collision with Romain Grosjean.

Williams said the parts shortage had been “really challenging” for the team, who missed the start of testing after failing to complete it first FW42 chassis on time. “We’ve had a huge run of bad luck which, considering the year that we have had this year, is probably not wholly surprising,” she said.

“A lot of the race attrition that we had with the front wing damage in particular has been predominantly out of our control. We’ve had racing incidents with other drivers coming into the car and causing those issues. But it has put an enormous pressure on the team, clearly, particularly in operations and manufacturing.”

She praised the work the team had done in addressing the shortage of parts. “I have to say, the job that has been done at the factory in order to make sure that we are back at a level we need to be, they’ve done an amazing job.”

This was complicated further at Suzuka where Kubica crashed during the rescheduled Sunday morning qualifying session, leaving the team in a race against time to repair his car for the race.

“Everybody saw the job, together with the rest of the garage because everyone had to work together, to get Robert’s car ready for him to go out for the race on Sunday afternoon,” Williams continued. “How they did that is quite extraordinary.

“But I think the way that everyone’s been doing at Williams over the past many months this year has been extraordinary, considering we were always on the back foot after testing, not getting the car to Barcelona in time and then getting race quantities up to the quality that we wanted. [That] has better marathon for everybody.”

Williams believes other teams would have been forced to pull cars out of races in similar circumstances.

“I think any team that was in the same position as us would have been in the same position, having to retire [from] races. Because trying to keep up with Formula 1 these days when there are so many race days in close succession and when you have incidents, it’s really difficult.

“We’re not, and I can’t imagine many teams are, in a position to be able to take many more than five front wings to a race. And you’re doing two or three of those over the course one and you’ve back to back the next weekend. What do you do?

!So this is not a situation that could be only something that Williams would find itself in. I’m sure other teams may have found themselves if they’d have had the misfortune that we did.

“This is not, and it shouldn’t be perceived as, a reflection on our ability to get race quantities to the track. It’s certainly not, because we do manage to do that. It was just a conspiracy of bad luck with a double-header and a load of incidents that were out of our control.”