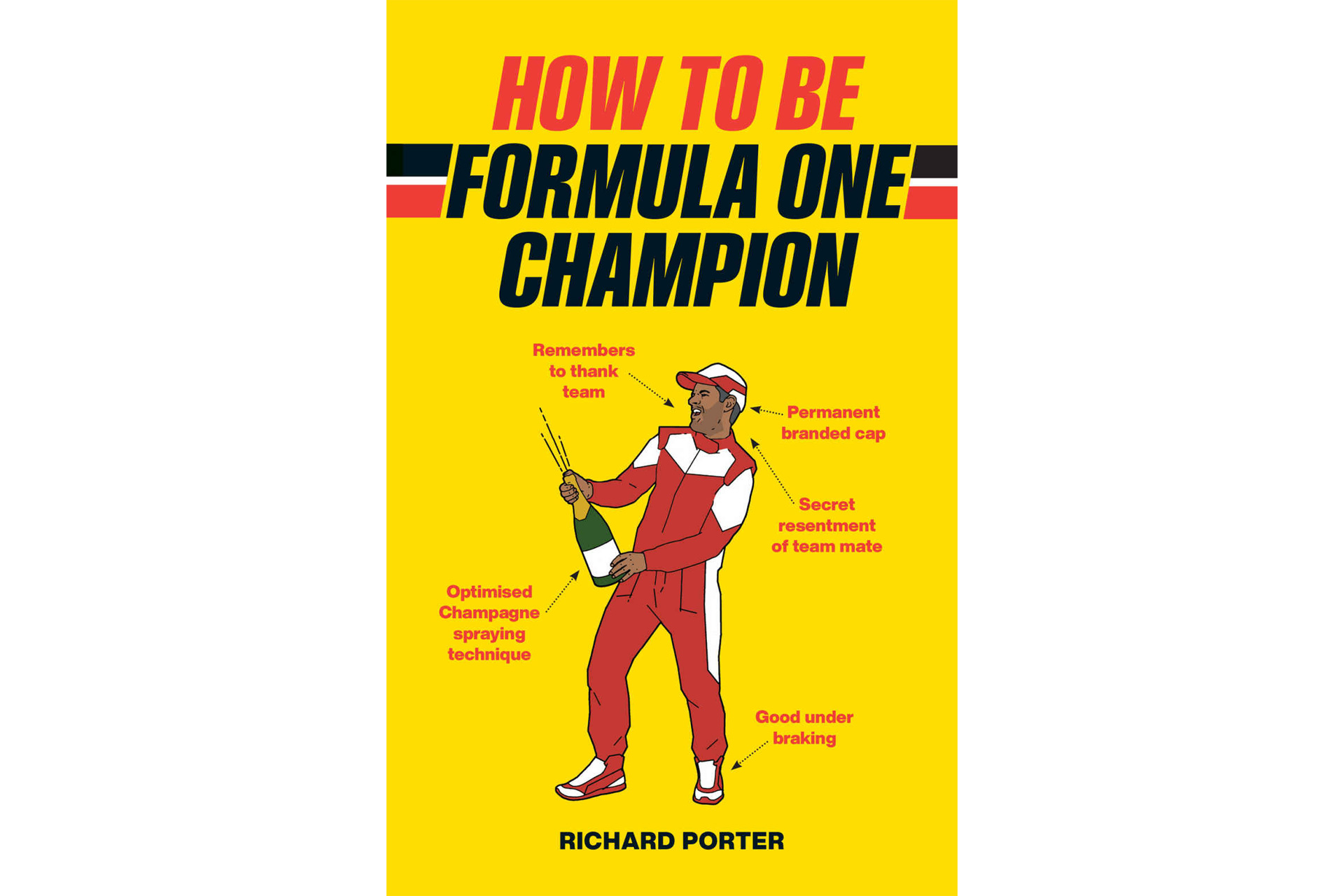 Throughout most of my twenties Richard Porter’s Sniff Petrol website was a perennial favourite blending silliness (I still giggle at the Renault F1 team logo being replaced with a picture of the soundalike French actor) with razor-sharp satirical bite.

As recounted in his excellent memoir “And On That Bombshell” far more prominent people were also drawn to the site, leading to a behind-the-scenes role throughout the Top Gear glory years.

It has long been the case that some of Sniff Petrol’s best material has been F1-based, and in the hope of some long-overdue trope-skewering I was looking forward to ‘How to be Formula One Champion’.

Unfortunately whilst raising a smile or two here or there ‘How to be…’ just feels rather one-note and flat. To those who follow the sport closely much of the humour is obvious without substantial leaps, thinly-veiled jabs, or off-the-wall diversions.

Instead the narrative is largely a slightly amplified version of the average driver biography. Who knew it was expensive to get into Formula 1? Or that most drivers don’t like their team-mate?

That said, as a 12-year-old I would have found ‘How to be…’ hilarious. And that is probably the target market for this book, which is Porter’s twenty-third.

It is also a disconcertingly slight package and won’t take more than an hour of your time. That is fine enough, but at £9.99 for the print edition it is one the borderline of what could charitably be called value for money.

I had hoped “How to be Formula One Champion” would be a more obviously essential and hilarious purchase that this. Still, the festive season is not coincidentally approaching, and if you’re stuck for a Secret Santa gift for an F1-mad work mate you could do worse than this.

Buy “How to be Formula One Champion”

How to be Formula One Champion