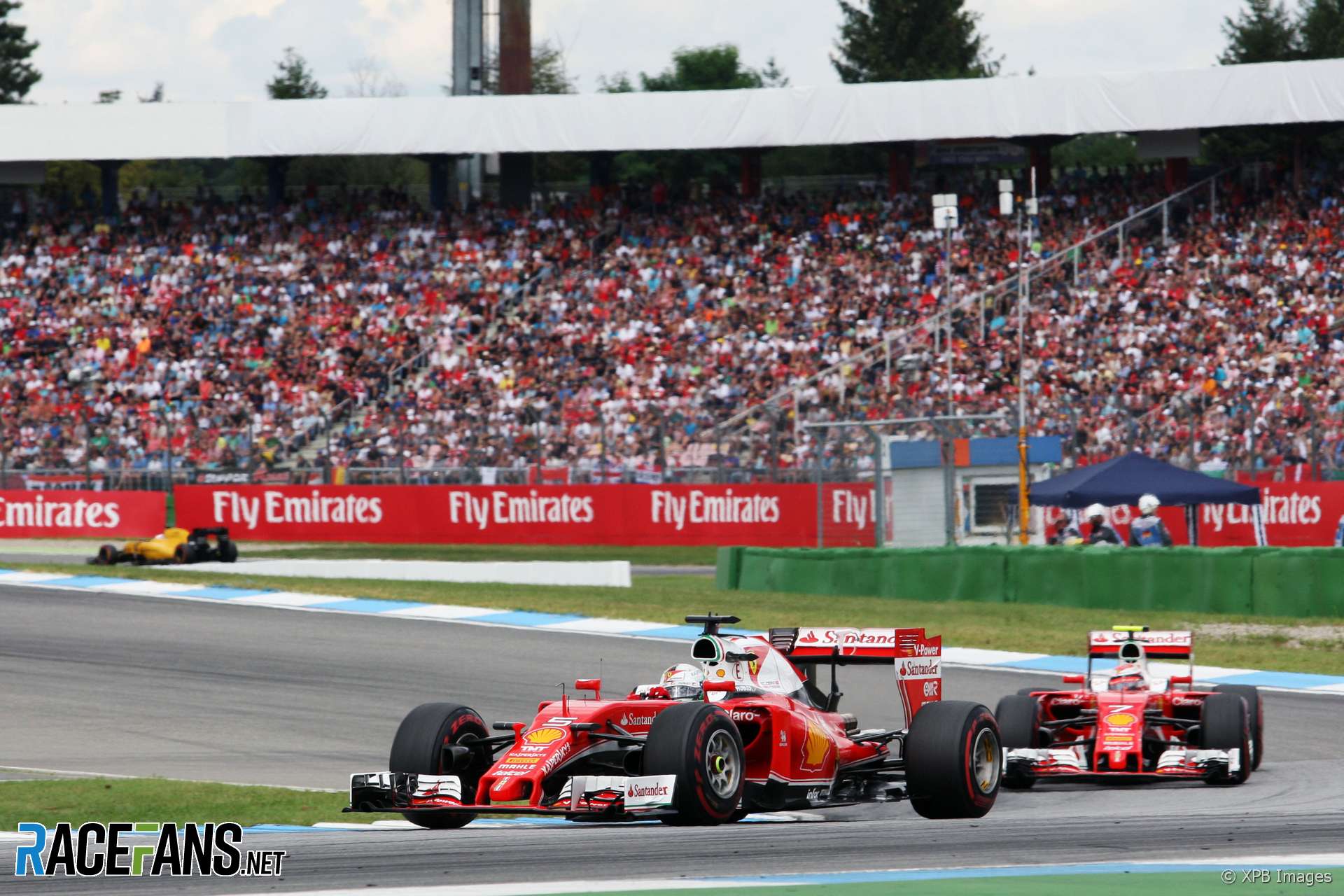 Sebastian Vettel says he doesn’t want Formula 1 cars to become “slow” again after the sport revealed new rules which are expected to increase lap times by over three seconds.

The FIA’s head of single-seater matters Nikolas Tombazis estimated the new cars for the 2021 F1 season would be “between three, three and a half second slower per lap”.

Tombazis expects the teams to find more performance once they begin developing cars for the rules. But he stressed the goal of the new rules is to create cars which can races more closely.

“We don’t think [performance] is the key parameter of the spectacle,” said Tombazis. “We feel that the race-ability is the main target. We haven’t been focussing on an exact level of performance.

“Clearly, we cannot predict exactly where the downforce will end up compared to current cars. It will be a bit less after the development has been carried out.”

Tombazis pointed out the model car presented to journalists today is not as well developed as a final 2021 car will be.

“Therefore, we are quite confident that the performance will not be a key parameter that will differentiate these cars to the current cars.”

Formula 1 motorsport director Ross Brawn sees no problem if lap times increase to the level seen before new aerodynamic regulations were introduced in 2017.

“These cars, remember, from ’16 to ’17, had a huge increase in downforce. It’s worth thinking back on that experience because it was done for reasons I don’t understand.

“The huge increase in downforce was ‘let’s make the cars go faster, that must wait Formula 1 better’. Well, all we’ve done is we’ve actually made it worse because the cars can’t race each other.

“It’s an example of an un-thought-through program. So the cars are very quick now but they’re not race-able. The reality is the performance of these new cars is going to be about where we were in ’16, [when] I don’t think anyone was ever complaining about the cars being slow.”

However Sebastian Vettel does believe the cars were too slow, in F1 terms, three years ago.

“I think the cars are a lot more spectacular since 2017,” said the Ferrari drivers. “Now we know what the cars can do. It was quite slow before that.

“Obviously we had very little drag and it was great in a straight line but that’s not the exciting bit for us and it was significantly slower than maybe some years earlier.”

F1’s target for its 2017 regulations was to reduce lap times by five seconds at the Circuit de Catalunya compared to 2015. That target was beaten – the cars were 5.5 seconds quicker. Compared to 2016, the 2017 cars were 2.3 seconds per lap faster on average across the whole season.

“Which is obviously related to, in a way, some of the safety measures. But I think everybody accepts that. [And] the power unit. So that is really, I think, the biggest difference if you really make a big [comparison] between now, where we are, and where Formula 1 has been 10 or 20 years ago.”

But he does believe the sport is doing the right thing by trying to make it easier for drivers to race closely.

“The target that we’ll set out is to make a step forward. Now, obviously we have an idea. I think everyone was sort of waiting for that day to come. And now I think we need to try and understand what exactly that idea means.

“Obviously, on paper, the ideas are always great. I think it will materialise a little bit more in the coming weeks. So we’ll see in the end of the day. No matter how the cars look, if the racing is better for us, it’s more fun then. That’s a win.”