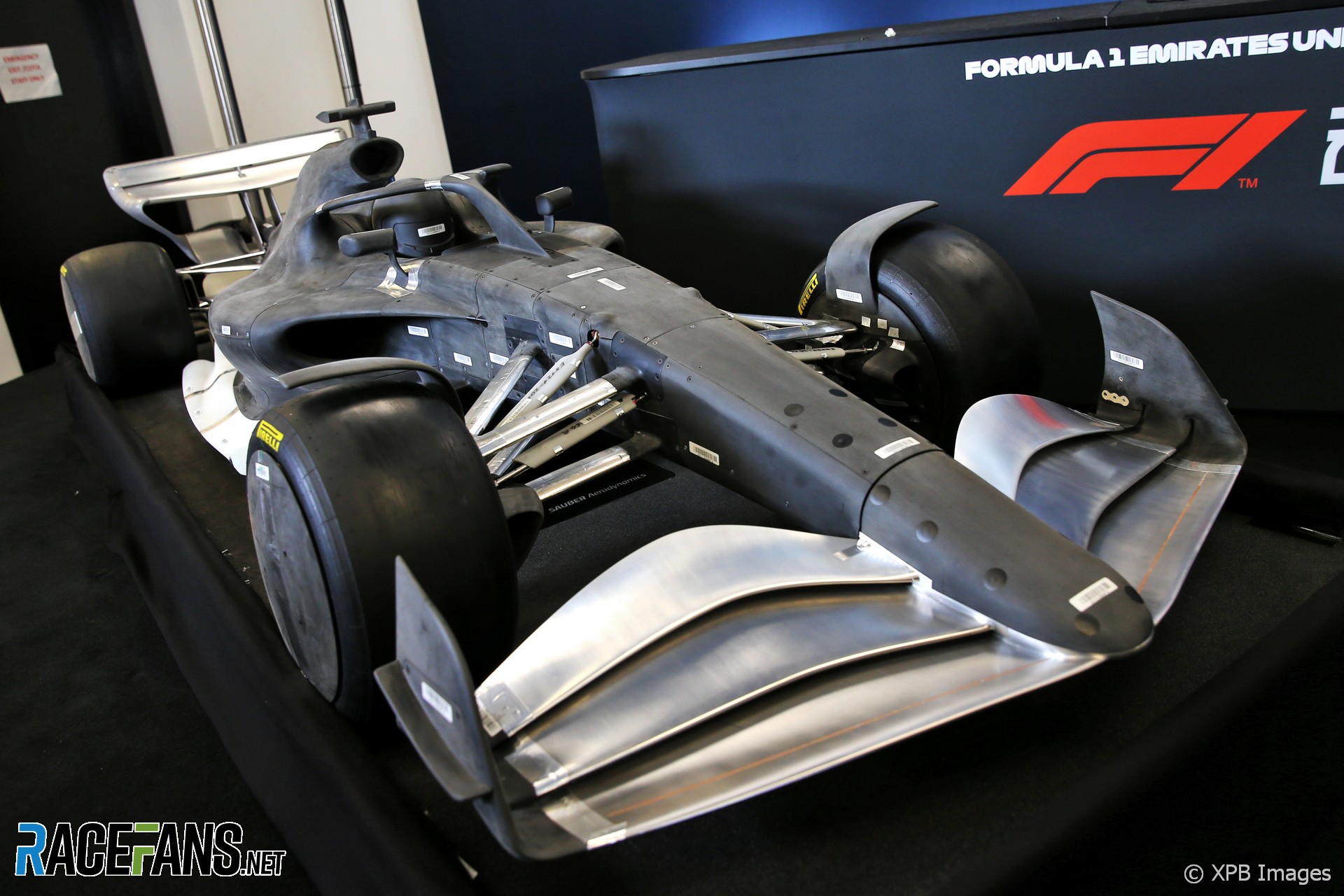 Formula 1 has revealed how cars could look under its definitive rules package for the 2021 season.

The latest model of a 2021 car, above, reveals small changes over previous versions. F1 has also released images showing how a 2021 car could look (below).

The most significant change is at the front. The square-edged front wing seen on earlier iterations is now more tapered and pointed. The endplates are triangular and angled more aggressively upwards.

As this model represents how a car built to the planned 2021 regulations could look, there will be some scope for teams’ designs to differ, and each car may not look exactly like this one. The confirmation of the rules is likely to prompt teams to increase the development rate on their 2021 cars, as their designs for next year will be fairly advanced at this stage in the year.