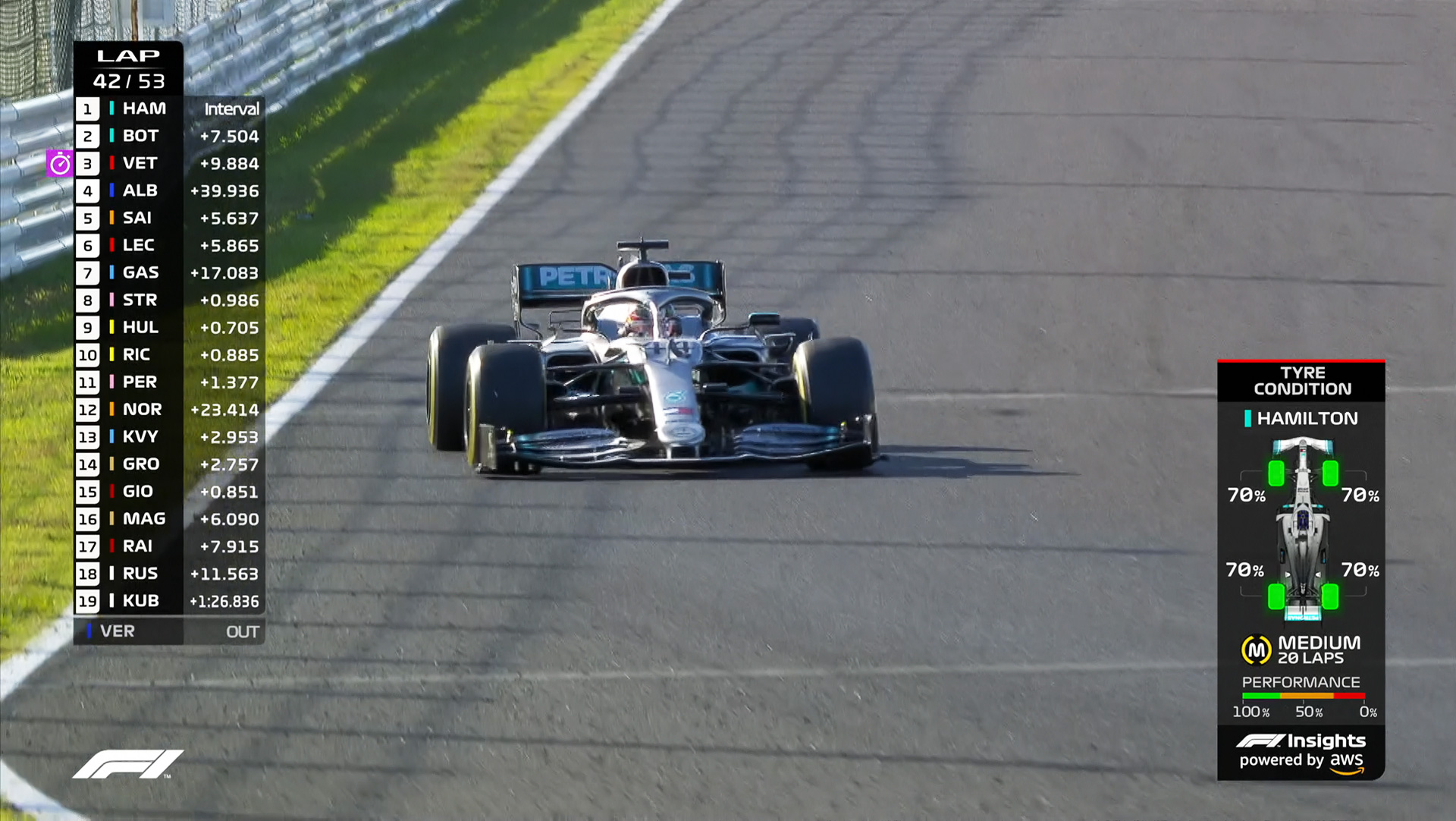 Formula 1’s official tyre supplier has cast doubt on the accuracy of the sport’s new television graphics which claim to show how worn drivers’ tyres are.

Pirelli’s head of car racing Mario Isola said the graphics do not use data supplied by Pirelli and questioned whether Formula 1 could accurately calculate the information.

The graphic appeared for the first time during last weekend’s Japanese Grand Prix. It displayed percentage values showing the extent of wear on each of the four tyres on a driver’s car. “I was surprised to see that,” said Isola, who described the graphic as “misleading”.

Isola is concerned the data could give fans the impression it includes information supplier by Pirelli. “The data is not coming from us,” Isola said. “We will talk to them to understand a bit more because it was a surprise in Suzuka to see this.”

Calculating the extent of tyre wear in real-time is difficult because of the large number of variables involved, said Isola. “Driving style, the car, the level of management during the race.

“The conditions that you have on Sunday compared to Friday: Because the data are estimated on Friday, if on Sunday you have 10 degrees more or 10 degrees less, it could be different.

“If you are in free air or if you are in traffic, it’s different. How much you are managing the pace for the fuel. There are too many parameters that you should consider in this calculation. If you have an estimation of 25 laps and after 10 laps you say ’15 are left’, I think it’s not accurate.”

“It’s very difficult to predict the level of wear of any car,” he added. “We can make an estimation based on an average, but then you have data that are related to each single car and they are different.

“This is something that also the teams would like to know because if you have a reliable prediction of the wear, as a team, you have a big advantage. So as you can understand it is information that is really difficult to get.”

The graphics are one of several new additions to F1’s broadcasts this year which are branded by Amazon Web Services. Last year Formula 1’s managing director of motorsport Ross Brawn said AWS’s artificial intelligence technology would be harnessed to create the graphics.

“We can look at the history of the tyres and how they’ve worked and where [a driver] is in the race and machine learning can help us apply a proper analysis of the situation,” he said at the time.