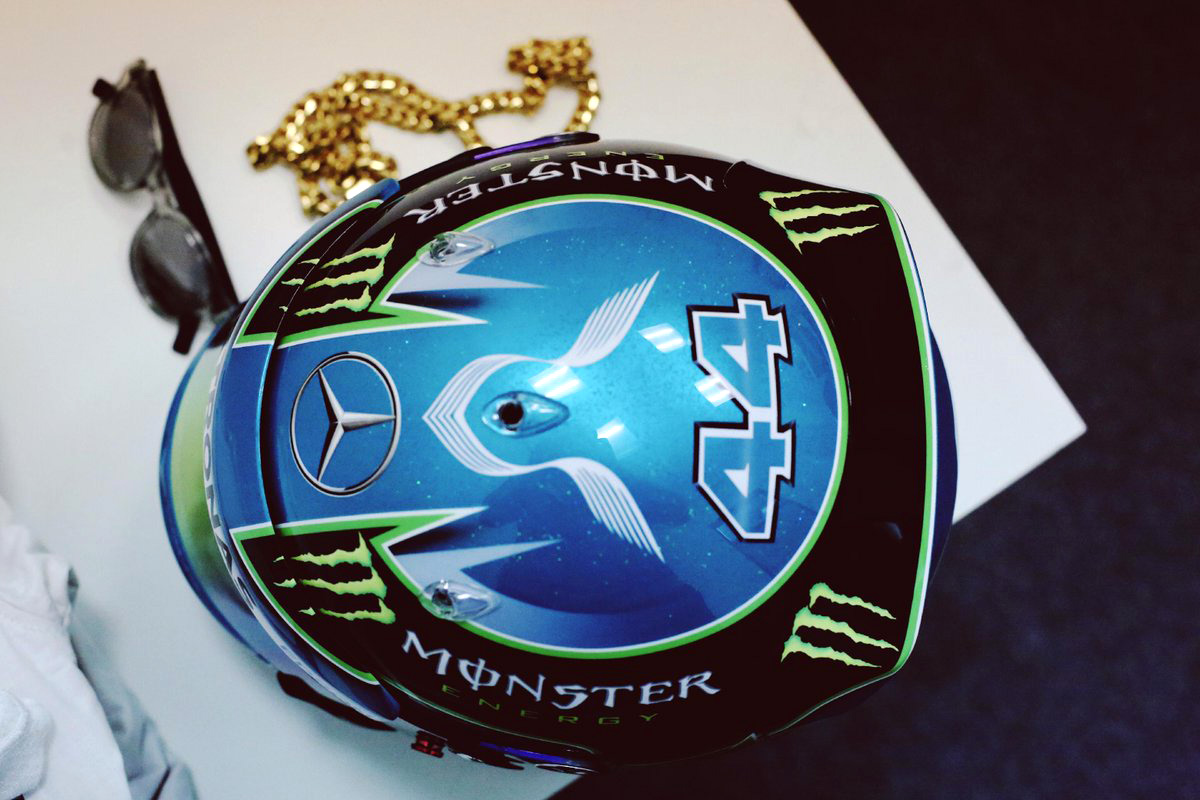 Lewis Hamilton has joined other drivers in criticising rules which limit how often drivers may change their helmet designs during a season.

In a post on social media, Hamilton asked his followers: “How many of you think it’s bs [bullshit] that the FIA only allow the drivers one helmet design change in the year[?]”

“It’s the only thing a driver is able to express their creativity with and they block it,” he added. “Who thinks we should be free to express ourselves and have more changes? Would love to know your thoughts.”

Several other drivers voiced their unhappiness with the rules after Daniil Kvyat was forbidden from using a special design for his home race in Russia.

He fell foul of Article 9.1 of the sporting regulations which states “the crash helmet of each driver must, with the exception of one event of the driver’s choice, be presented in substantially the same livery at every Event during a championship season.”

Hamilton has run afoul of the same rule before. At the 2015 Malaysian Grand Prix he brought a special design in the colours of sponsor Petronas (pictured), but was unable to wear it.

However the FIA has already indicated it could rethink the rules limiting drivers helmet changes. Race director Michael Masi told drivers in Sochi the regulation was “something that we’ll look at”.