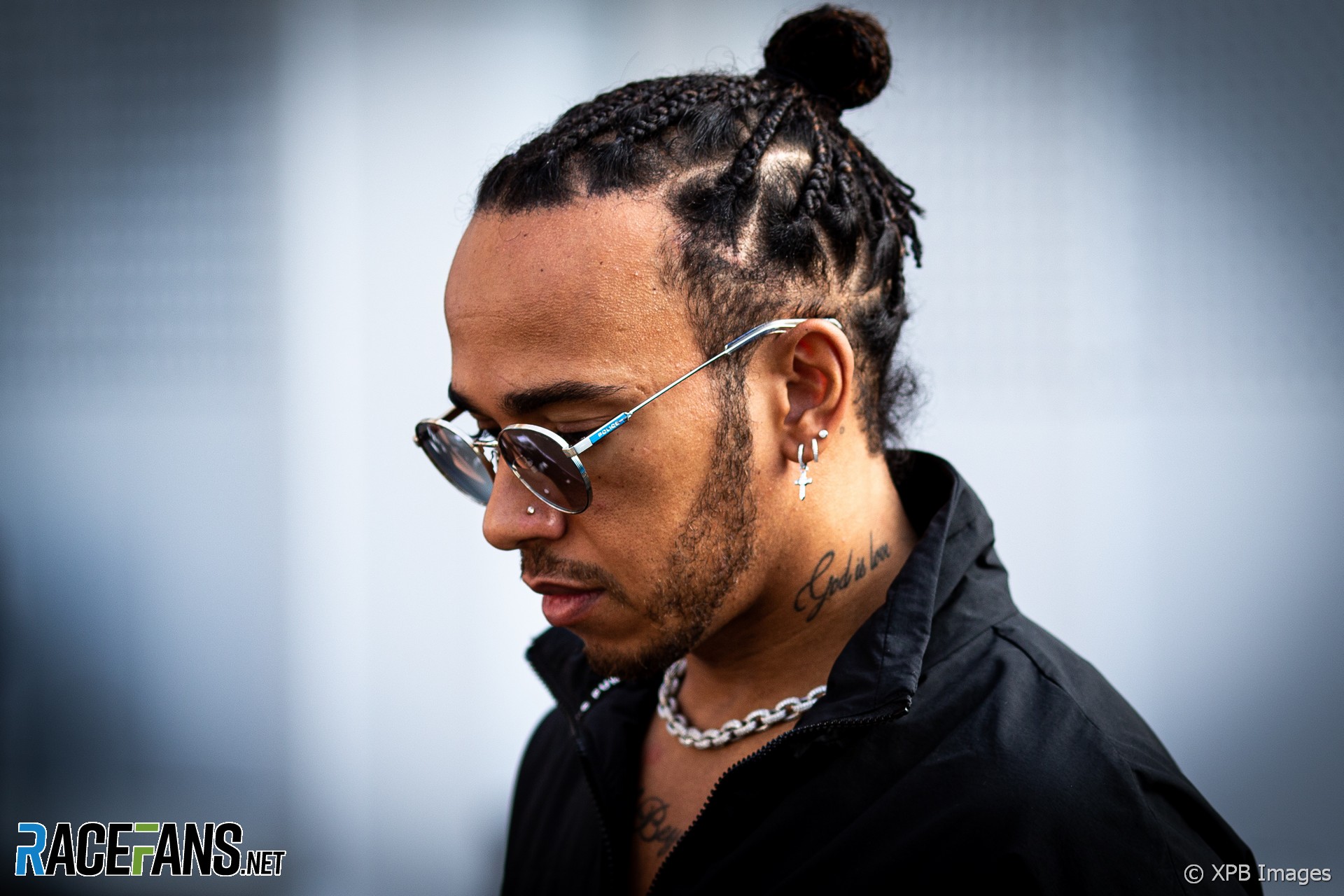 Lewis Hamilton says he intends to make his lifestyle ‘carbon neutral’ by the end of the year, following criticism of his comments about the environment.

But while the Mercedes driver revealed he is trading his normally-aspirated road cars for electric cars, he ruled out a move into the all-electric Formula E series.

Hamilton has faced growing criticism after urging his millions of followers on social media to adopt a more environmentally-friendly lifestyle. Last week he posted, then deleted, a series of messages expressing his concern for the world’s future.

Speaking in today’s FIA press conference Hamilton explained what was behind the posts. “I was watching a documentary and it was just sad to see the things that we are kind of not aware of,” he said.

“It just inspired me to want to do more and reach out to those who perhaps don’t know some of the things that are happening.”

While Hamilton has shared many images of his lavish lifestyle on social media over the years, he revealed the steps he is taking to reduce his own carbon footprint.

“I’m trying to make sure that by the end of the year I’m carbon neutral. I don’t allow anyone in my office but also within my household to buy any plastics. I want everything recycle-able down to deodorant, down to toothbrush, all these kind of things. So I’m trying to make as much change as I can in my personal space.

“I sold my plane over a year ago. I fly a lot less now, I try to fly less through the year and mostly fly commercial so that’s been a big change in my habits. I’ve avoided trips as well if I don’t need to do it, been in the UK for example with family and gone up to Bedfordshire and stayed with the family instead of gone on holiday.

“Obviously I’ve changed my diet which is quite a drastic difference,” he added. Hamilton switched to a plant-based diet during 2017.

He also revealed the changes he has made to his collection of cars. “I have my new Smart electric [car] at home. And I’ve sold several of my cars.

“Some of them I don’t really want to sell because I still love them and I’ve worked hard for them. I don’t drive them a lot if I’m really honest. And also all the cars that I have – Mercedes, I’m very fortunate to get quite a few cars around the world, I have three Mercedes in the States, for example – sent them back and get [all-electric] EQCs.

“I have a Maybach in London, for example, I’m looking now to switch that. I think they’re bringing a hybrid out at the end of the year for the Maybach, I love the Maybach, however right now that doesn’t really suit what I’m fighting for so I need to change that also for an EQC or one of the hybrids they have. So I’m constantly making changes.

“But it’s not a quick fix, it’s not something you do over a short period of time. But I feel positive that I’m making those changes and I’m encouraging people around me, my friends are seeing me doing those and also be more conscious and looking to do those kind of things.”

Hamilton said he is also encouraging Mercedes and the other companies he works with to reduce the waste they produce.

“I work with the team who are also really pushing to be carbon neutral. For instance in the canteen, because there’s a lot of plastics, you’ll see here we have mostly Just Water which are biodegradeable bottles.

“I’m working with Mercedes on a future plan with them. For example car manufacturers have all-leather interiors. There’s no reason why we can’t have faux-leather, faux-suede so I’m pushing to be part of that change with Mercedes-Benz.

“Obviously I work with Tommy Hilfiger. Nearly 70% of all the clothes that I’ve done are sustainable: Either recycled fabrics or faux-leather, faux-suede and the goal is to have that 100%. At some point that will be 100% sustainable, hopefully in the next year or two. That’s also encouraged Tommy Hilfiger who work in quite a damaging industry to also look into that and push that direction.”

He also wants Formula 1 to cut its impact on the environment. “If you look at our sport it’s shifted from using a third less fuel now.

“There’s more I think that Formula 1 can do. They are putting plans together but I think we have to push all the industries, we have to push Formula 1 to do more and I think they’re giving us a proposal later on today for the plans they have in place and we’ll do whatever we can to support that.”

However while Hamilton says he “still loves racing and I want to continue with that”, he isn’t prepared to leave F1 for its all-electric rival, which Mercedes is entering this year.

“I have no interest whatsoever to do Formula E,” he said. “That’s not something I plan, currently, to do.”