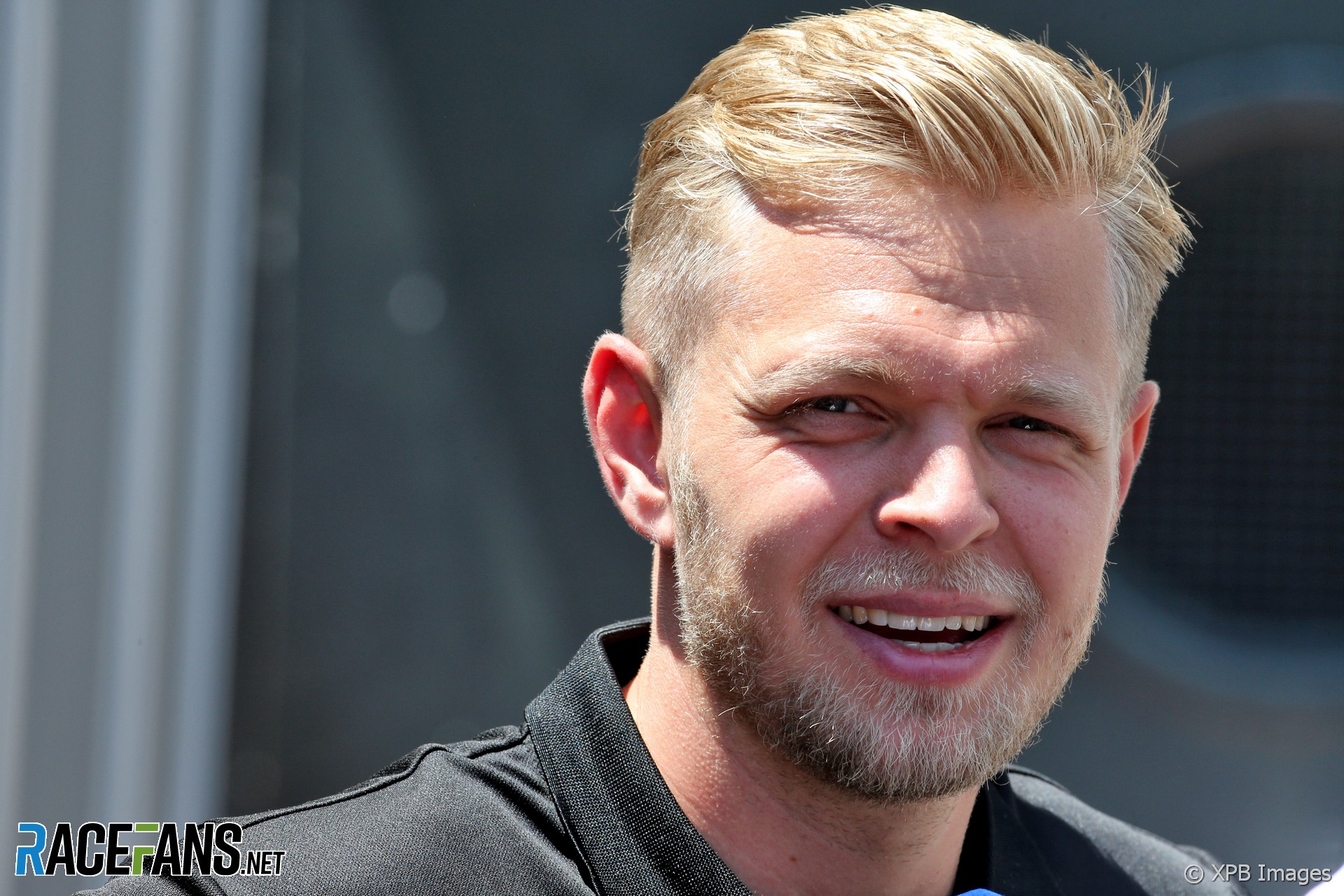 In the round-up: Kevin Magnussen enjoyed having qualifying and the race on the same day in Japan.

Although Magnussen had a poor result at Suzuka, he enjoyed the changes to the weekends prompted by Super Typhoon Hagibis.

Absolutely, it’s been a really fun day. I think a very interesting and very intense. I’d love to see this be the way forward in the future.

Formula E began testing for its 2019-20 season at Valencia yesterday, with new teams Mercedes and Porsche joining the 24-strong field.

Thank you Singha Corporation for a nice day!

This appears to be the official website for the planned 2021 Miami Grand Prix.

'He doesn't get the credit he deserves, and that's a problem for our sport' (Daily Mail)

Daon Hill: "Perhaps he (Lewis Hamilton) doesn’t get the wider credit he deserves but that is a problem with our sport. I don’t think it’s Lewis’s fault. I wonder if it’s the sport itself that has drifted away from the centre of attention."

"Hargreaves' full messages were not read out in open court, but were described as 'grossly offensive' and all displaying a preoccupation with motorsport, particularly Formula 1, and racist language."

"Sad news for the Club and for the whole motorsport community. On October 12th our dear friend Nanni Galli died at the age of 79."

Is Sebastian Vettel right that Ferrari have all they need to beat Mercedes?

They have a slightly better car sometimes. What they lack is operational perfection to get the most out of every weekend and then a safe 0.3-0.5s lap time advantage.

They fixed the car with one third of the season to go. Before then they were only competitive on the right tracks.

But overall yes they are there about. Especially Vettel under-performed greatly. If he was two to three tenths ahead of Leclerc like a great driver should be, then that would be enough for many more wins this year. But with all the mistakes in last two years what feels like every second weekend was thrown away in some kind of incident (mostly Vettel under pressure).

Meanwhile look at Hamilton, I cannot remember when was the last time he dropped the ball? Certainly not every second race. Even Bottas would be a serious threat if he did that.
NewVerstappenFan (@Jureo)