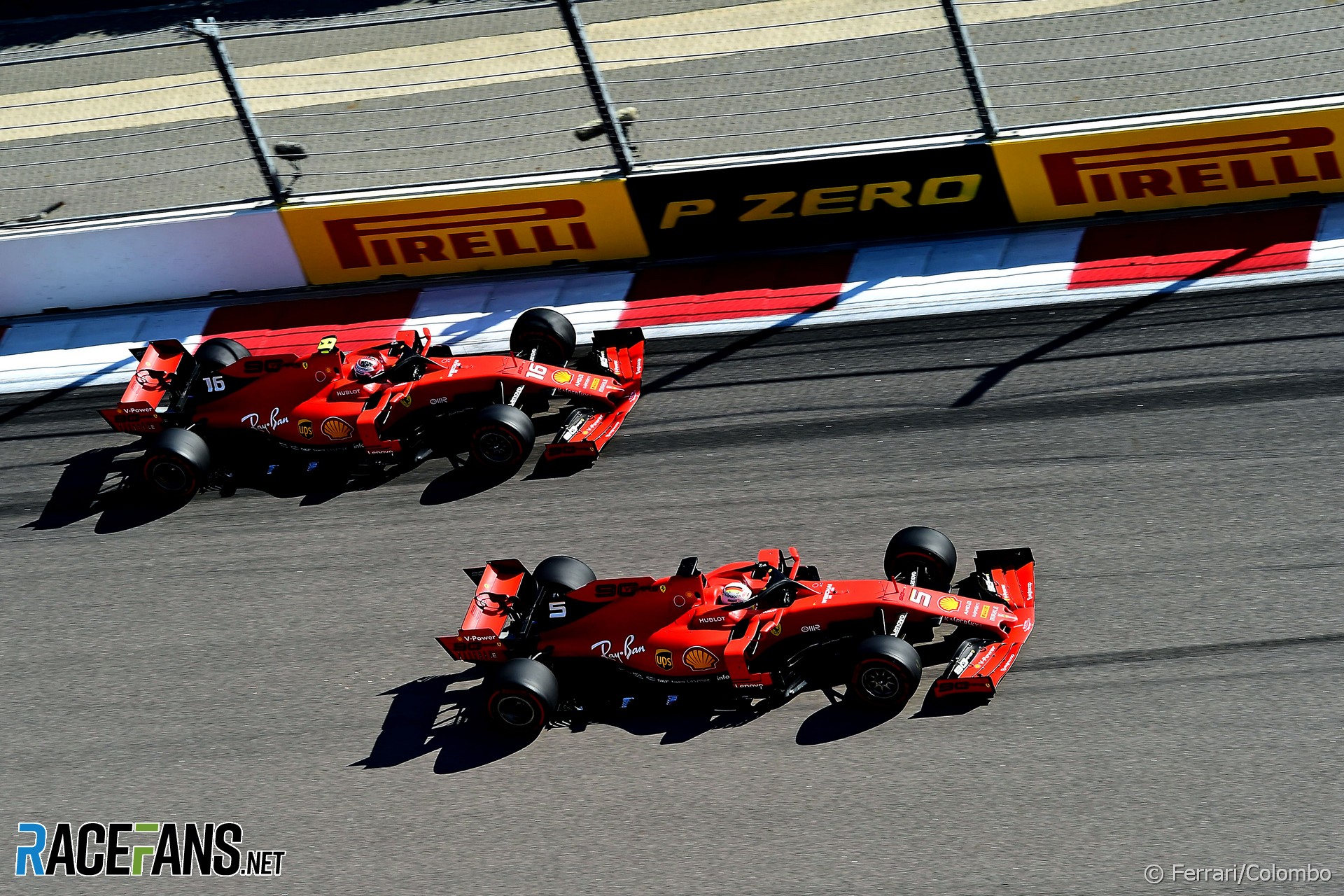 Ferrari over-complicated their tactics at the start of the last race by telling Sebastian Vettel to let Charles Leclerc overtake him, according to Red Bull motorsport consultant Helmut Marko.

Speaking to RTL, Marko criticised Ferrari’s attempt to co-ordinate their drivers’ starts at Sochi. Vettel was allowed to pass Leclerc on the understanding he would have to hand the lead back later, which Vettel then refused to do.

“I believe it was wrong to agree such a strategy at the start,” said Marko, who claimed Ferrari did not need to go to such lengths to help Vettel overtake Lewis Hamilton.

“First of all, Mercedes had the harder tyres and if Hamilton had started better and gotten away the whole thing would not have happened. One shouldn’t over-complicate matters. The faster one should just retain the lead and then it sorts itself out.”

Vettel famously disobeyed a team order during his time at Red Bull when he passed Mark Webber to win the 2013 Malaysian Grand Prix. Marko admitted the team struggled to contain the rivalry between those two drivers.

“Webber/Vettel is the opposite situation [in that] Webber was the established driver, obviously the elder, Sebastian was the younger,” said Marko. “And, yes, we had our problems. We sorted them sort of halfway, but it was not easy.”

Vettel appears to have lost the upper hand at Ferrari to Leclerc, who has started ahead of him in all of the last nine races and overtaken him in the championship. This has prompted speculation the four-times world champion could seek a return to Red Bull.

Marko admitted he has spoken to his former driver “but not about this situation, but generally.

“He appears quite relaxed about it. But that is part of it at Ferrari: emotions always come to the fore and spread outwards more than at other teams.

“It will resolve itself, and he simply needs to provide the answer on the circuit, as he did in Russia. That was the right direction.”

“His races have largely been competitive,” Marko added. “That’s where he has been faster than Leclerc. In qualifying he seems to have been slightly behind.

“But with the direction the development of the car has taken he seems to be doing better. That seems to have been his main argument why it did go so smoothly [before]. I don’t think one write off Vettel.”

11 comments on “Ferrari are over-complicating their driver tactics, says Marko”