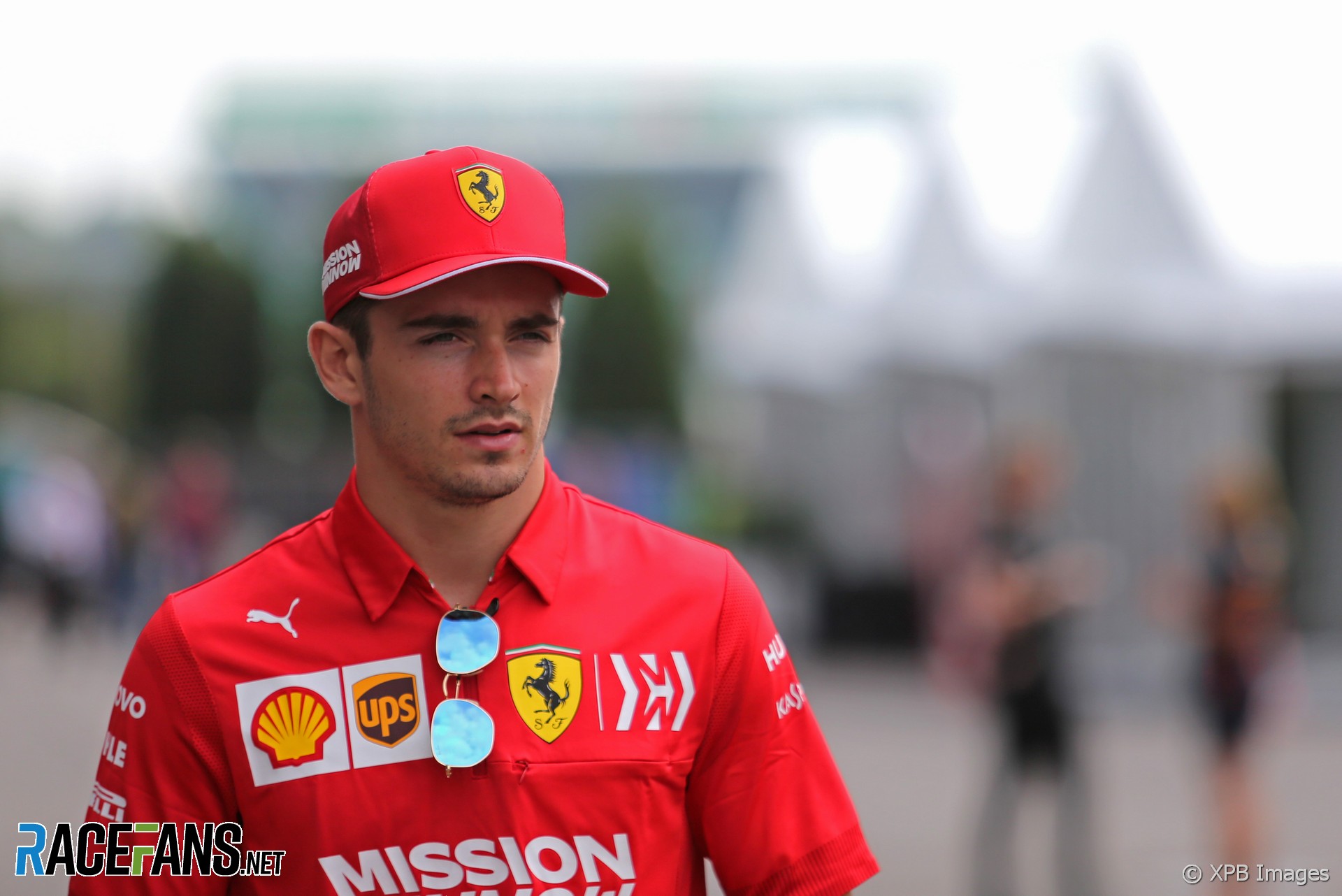 Vettel was told three times to let Leclerc past in the opening stages of the last race at Sochi but refused to, and eventually stopped responding to the team’s demands. Asked whether Ferrari expects its drivers to follow their instructions, Leclerc said: “I think that’s clear from the beginning of season we need to obey team orders.

“And what is clear is that the situation wasn’t clear for both of the drivers starting the race. I think that’s the most important so we spoke about it and we’ll make sure this situation doesn’t happen again in the future.”

Leclerc confirmed he met with team principal Mattia Binotto, but not Vettel, following the last race.

“I had some things happening on the day [Vettel] was in Maranello so we didn’t have the chance to meet up together. “But I had a meeting with Mattia, he had one with Seb the day earlier, and everything is fine.”

Ferrari made an arrangement with its drivers on how they would handle the start of the race in Russia. Leclerc allowed Vettel to overtake him, after which Vettel was told twice to expect a call to let Leclerc by.

22 comments on “Leclerc: Ferrari will ensure team orders are obeyed”