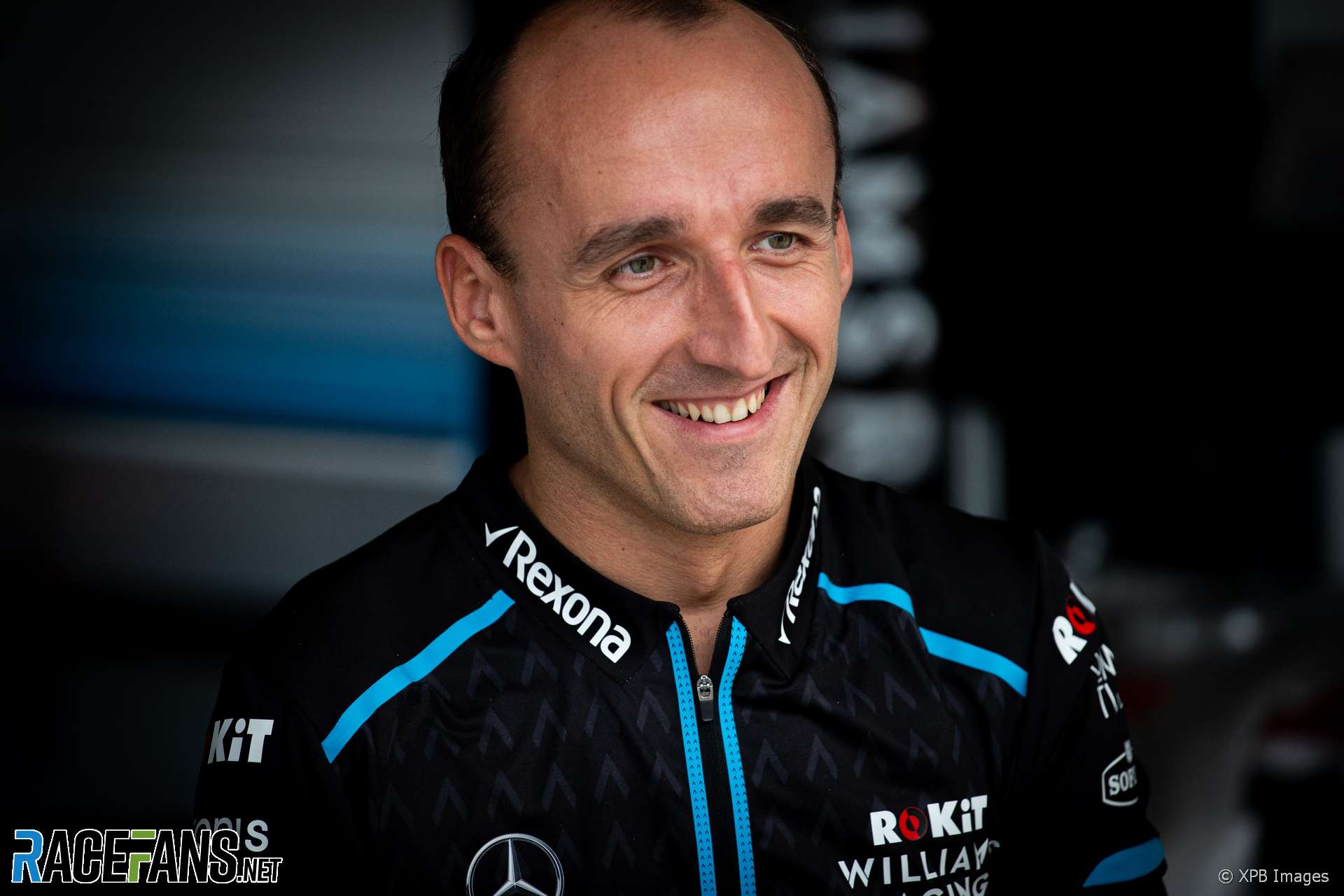 Williams were fortunate not to encounter problems with a parts shortage earlier in the season, according to Robert Kubica.

The team withdrew Kubica’s car from the last race in Russia after a wheel but problem caused his team mate George Russell to crash out. Russell had also crashed at the previous race in Singapore, which left the team with a shortage of parts, prompting them to end Kubica’s race.

The team missed the start of testing after failing to complete its first FW42 chassis in time. Kubica said they were fortunate not to have been disadvantaged by parts shortages in subsequent races.

“I think we were very lucky,” said Kubica. “Somehow you have to be lucky as well because a first-lap accident might occur every time. You never know because we have no control over the others.

“Together with George we have been lucky for all the season to not do silly things or limit silly things. And we were able to, let’s say, hide the problem for pretty long.

“But unfortunately Singapore and Russia showed up that we were not ready for what is called a risk of motor sport and racing. Because in the end nothing strange happened, we just lost a couple of front wings, which might happen every weekend.”

Kubica admitted he was disappointed at having to cut his race short in Russia, but defended the team’s decision.

“I think I did pretty well during all year to save the car as much as you can. But I think on the other hand you have to react to the situation we are in and probably this was from team’s perspective the the right choice.

“But it’s a bit disappointing. Especially that somehow it is not the first race of the season and we have been doing Formula 1 for pretty long. Of course we were we were unfortunate with George losing two front wings in Singapore and one in Russia. But still you know it’s the kind of things that it’s racing, it can happen.”

13 comments on “Kubica: “We were very lucky” not to have parts problem sooner”