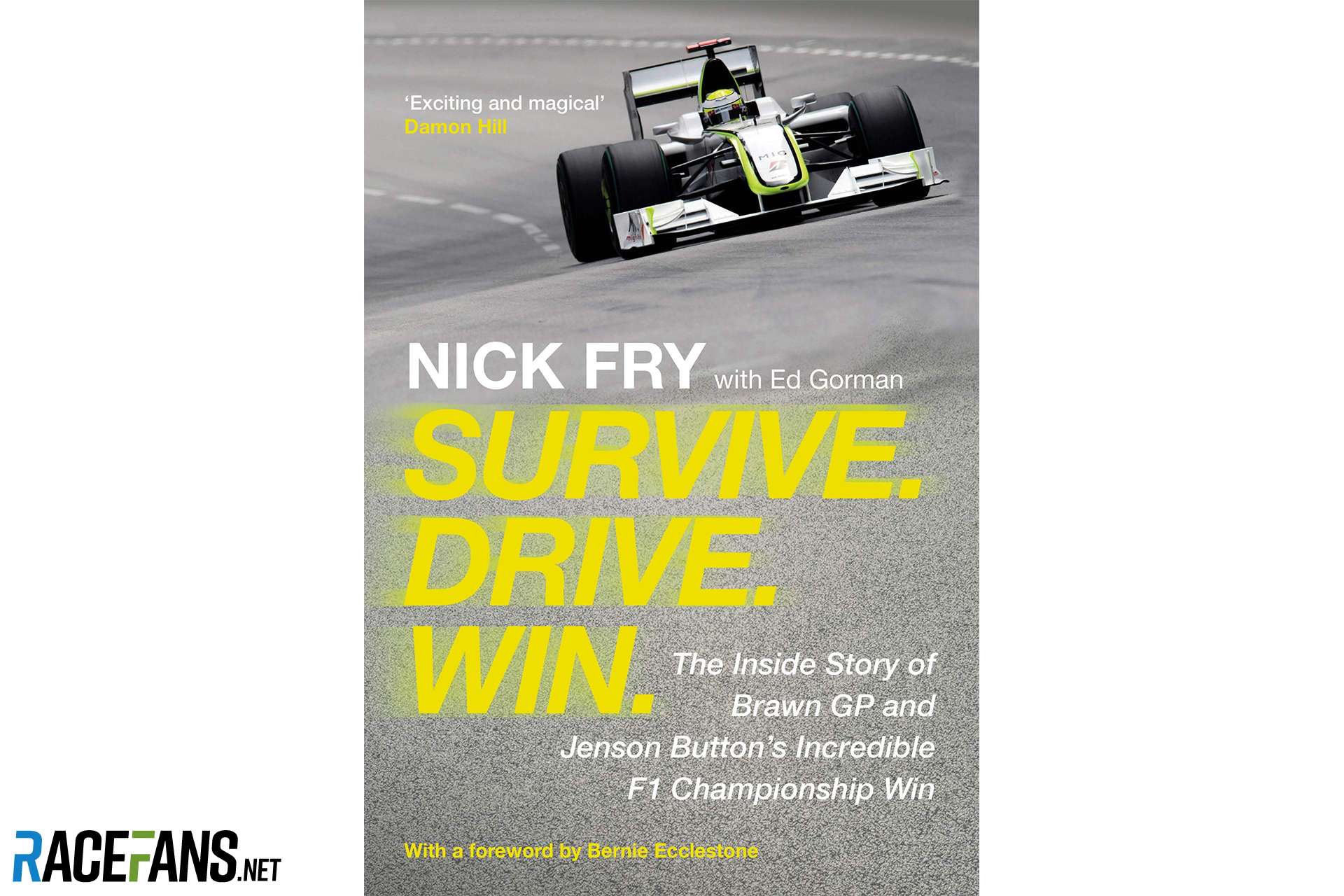 History has given something of a fairytale gloss to the 2009 F1 season, in which Brawn GP emerged from the sudden demise of the Honda team, equipped with a double diffuser, and swept Jenson Button to an improbable championship triumph.

Ten years on “Survive. Drive. Win.” is the first-hand account of Brawn GP’s season from its then-CEO Nick Fry.

There is a certainly a remarkable story to be told here, from the sudden axing of funds from Honda which left the team facing total collapse, the rescue masterminded by Fry and technical director Ross Brawn, the sweep of early season victories, Button’s run to the title, his departure and the team’s subsequent sale to Mercedes.

Unfortunately “Survive. Drive. Win.” isn’t quite a definitive account, falling between two stools – too lightweight to be a full account of the business of F1, but also too focused on behind the scenes happenings to appeal to the driver biography market.

Written by former Times F1 scribe Ed Gorman, there is an uneven tone to the book. The chapter covering Honda’s departure has a ‘gasp’ count that comfortably rivals the adventures of Rachel and Kirsty in Rainbow Magic (parents of reception age children will know exactly what I mean), whereas other sections are a bit, well, dull.

That’s not to say the book is short on interesting nuggets; some of the initial suitors looking to swoop on the Honda assets, the Ron Dennis aero conversation, and the Jacques Villeneuve phone call all make for fascinating reading.

Also thought-provoking is the account of the team’s fall from grace at the end of 2008, and despite the shock of the financial crash, its striking that no substantial multi-national buyers, or other major motorsport players came forward to see if they could acquire the team. A few of the potential suitors come across as bullets that were well dodged.

There are come conspicuous omissions, however. I couldn’t help but speculate whether the hand of the non-disclosure agreement hovered over some sections where details are noticeably thin.

Fry is at his most candid when discussing drivers – both Button and Rubens Barrichello receive bouquets and brickbats as merited – with a general undercurrent that the car and the team were the stars, rather than the drivers.

The double diffuser of course gets a full airing, but what I didn’t realise is just how strong the car’s potential was at very early stage in the design process. All of which casts doubt on the wisdom of Honda’s decision to pull out of a sport it returned to, albeit reduced to an engine supplier role, just five years after departing.

A welcome change to the usual driver autobiographies, “Survive. Drive. Win.” is a brisk account of a very special season for the Brawn GP team and fans of modern F1 could do far worse than pick up a copy