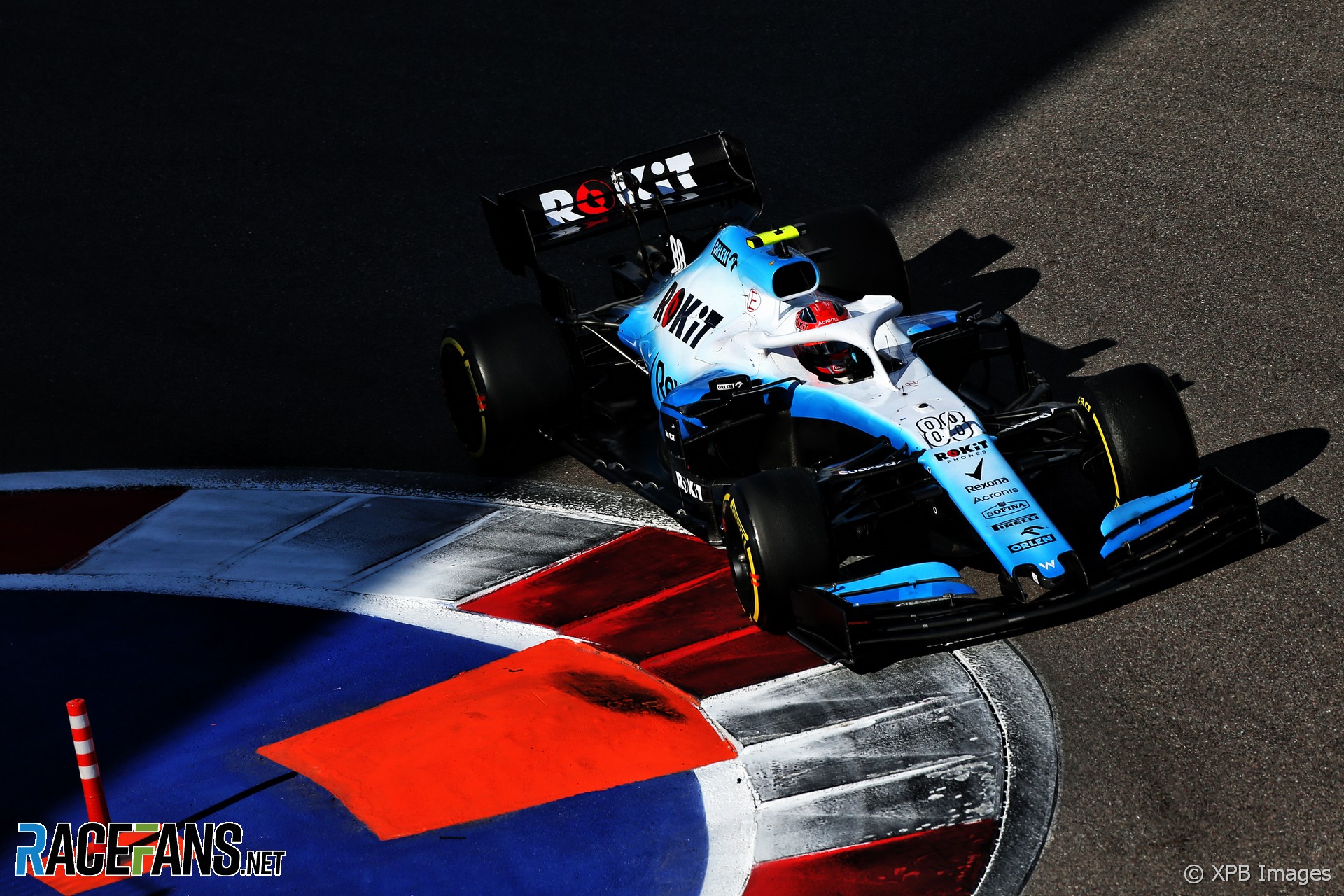 Williams has given further detail on the reasons both of its drivers retired from the Russian Grand Prix after its sponsor Orlen raised questions over Robert Kubica’s withdrawal from the race.

The team’s senior race engineer Dave Robson explained the cause of George Russell’s crash, which led to Kubica’s car being pulled out of the race.

“We found an issue with the wheel nut retainer on George’s car, which led to the front-right wheel not sitting perfectly,” said Robson. “This caused a lock-up under braking.”

Russell skidded off the track at turn eight due to the lock-up and crashed out.

“The design is very mature and well-proven,” Robson added. “The remaining inventory will be inspected thoroughly, and we do not anticipate a repeat of the issue.”

Russell also crashed out of the previous race in Singapore following a collision with Romain Grosjean. Robson said the combined damage led the team to pull out of the Sochi race.

“Unfortunately, we were forced to retire Robert’s car due to the amount of accident damage we sustained in the Singapore-Russia back-to-back races in order to protect ourselves going into the next events,” he said.

“The team has worked extremely hard to ensure race quantities have improved ahead of Japan and the final races.”