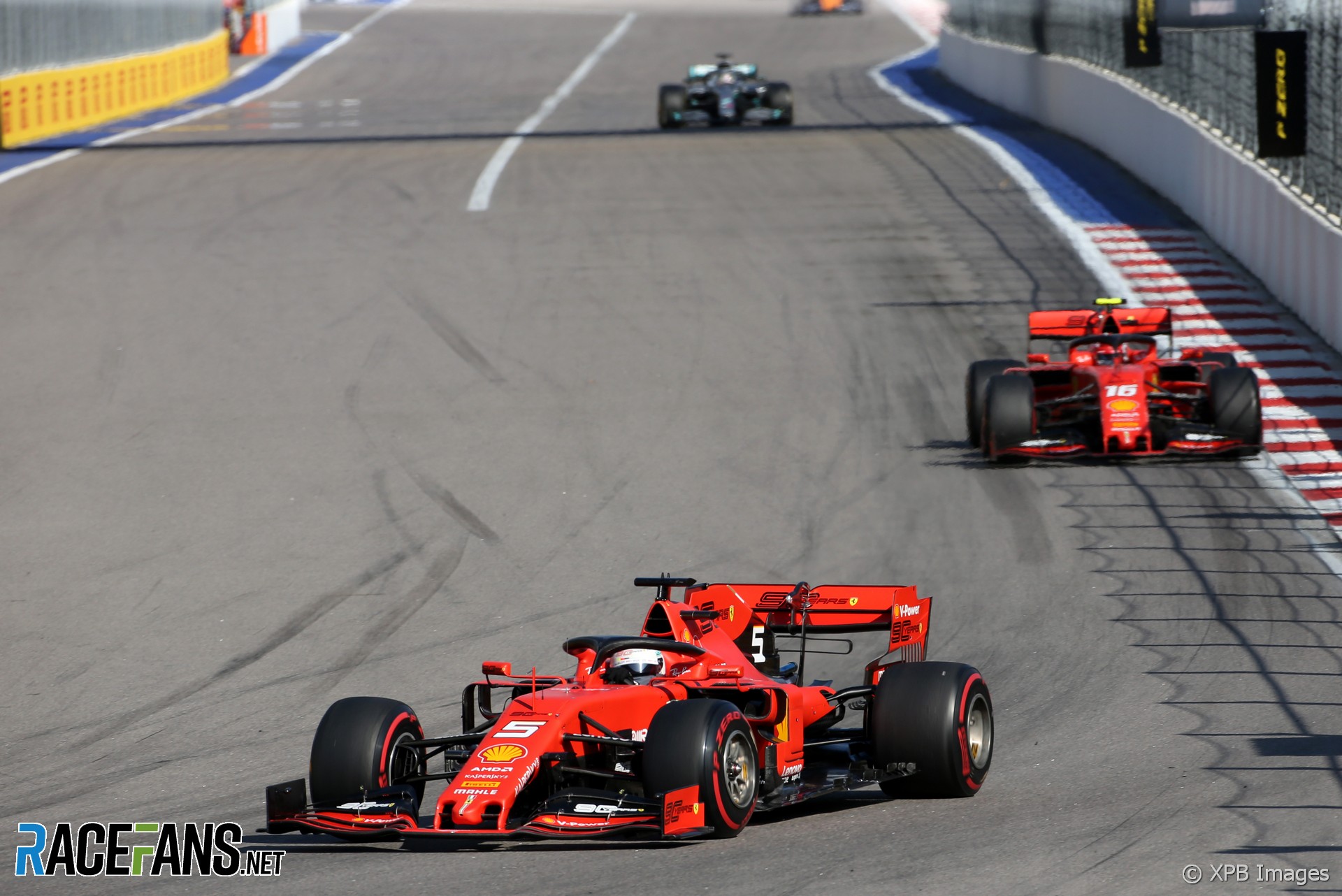 Charles Leclerc says he had complete faith that Ferrari would swap him and his team mate’s positions after he let Sebastian Vettel by at the start.

Ferrari made a pre-race arrangement between their drivers under which Vettel would use Leclerc’s slipstream to overtake Lewis Hamilton at the start, and Vettel would give the lead back to Leclerc if he overtook him by doing so.

However Vettel refused to follow Ferrari’s instruction to let Leclerc overtake him. Nonetheless Leclerc said he was confident the team would put him back in front.

“I think the situation was quite tricky,” said Leclerc. “There was a Safety Car straight away, so then it was quite difficult.

“I tried to stay as close as I possibly could for two or three laps but then it was very difficult to follow, especially first and second sector. The tyres overheated and then I dropped back a little bit.

“But then, as I said on the radio, I had one hundred per cent trust in the team to do it themselves, as it was agreed before the race, and that’s what they did at the pit stop.”

Following Leclerc’s comments Ferrari team principal Mattia Binotto denied they had used the pit stop to put Leclerc back in front of Vettel.

Leclerc denied Vettel’s refusal to let him through would erode the trust between the two team mates.

“I think the trust doesn’t change. We need to trust each other, Seb and myself, because I think it’s usually important for the benefit of the team in some situations to know that you can count on the other car, and vice versa – I mean in both ways.

“So I think it’s very important but yes, the trust is still here.”