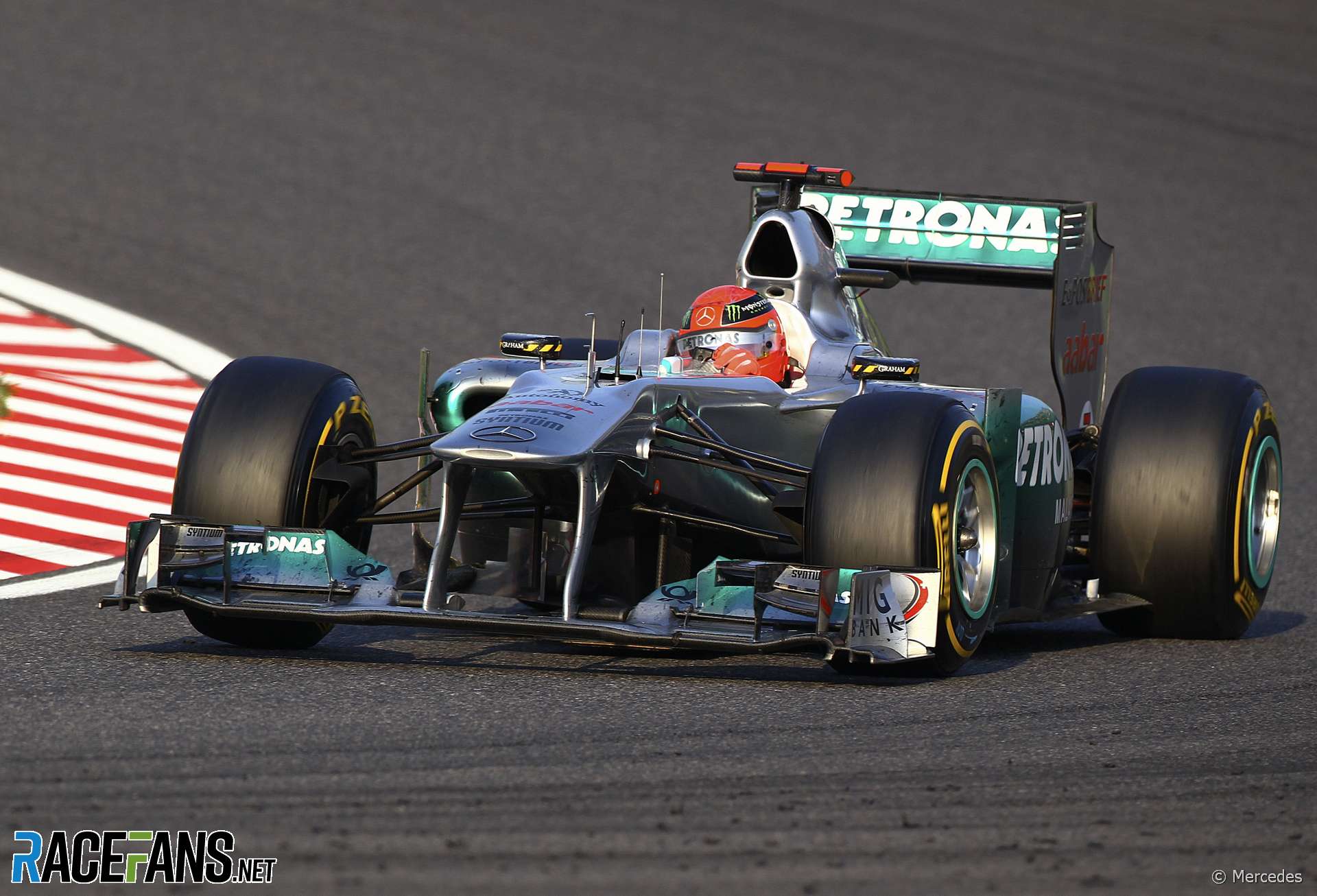 Mercedes have extended their unbeaten streak in the Russian Grand Prix, which includes not just the six world championship events held since 2014, but a pair of pre-championship races held a century ago.

By doing so they also denied Ferrari a fourth win in as many races this one (or, as one Reddit user wittily dubbed it, The Hunt for Red September). Had Ferrari won again, which they looked set to do before the Virtual Safety Car period, it would have been Mercedes’ longest win-less streak of the V6 hybrid era.

Hamilton broke another of Schumacher’s records on Sunday. This was the 143rd race he has led, moving him past his Mercedes predecessor’s tally of 142. The last race Schumacher led, and the only time he officially headed the F1 field in a Mercedes, was the 2011 Japanese Grand Prix.

Charles Leclerc was another driver inviting comparisons with Schumacher. On Saturday he took his fourth pole position in a row, becoming the first Ferrari driver to do so since Schumacher’s seven in a row from 2000-01.

(Note Felipe Massa came very close to doing this: From Japan 2006 to Spain 2007 he took five pole positions from six races. He missed out on pole in the 2007 Australian Grand Prix to team mate Kimi Raikkonen after his gearbox failed in Q2.)

Leclerc now has six pole positions this year, two more than anyone else and five more than team mate Sebastian Vettel, and has a strong chance of winning this year’s pole position trophy. He has moved up to third place in the championship ahead of Max Verstappen.

After winning eight of the first 12 races before the summer break, Hamilton had a decent chance of breaking the record for most wins in a season. However having failed to win any of the first three races after the season resumed, Hamilton will only break this record if he triumphs in all the remaining races.

Hamilton took the fastest lap and bonus point, meaning he took a maximum haul of 26 points for the third time this year. A sixth world championship title for the Mercedes driver is now virtually beyond doubt. The top five drivers can still mathematically win it, but Hamilton needs only fourth places with one fifth from the remaining rounds to be certain of the title. He can’t clinch the title in Suzuka, however.

Vettel pithily expressed his dissatisfaction with F1’s V6 hybrid power unit formula by remarking “bring back the fucking V12s” as he climbed out of his Ferrari. This was his first retirement due to a technical failure since the 2017 Japanese Grand Prix, almost two years ago.

While the V12s clearly have a romantic appeal, even to a driver who never raced them, they weren’t particularly successful engines for Ferrari. No Ferrari V12-powered car or driver ever won the world championship. The team’s final race with V12 power was the 1995 Australian Grand Prix, where one car went out in a collision and the other retired with… engine failure.

Finally, McLaren matched their season-best haul of 12 points again and by doing so moved onto 101 points. This is the first time the team has reached a century since 2014, the last time they were powered by Mercedes. They announced last weekend they will reunite with their old engine supplier in 2021…

Have you spotted any other interesting stats and facts from the Russian Grand Prix? Share them in the comments.