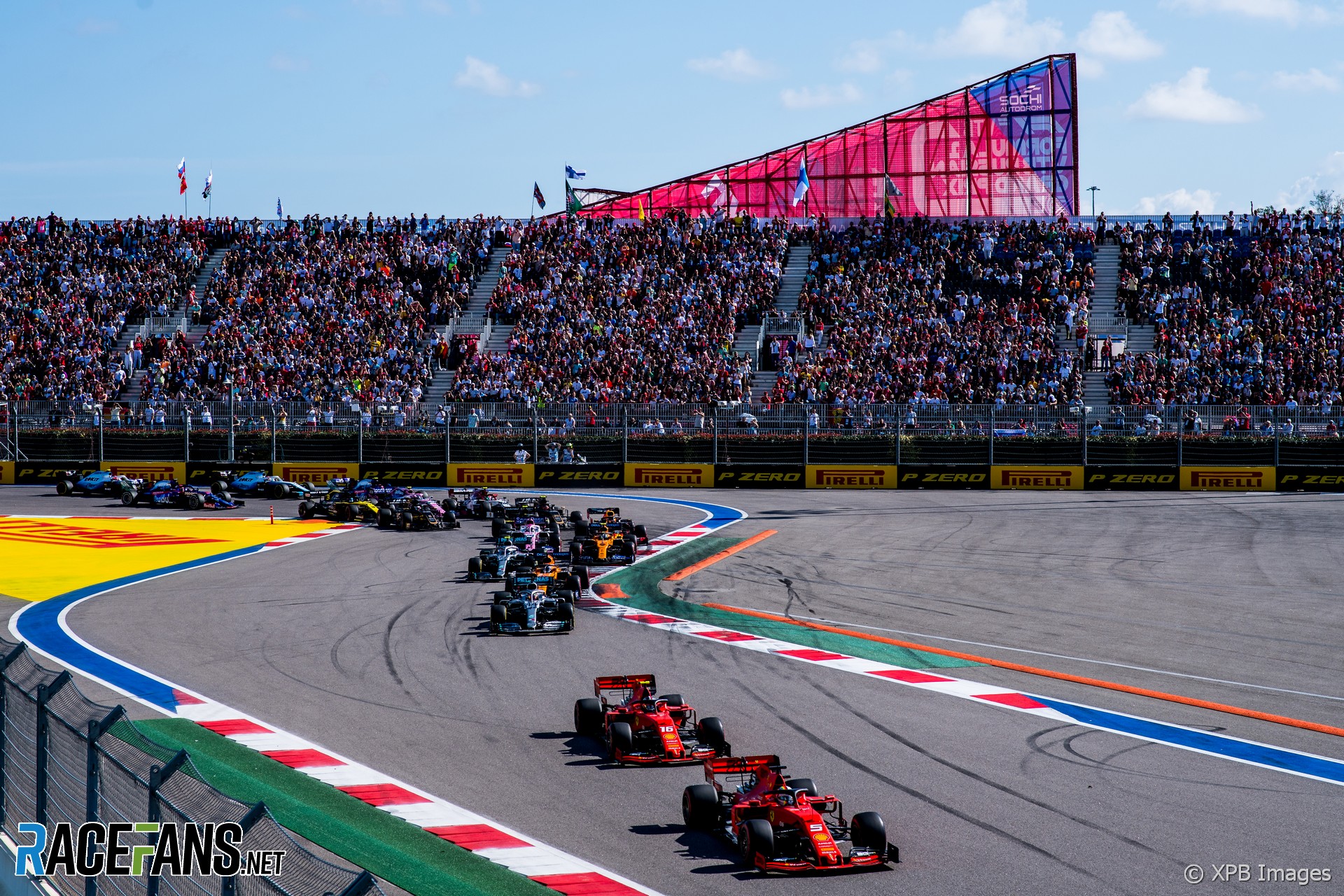 Ferrari repeatedly told Sebastian Vettel to let his team mate overtake him in the Russian Grand Prix until he stopped replying to their radio messages.

While only a small excerpt of Ferrari’s instructions to Vettel were broadcast on the world feed during the race, the full exchange between the team and their drivers reveals he was told early in the race that he would have to let Charles Leclerc overtake him.

Ferrari revealed after the race it had made a plan for the start with its drivers. Under the arrangement Vettel would have to let Leclerc overtake him if he passed his team mate under certain circumstances at the start.

The team’s radio communications reveal Vettel asked them on the first lap of the race what their decision was regarding the start. He was advised soon afterwards they were “looking into swapping”. The team then advised him the swap would come “later in the race”.

After those two initial messages, and following the end of the Safety Car period, Ferrari ordered Vettel on three consecutive laps to give up the lead to his team mate.

After the first call to “let Charles by” Vettel said they should “break away for another two laps”. Following the next order, Vettel told the team “tell him to close up”.

On the next lap Ferrari told Vettel that Leclerc was “starting to close the gap” and to “let him by”. Vettel did not reply. The team later informed him they were “moving to Plan C” in their strategy.

After the race team principal Mattia Binotto denied either driver had gone against the team’s pre-race agreement.