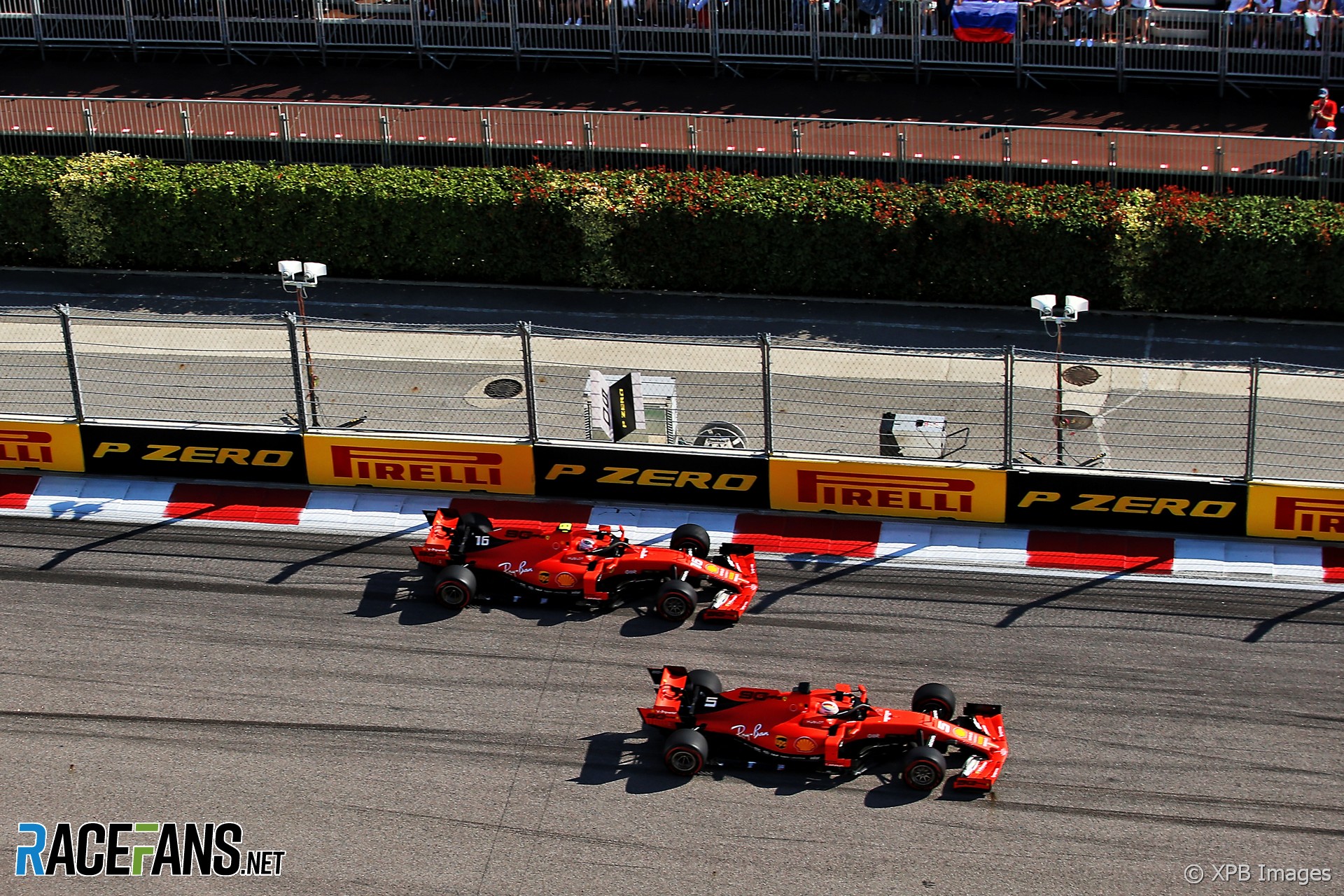 Sebastian Vettel confirmed Ferrari had an agreement in place for how the drivers would manage the first corner after he was told to let his team mate overtaking him during the Russian Grand Prix.

Vettel, who qualified third, took the lead at the start after passing Lewisa Hamilton and Charles Leclerc on the run to turn two. Ferrari subsequently told him to let Leclerc through, but Vettel refused, saying he would have overtaken his team mate anyway.

After the race Vettel, who retired after losing the lead to Leclerc after his pit stop, confirmed the team had an agreement but suggested he had not fully understood it.

“I don’t know exactly what happened there to be honest,” said Vettel. “I think we had an agreement, I spoke in particular with Charles before he race, I think it was quite clear.

“But I don’t know, maybe I missed something. I’m sure we’ll talk about it. But obviously [it’s] bitter today because we wanted to have one and two.”

Vettel refused to give further details about how the agreement was supposed to work. “That’s not something I want to share, to be honest,” he said.

“I don’t want to put the team in a bad position afterwards because somebody said something here or there. I know it’s not fair because I think people deserve to know. It’s not a big deal.

“Obviously I was in third, Charles was in first and we were talking about a strategy to pass Lewis. Obviously I had a very good start so there were a couple of options on the table. Sorry but I really prefer not to [explain] in a way.”