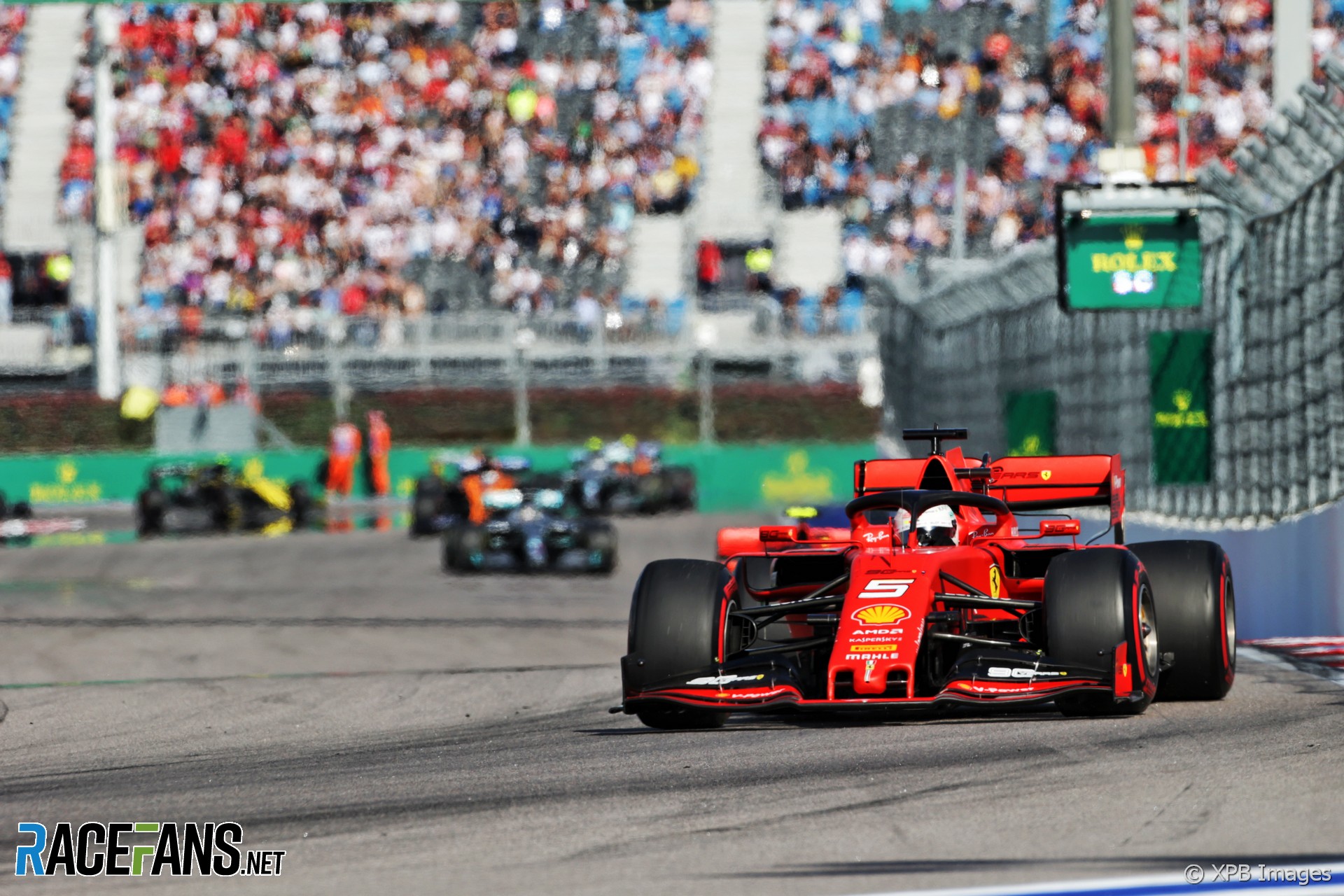 Charles Leclerc says Sebastian Vettel was told to give him the lead back in the Russian Grand Prix because they made “identical” starts to the race.

Vettel has confirmed the team had an arrangement in place for how they would manage the start. Leclerc lined up on pole position with Lewis Hamilton’s Mercedes between him at Vettel.

Leclerc indicated the team had agreed he would be allowed to keep the lead of the race unless Vettel made a better start than him.

“For sure he did a great start, but as it has been said on the radio – I don’t know whether it was broadcasted or not – but the start performance itself was exactly the same,” said Leclerc. “After that I just stayed on the left to give him the slipstream.”

Following the start Leclerc was told on the radio that their “start performance was the same” and they would “do the swap further into the race”. Vettel was later told to let Leclerc by, but refused.

The team then brought Leclerc in for his pit stop several laps before Vettel, which allowed him to get ahead of his team mate. “There’s no big deals and at the end I think everyone respected their own things,” said Leclerc.

“We will try to speak now,” he added. “I think everything has been respected in a way because I gave the slipstream, then we have to do the swap back which we did at the pit stop, and that’s it.”

44 comments on “Leclerc: Ferrari told Vettel to give up lead because starts “were identical””