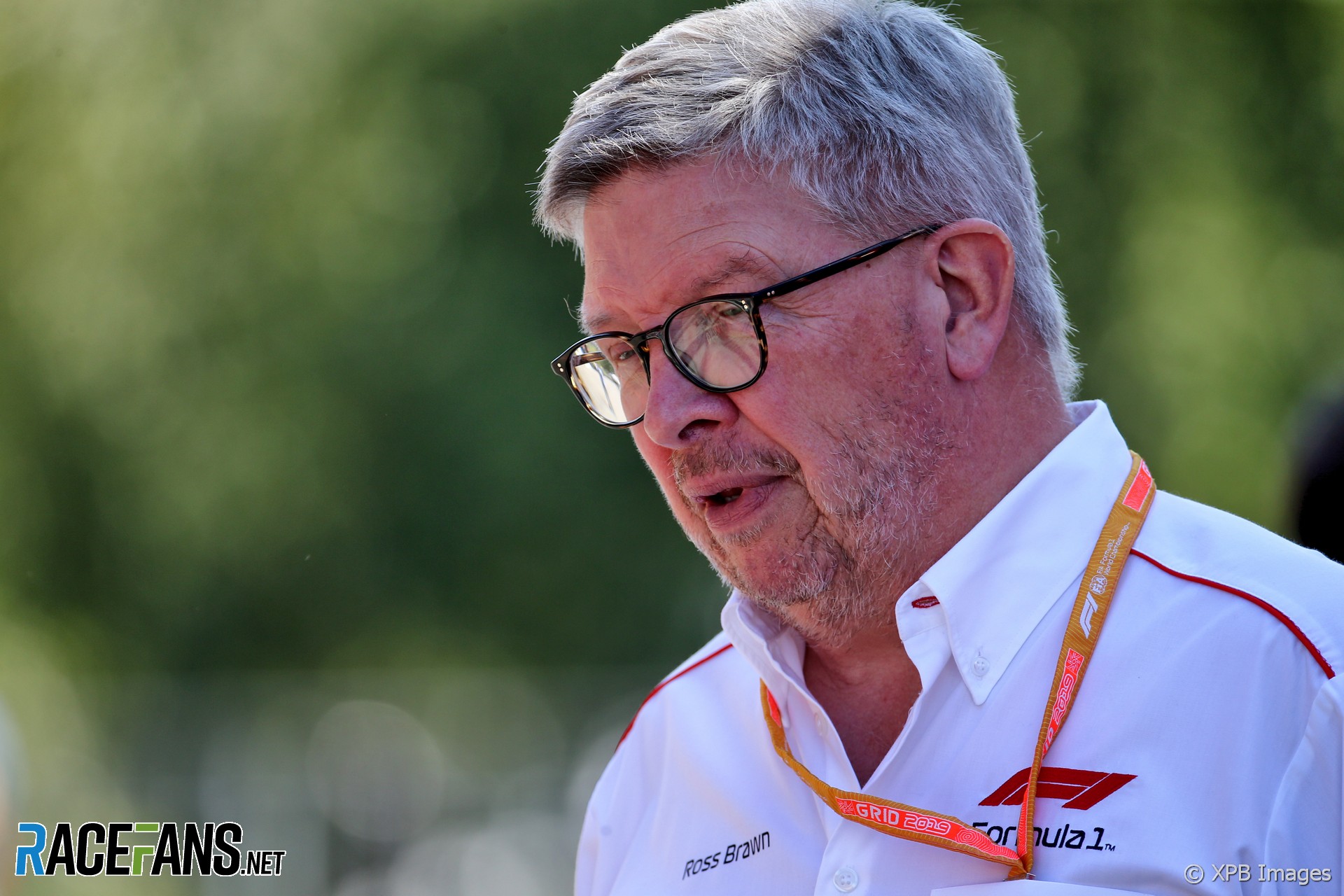 The controversial plan to hold ‘qualifying races’ at some rounds of the 2020 F1 season has the “unanimous support” of teams, according to the sport’s motorsport director Ross Brawn.

Drivers have criticised the plan, which would involve doing away with the qualifying session at some rounds and holding a short Saturday race to decide the grid for Sunday’s grand prix.

Changing the rules to incorporate ‘qualifying races’ next year will require backing from all of the teams. However Brawn told Channel 4 that despite drivers’ criticisms, their teams support the experiment.

“The FIA and ourselves, at the moment we’ve got unanimous team support,” said Brawn.

“The drivers have expressed their concerns and we’ve had our first discussion with them. They want to see the format fleshed out, which is fair, because we’ve got the concept, we’ve got to work out the detail.

“So I think when we do that then it’d be fair to discuss it with the drivers and what we’d say is ‘give it a chance’. Because it might not work, but otherwise how do we progress?

“Most sports these days are looking at how they progress. Maintaining the integrity of what we are – we don’t want to spoil that – but can we enhance it and add some extra interest?”

Brawn gave further detail on how the qualifying races could work: “The intention is to have two or three races where instead of qualifying we have a reverse-grid sprint race.

“We’re interested to know if the sprint race can complement the main race and how it would fit. So we want to see what the public response would be, we want to see if it’s got a place in grand prix racing or if it’s not.”

The qualifying race would begin with the field organised in reverse order of the drivers’ points standings, with the championship leader in last position.

“Obviously it would be a race that’s come after the championship has established some order,” said Brawn. “You couldn’t have it too early in the season because it wouldn’t reflect.

“I think what we often see is drivers can show us who’s the fastest. What we want to see is who’s the best racer where they have to overtake to achieve their grid positions.”

The result of the qualifying race would set the starting order for the subsequent race and not award any championship points. However Brawn is open to the possibility of making the Saturday race a points-scoring event as well. “It may be in the future that would be something we can consider that a Saturday race has a reduced number of points and a Sunday race has full points.”

Brawn believes the introduction of the bonus point for fastest lap this year shows why F1 should consider making further changes to the race weekend format.

“Next year there’s no major regulation changes. And in Formula 1 we never get an opportunity to explore any different formats. So we felt that next year was a good time to try one or two different formats and see if it works. It won’t be a lot of races, two or three races. We want to see what the results will be.

“If you think about the point for a fastest lap, there was a lot of criticism when it was introduced. I don’t think anyone would criticise it now.”