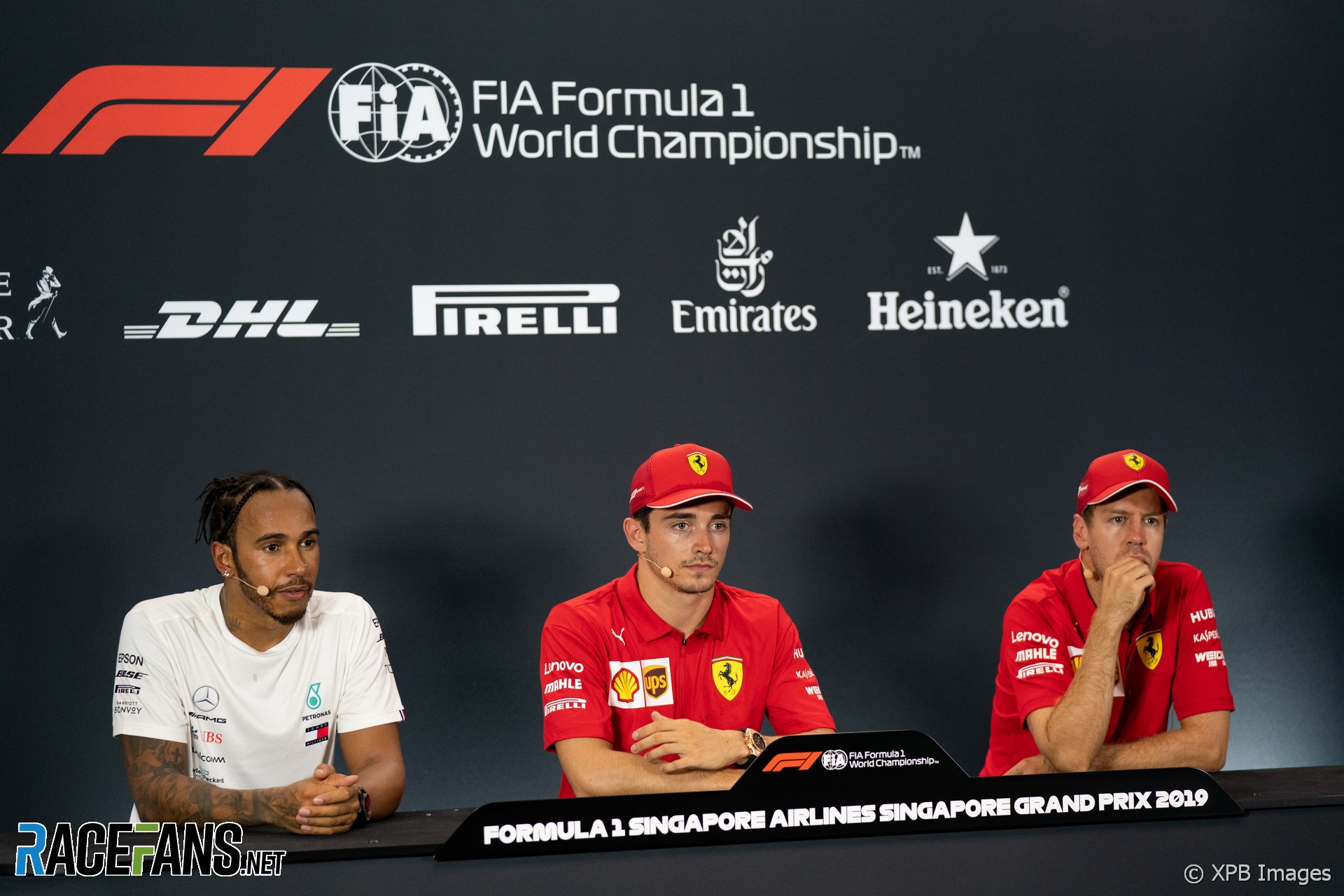 Teams are considering whether to trial a new qualifying format at some races in 2020. Different formats have been suggested, and reverse and partial-reverse grids are used in some other championship.

But the two champions are adamant reverse grid races do not belong in Formula 1.

“I think it’s complete bullshit to be honest,” said Vettel. “I think we know if you want to improve things I think it’s very clear we need to string the field more together. We need to have better racing.

“So it’s just a plaster. I don’t know which genius came up with this but it’s not the solution. Completely the wrong approach.”

Charles Leclerc, who took pole position for tomorrow’s race, said he would not like to start 20th instead.

“I’m a lot happier to start first,” he said. “I don’t think it’s the solution for Formula 1. I think the best should win and start in the best place and not reversing that order.”

23 comments on “Reverse grid would be “complete bull***t” – Vettel”