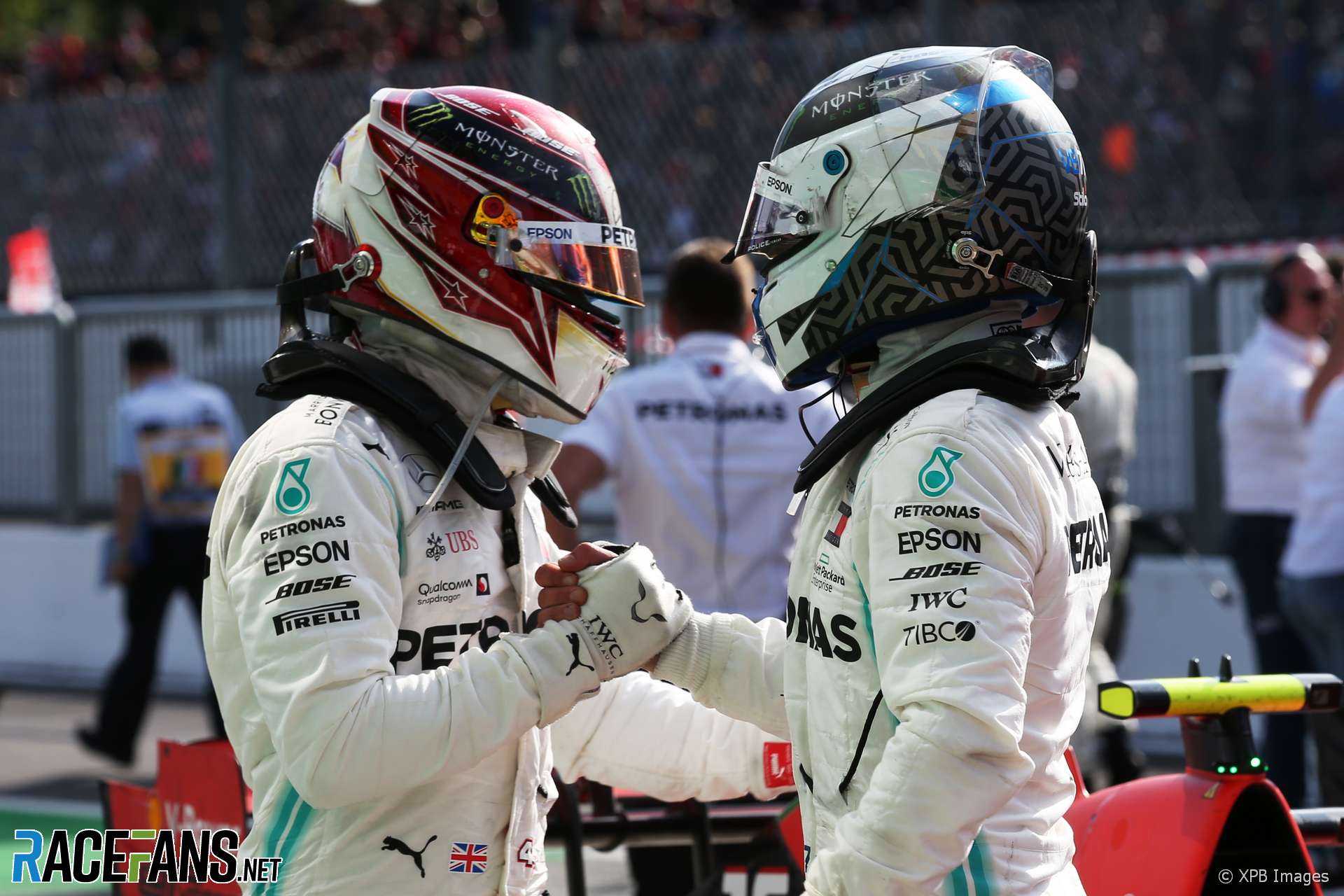 In the round-up: Valtteri Bottas says his points deficit to championship leader Lewis Hamilton is “not night and day”.

Show which drivers and teams you are supporting

Which F1 drivers and teams are you supporting this season? Here's how you can show your support for your favourite on the grid on RaceFans:

Bottas was asked whether he feels he is in a stronger position at this point in the championship than in previous seasons:

It’s definitely a better feeling to be at the end of the year going forwards and also feel very good support from the team. The points gap between me and Lewis, for sure it’s a gap, but it’s not like night and day. You never know what happens in the championship.

There still might be opportunities even for the championship. There’s no point giving up because we have seven races and things can happen. So take it race by race. For sure it’s encouraging for me to see I can perform and there’s no doubt from my side I can.

Back to back in Baku! 🏆 @G2Frede takes #F1Esports race three victory with a second consecutive win in Azerbaijan 👏👏👏 #givesyouwings pic.twitter.com/9QKgOB8uD7

"It wasn’t quite the normal sort of afternoon at Scuderia Ferrari’s headquarters in Maranello today. Shortly after 4pm, Charles Leclerc and team principal Matteo Binotto joined the entire staff to toast the wins in both the Belgian and Italian Grands Prix. And Sebastian Vettel was also there, by telephone link."

"It has also been reported that Todt visited Schumacher at 5.15pm on Tuesday afternoon and stayed for 45 minutes 'before quietly leaving the hospital'."

"The pressure is also because we have to be honest, the power was not at the level that we thought we could be this year. We knew that we could not catch the top three anyway."

Ferrari or Red Bull - what is Fernando Alonso's next move? (BBC)

"His chances of a return to front-line F1 might look slim, but Alonso has not lost any of his mischievous sense of humour. Nor his ability to keep himself at the centre of attention."

"The film winds up working at cross-purposes, alternating between an enthusiastic advertorial for green technology and a highlight reel of the 2017-18 season. This cake-and-eat-it-too approach thins out both aspects of the film, despite a few fascinating storylines that bubble up."

@Phylyp is not impressed by Nick Fry’s argument for Michael Schumacher’s family to share more details of his treatment:

Of course the techniques and therapies tried there will be applied to others if successful. That is what doctors do – they publish peer-reviewed papers in medical journals, taking suitable care to respect the privacy of the individual so that the focus is on the medical case, and the practitioners’ approach to it. They work on building up that body of knowledge of what worked and what didn’t. Other practitioners pick up on it, they cross-consult, refer patients to specific doctors or institutes. They have a system that works.

The family does not need to put that information out for Joe Public to read, and for the media (specifically, rags) to report on it in a tawdry manner, or for dodgy medical websites to start spewing nonsense on the back of that.
@Phylyp

42 comments on “Bottas: Points gap to Hamilton not insurmountable”