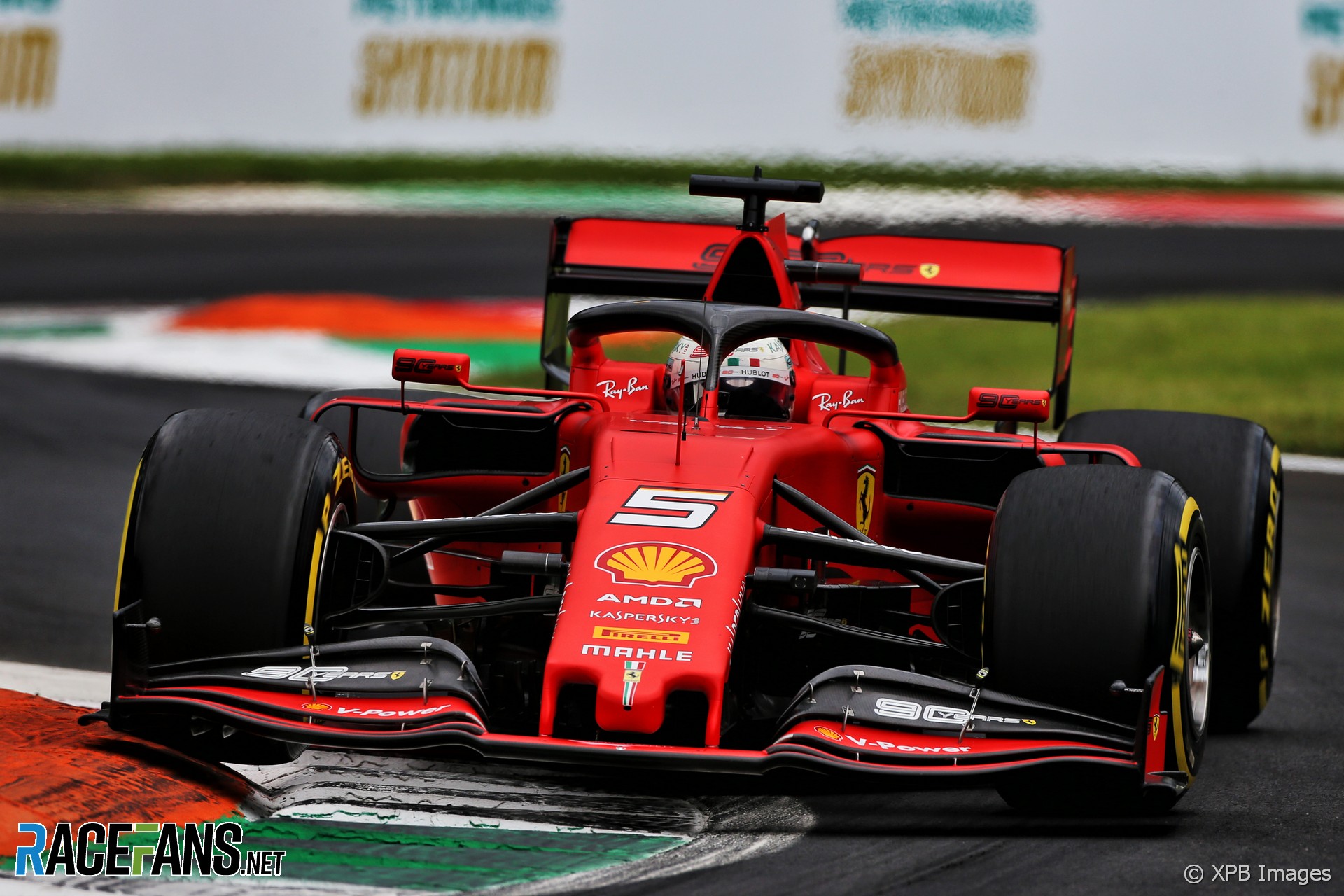 The stewards have given Sebastian Vettel three penalty points for his collision with Lance Stroll during the Italian Grand Prix.

Vettel is now on nine penalty points. Drivers automatically incur a race ban if they reach 12.

The stewards ruled Vettel “left the track at turn nine and rejoined the track in an unsafe manner. In doing so [he] collided with car 18 [Stroll]. The stewards considered this to be a dangerous incident.”

Kimi Raikkonen was also given a 10-second stop-and-go penalty after Alfa Romeo fitted the wrong tyres to his car at the start of the race. That penalty is prescribed by the sporting regulations.

Vettel said the spin was “my mistake” but explained he couldn’t see Stroll when he rejoined the track.

“I got a good start, but then I had nowhere to go and so I lost the position, before getting it back again and catching up to the cars ahead of me.

“Then came the spin on lap six and the race was obviously ruined for me. Then I struggled to rejoin the track as I was on the grass and I couldn’t see Lance.”