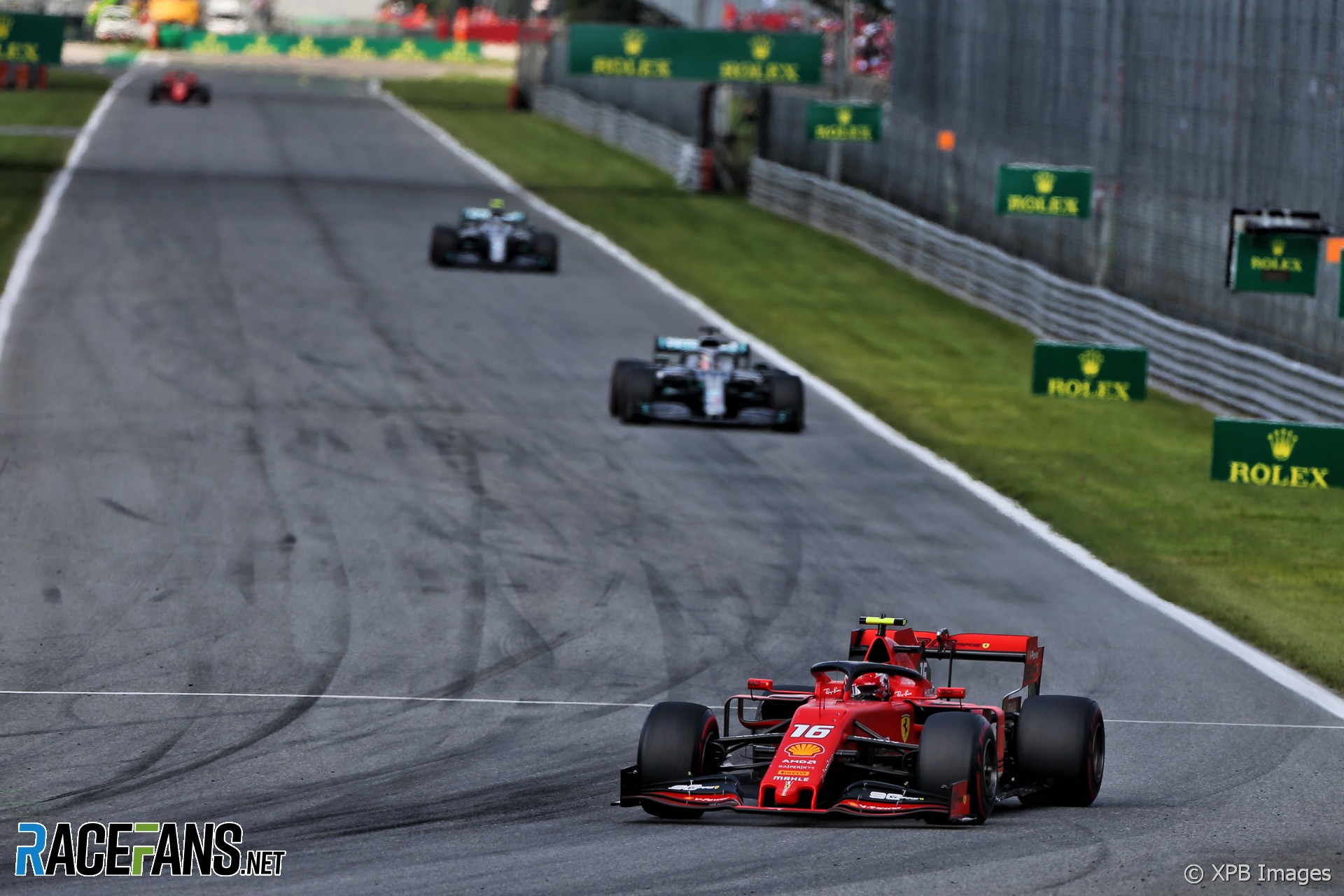 Charles Leclerc says the fact Sebastian Vettel wasn’t involved in the fight at the front made it harder for him to win the Italian Grand Prix.

Vettel qualified fourth after failing to set a time on his final run in qualifying, then spun out of contention early in the race. Leclerc said he hadn’t seen his team mate’s error, but felt he had been unlucky not to set a time in Q3.

“Obviously it’s always an easier situation to have two cars instead of one,” he said. “But obviously yesterday Seb has been extremely unlucky, he couldn’t do the lap in the second run of Q3. But I’m pretty sure it will be better in the next races.”

Leclerc’s victory moved him ahead of his team mate in the championship. He has won the last two races ahead of the Mercedes drivers while Vettel has finished fourth in both. However Leclerc said he continues to rate Vettel’s ability very highly.

“He’s definitely the more complete driver I’ve been in the same team with,” said Leclerc. “I’ve learnt a lot from Sebastian.

“He’s an amazing driver, very quick and he has a lot of experience too so the way he works is very methodical and very detailed.”

Ferrari’s first home victory for nine years was given a rapturous reception at Monza. Leclerc admitted he had been distracted by the crowd at times.

“In the last two laps I started to see in the grandstand that there was a lot of agitation. All the fans were jumping.

“I was telling myself ‘Charles. stop looking at the grandstand, look at the track, focus on what you are doing as a driver and then you’ll enjoy whatever there is outside’. But it was quite difficult to stay focused on driving, seeing how much movement there was in the grandstand.”

9 comments on “Leclerc: Win would have been easier with support from Vettel”