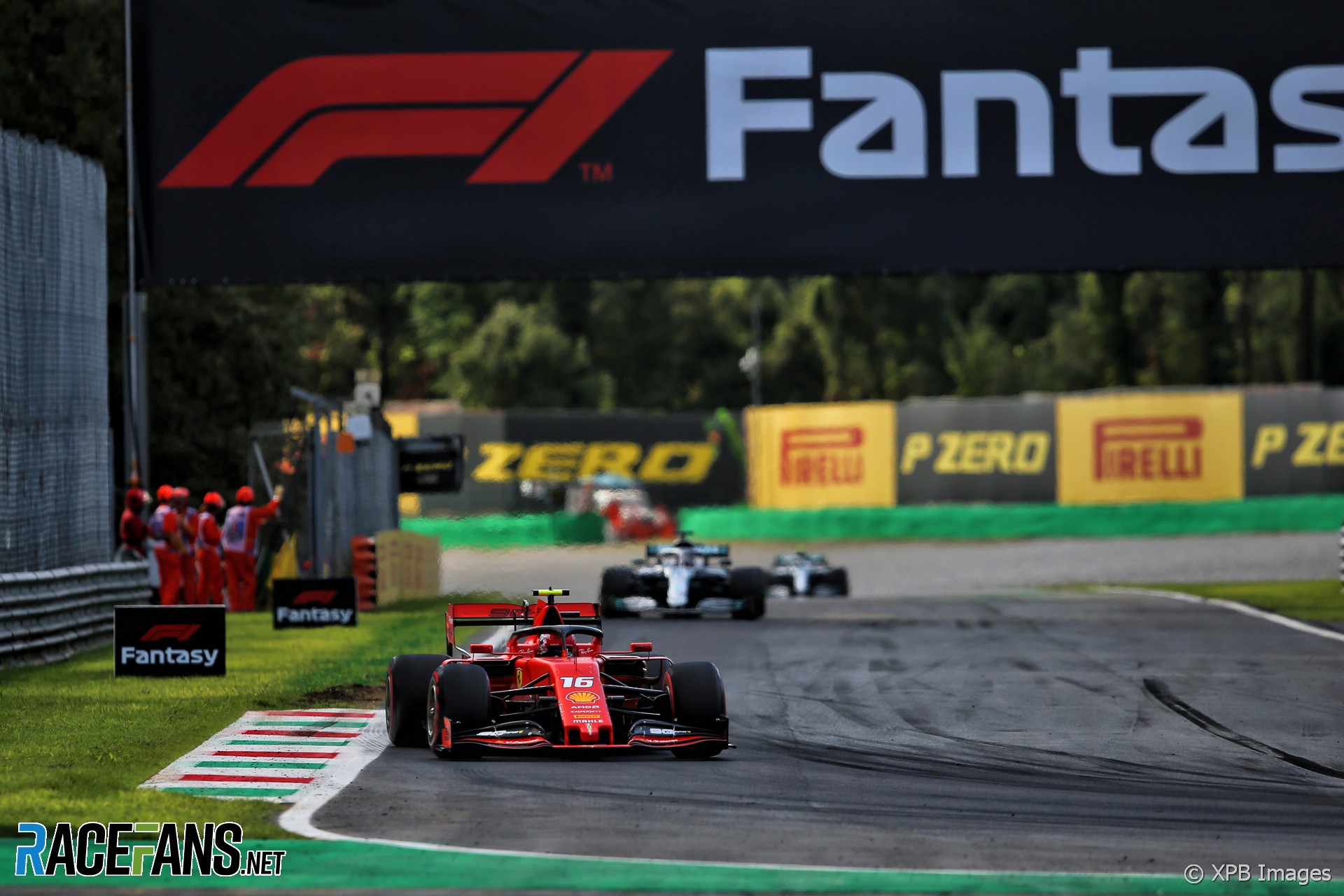 The decision to give Charles Leclerc a warning for his incident with Lewis Hamilton sets a precedent which will lead to more collisions, Mercedes team principal Toto Wolff believes.

Hamilton took to the run-off area at the Roggia chicane when Leclerc squeezed him to the edge of the track as they approached the corner. Hamilton drove onto the kerb and grass to avoid the Ferrari as Leclerc moved towards him.

Wolff said Hamilton’s actions avoided contact between the pair. “The racing was very hard, maybe over the line.” he said. “Lewis I think was instrumental in not making it an incident.

“But at the end of the day what do you do? You give a leading Ferrari in Monza a five-second penalty? Out of the question. Then we’d need a police escort out of here.”

FIA race director Michael Masi said the absence of contact between the two cars was one reason why Leclerc was not given a penalty, but shown the black-and-white flag instead. Masi has recently revived the use of the ‘unsportsmanlike driving’ flag.

However Wolff believes the decision will lead to more drivers being willing to risk contact.

“The question is, in my opinion it’s going to go to the point that we’ll end up again in collision and then we’re going to bail out of it again or crawl back. This is the modus operandi. Until then, we let them race.”