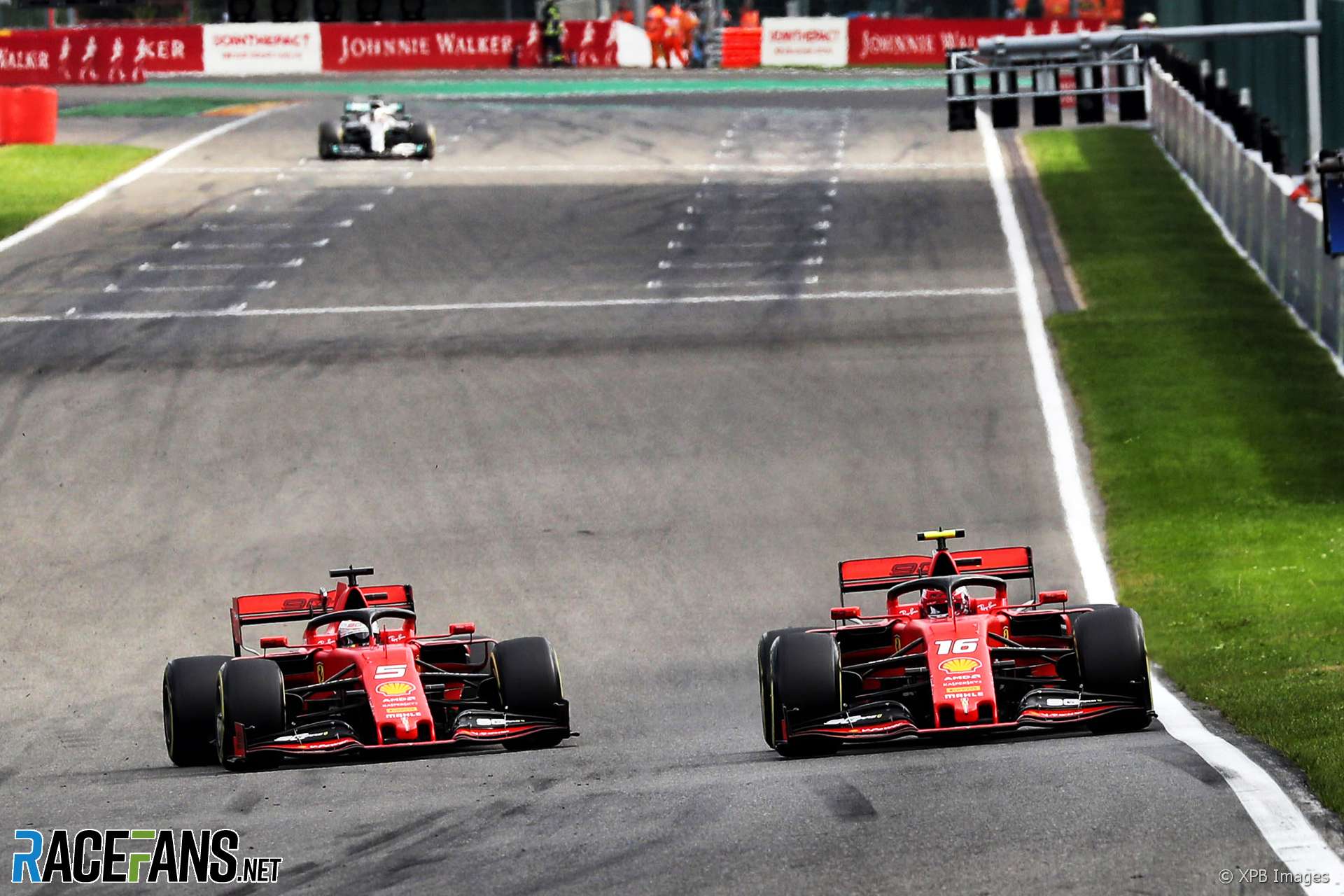 Sebastian Vettel will be unhappy he had to perform “like a Barrichello” to help Charles Leclerc win the Belgian Grand Prix, according to Nico Rosberg.

The 2016 world champion likened Vettel’s role to Rubens Barrichello’s number two position alongside Michael Schumacher when the pair were team mates. Barrichello was ordered to hand victory to Schumacher in the 2002 Austrian Grand Prix.

Vettel moved into the lead of Sunday’s race after he had to make an early pit stop. Ferrari team principal Mattia Binotto said he was told to let Leclerc through to win because he was inevitably going to be passed and the team didn’t want him holding Leclerc up.

“Poor Vettel,” said Rosberg in a video posted after the grand prix. “Vettel was like a Barrichello in that race. Just waving past your team mate and helping him out. Amazing for a four-times world champion.”

“He won’t be very happy with that, that’s for sure,” Rosberg added.

He praised Leclerc’s “awesome job” in winning his first race. “He’s driving so well this year. I think this is going to be a really important breakthrough for him mentally.

“Getting that first win just gives you so much confidence as a driver. So he’s going to get another step. He’s on it. He just feels so good with at car.”

Rosberg said Leclerc will be the favourite to win this weekend’s Italian Grand Prix.

“Vettel is just struggling with the Ferrari car at the moment, especially with the rear end, it’s very nervous and he just needs the confidence at the rear end and just not getting it from the car.

“Next race is Monza, another very high-speed track, and that’s where the Ferrari car is best. So Leclerc is a definite favourite again for Monza. Which would be epic, the Tifosi in Monza, that’s going to be a huge party if Ferrari’s first and Leclerc’s definitely the big favourite for that as well.”