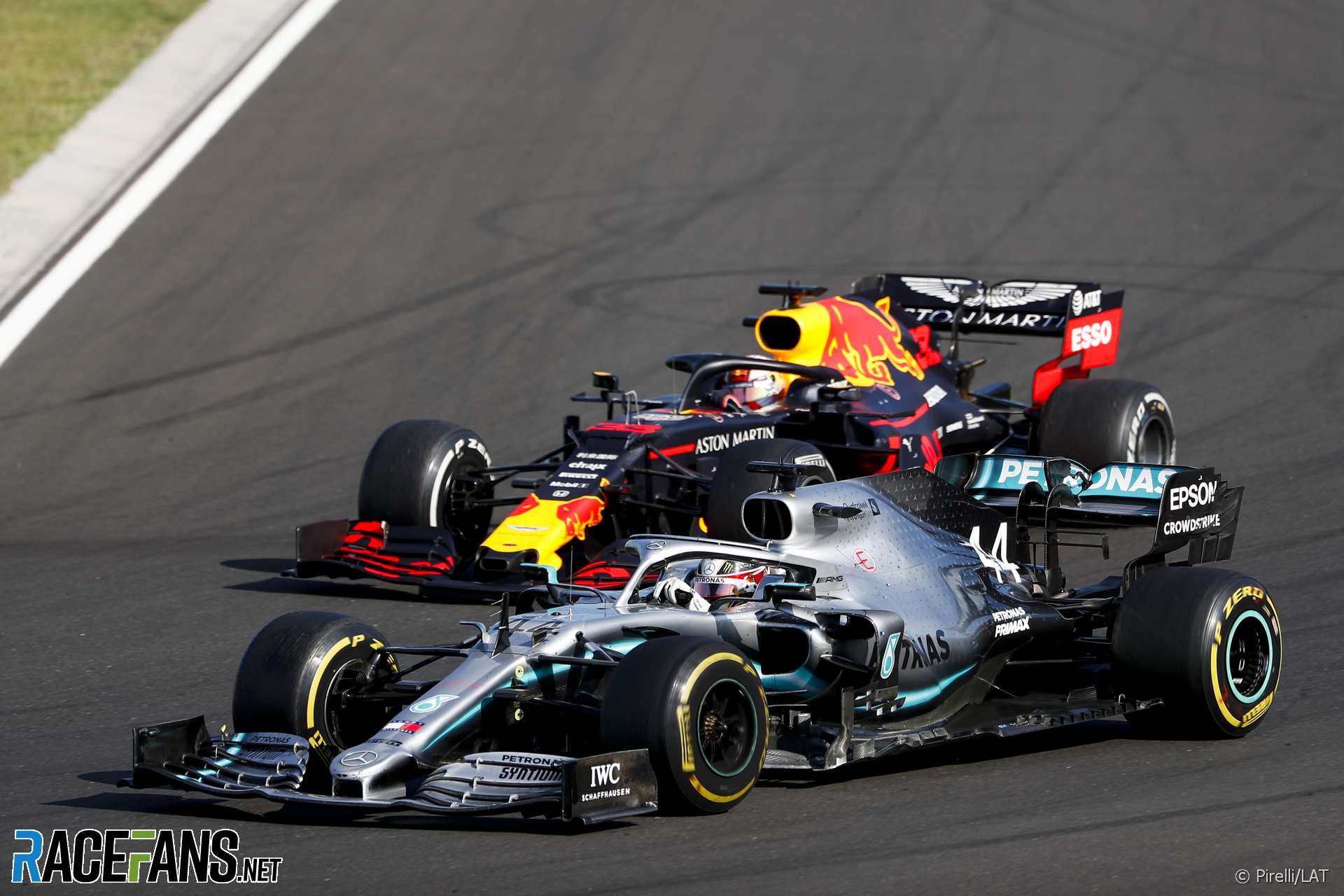 If the remainder of the 2019 F1 season proves as entertaining as the last four races, we’re in for a thrilling end to the year.

The Red Bull Ring, Silverstone, Hockenheimring and Hungaroring served up races which were widely praised. RaceFans readers agreed: your Rate the Race scores for this quartet were all eight out of 10 or higher.

This stood in marked contrast to several preceding races this year. China, Spain, Canada and France’s races were all rated five out of 10 or lower. The processional French Grand Prix, which prompted furious headlines elsewhere demanding immediate changes to improve F1, earned a miserable 3.5 out of 10.

How can one championship with the same rules and teams produce races of such apparently differing quality? And what, if anything, can we learn from the four satisfying races which preceded F1’s summer break?

We need to be careful answering questions like this. Back in 2010 a lively Canadian Grand Prix was credited to unexpectedly poor tyre performance, which prompted teams to make more pit stops than usual. This led F1 to urge new 2011 tyre supplier Pirelli to produce high degradation tyres intended to force drivers to make more pit stops.

But in the long term it proved a mixed success at best. Teams gradually sussed the fragile rubber and the unpredictable races of 70-plus pit stops were gradually replaced by the unsatisfying spectacle of drivers nursing their fragile rubber as long as they could.

Clearly, a big part of the reason why the last four races proved so enjoyable is that Mercedes’ hegemony has been disrupted. The season began with the disappointment of discovering that Ferrari, who had seemed such a potent threat to Mercedes during pre-season testing, were not a consistently competitive force. They squandered chances of victory in Bahrain, Azerbaijan and Canada.

While Ferrari struggled to keep up with Mercedes, Red Bull took up the charge. In Austria the silver streak of success was finally halted by Max Verstappen. So there’s our first lesson: F1 needs competition at the sharp end between at least two teams.

But there is another, subtler detail why the last four races were so good: They were all great for different reasons.

Austria was all about Verstappen’s ‘will-he-won’t-he’ charge through the field and eventual pursuit of his old karting rival Charles Leclerc. The Red Bull driver’s forceful pass meant was the second time this year Leclerc was denied what looked like being his breakthrough victory.

Britain served up an excitingly prolonged wheel-to-wheel battle between the same two drivers, and also the Mercedes pair. Germany was blessed not just by rain but, best of all for the neutral racing fan, the kind of teasing, intermittent showers which renders the pit wall impotent. But those strategists came into their own in Hungary, giving Hamilton the tools to prise victory from Verstappen’s grasp in a race which was all about teamwork.

The key to this is variety. Motorsport excites us in many ways: The thrill of the chase, the drama of the battle, the shock of the unexpected pass. By definition, you cannot script moments like these.

So, henever a race has failed to excite everyone, we should be suspicious of the inevitable, knee-jerk calls for yet more rule changes: ‘Bring back refuelling!‘ ‘Have two mandatory pit stops!‘ No: what F1 needs to thrill us is closely-matched teams and cars capable of racing each other.

Equally, it would be wrong to characterise the last four races as a sign that all is well in F1, that nothing needs to change, and the sport’s plan to overhaul its rules in 2021 isn’t needed.

Clearly the level of competition in F1 is not good enough. Only three teams have won races in the past six seasons, a fact which can be blamed on the ludicrously unfair distribution of the sport’s revenues, which has to change. Likewise, we have a generation of cars which too often cannot run closely behind each other. The sport is doing the right thing by addressing this.

F1 needs a level playing field and a blank canvas. Create that, then leave it to the world’s best racing drivers to thrill us by showing what they can do.