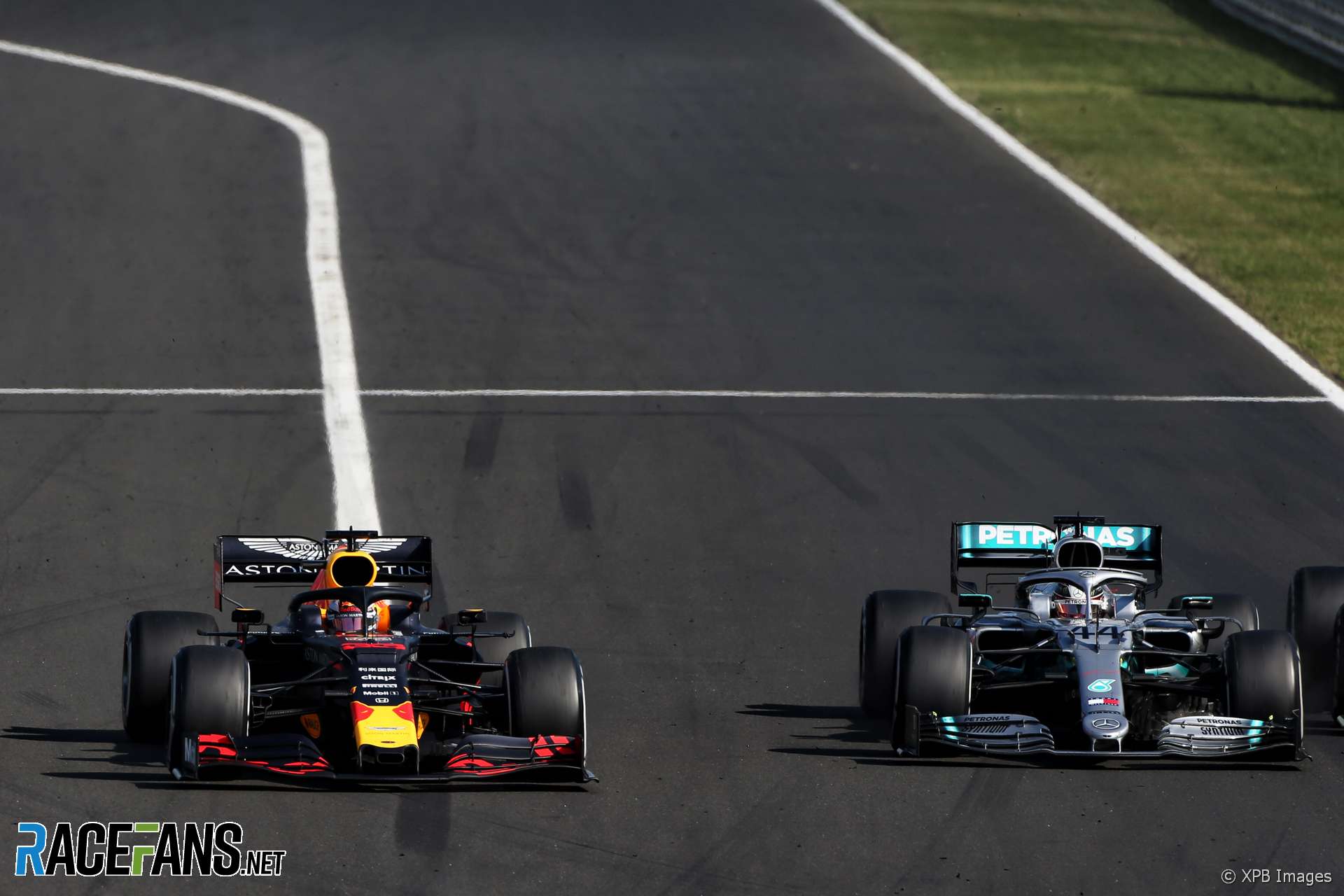 Max Verstappen lost the lead of the race after Hamilton was able to attack him on fresher tyres in the final laps. Mercedes brought Hamilton in for a second pit stop which Horner says Red Bull were unable to respond to.

“It felt like Max had enough to have him just under control,” said Horner. “We could hear that as soon as Lewis was getting close his car was overheating or brakes and issues like that.”

However as their rivals had dropped back so quickly. Mercedes had the option of pitting Hamilton without losing a position.

“With the two guys so far ahead of the rest of the field and the pace that they had in the Mercedes, strategically it was the obvious thing to do to roll the dice and take a pit stop,” said Horner.

Hamilton’s pit stop and out-lap were quick enough that Red Bull immediately knew Verstappen would lose the lead if they pitted in retaliation.

“By halfway round [Hamilton’s] out-lap he was already neck-and-neck which means by the end of the lap he would have been ahead [if Verstappen pitted]. So we didn’t have the ability to then cover with Max by stopping him on the next lap because it would have conceded track positions.”

Horner said Red Bull’s “bed was made” at that point: Verstappen had to stay out and could not manage his tyres as much as before.

“He started to use the tyre harder than he would have would have liked and he was able to hold the gap until they passed through all the traffic. Then as soon as they got into clear air that’s when Lewis really started coming. With three or four laps to go, with such a grip advantage, Max was a little bit of a sitting duck.”

Although Red Bull took the fastest lap of the race, by putting Verstappen on a set of soft tyres at the end of the race, Horner believes Mercedes were simply quicker in Hungary.

“We had the opportunity to get the fastest lap. But I think today Mercedes probably did have a car that was slightly quicker than ours in race conditions. And whilst we had track position they had the ability to execute a free stop and that worked out for them today.”

39 comments on “Horner: No way to protect Verstappen from “obvious” Mercedes strategy”