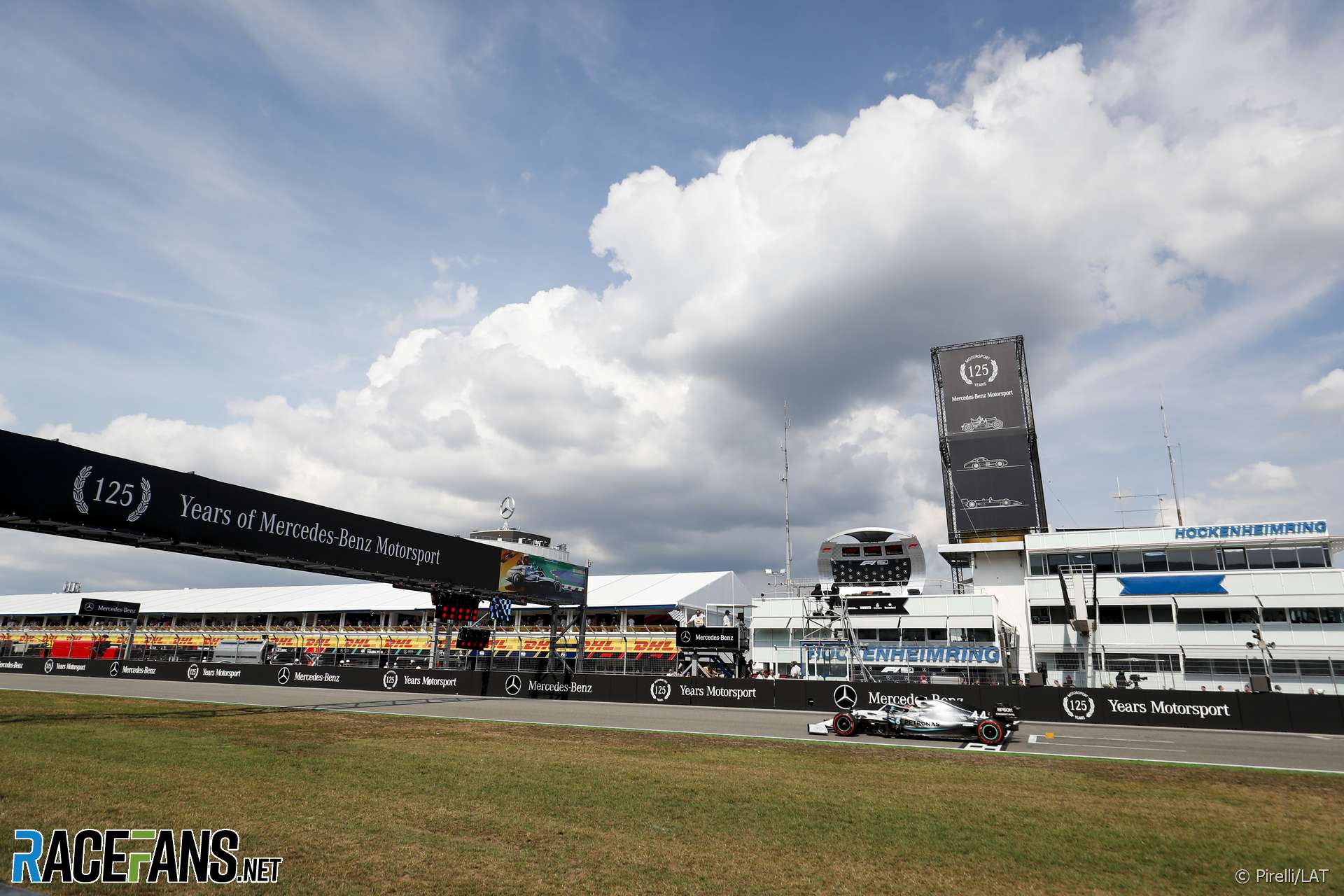 The promoter of the German Grand Prix at the Hockenheimring is exploring options to ensure the race has a future even if it does not appear on the 2020 F1 calendar.

A one-year deal was agreed to hold this year’s race after sponsorship was found from Mercedes. However the race will not appear on next year’s schedule unless they or another backer come forward with money to support it.

Hockenheimring managing director Jorn Teske told RaceFans they are still in talks with Formula 1 about the future of the race.

“It’s correct that we are still discussing, we are still working on the topic of Formula 1 at Hockenheim in the future,” he said. “We will see what happens.

“We definitely have the hope for the future. Even if we have the scenario that there will be no race in 2020 there might be an opportunity to have a race later on. So we have to work on the future and not especially on next year.”

One option to keep the race on the calendar could be for it to share its slot with an event in a bordering country, such as the Belgian Grand Prix at Spa-Francorchamps or the Austrian Grand Prix at the Red Bull Ring. Teske said the race promoters are willing to consider this.

“It can be rotating, it can be another solution. But nobody would like to lose Hockenheim. Neither Formula 1 nor us. We have to find a solution which fits everybody.”

3 comments on “Hockenheimring hopes German GP can return after 2020”