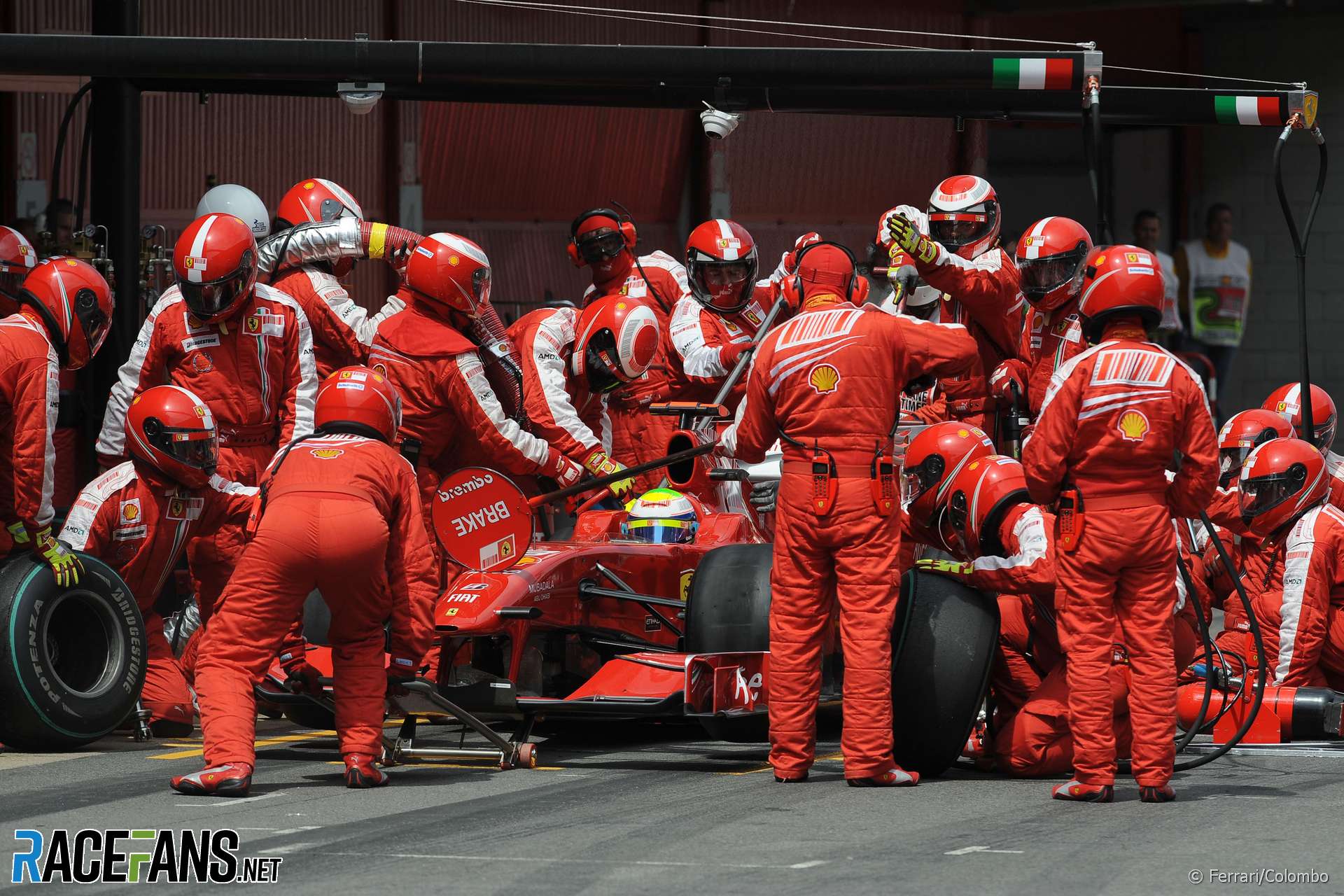 Mercedes team principal Toto Wolff thinks Formula 1 should keep an open mind about whether to bring back in-race refuelling.

“We should have no holy cows,” he argued earlier this year, claiming that allowing drivers to refuel during races “provides another unpredictability factor”.

However his technical director James Allison is not convinced. Asked by RaceFans last year what he thought about bringing it back, Allison stated “refuelling strategies are more predictable and allow less variation in the race and less surprise in the race than non-refuelling strategies”. It’s hard to put it better than the blunt, economical language of an engineer.

“Once you put a chunk of fuel in your car, you have to stop on the lap where you run out, or a lap or two before, and everyone knows when that is going and it just stops the surprise ‘undercut’ or the chance ‘overcut’ that comes with the current [rules],” Allison explained.

While team bosses often stand accused of having a team interest to put forward whenever a matter of the rules comes up, the same is not necessarily true of their designers. If anything, they usually want greater freedom from rules, so they can do as they please. So it’s interesting to note Allison’s view was shared at the same time by one of his opposite number at Red Bull, chief engineer Paul Monaghan.

“I suspect all the teams’ strategies would converge on the same thing,” he said, “because you no longer have an ever-decreasing car weight, you reset every time.”

The rose-tinted specs brigade won’t have any of this. ‘Bring back refuelling’ is their standard knee-jerk response to any dull race. But speaking as someone who watched every single grand prix throughout the last 16-year spell when refuelling was permitted, from 1994 to 2009, I also doubt reintroducing it would make a significant positive difference.

Certainly, when refuelling was re-legalised in 1994 some teams grasped its nuances more quickly than others, and that produced some interest at first. At Benetton, Michael Schumacher, Ross Brawn and Rory Byrne deployed the understanding of refuelling strategy they had honed in the World Sports-Prototype Championship to superb effect and ran rings around Williams.

Even into 1995 Benetton continued to outfox Williams. But soon they and the rest wised up and refuelling strategy became more a means for out-of-position drivers to avoid making passes on the track and less a variable which enlivened dull races. Hungary 1998 and France 2004 were arguably exceptions, but the key word is “exceptions”; two examples of entertaining races from the 12 years before it was banned again in 2009 do not make a compelling case that refuelling can regularly improve the quality of racing.

At a push, I might be persuaded that F1’s last flirtation with refuelling was fundamentally flawed, and that done properly it could be much more effective.

In IndyCar racing, where refuelling is essential due to the high speeds average over long oval races, each driver has their own pit box. This gives them total freedom to do what they choose with their strategies. But in F1, each driver has to share a pit box with their team mate. As this was the case when refuelling was last permitted, it meant each team inevitably had to make one driver’s strategy secondary to the other.

Give each F1 driver their own pit box and refuelling would have a greater chance of throwing up a surprise result. But would it make a significant difference? I doubt it, for the persuasive reasons given by Allison and Monaghan, and more besides.

Now 10 years on from the last race with refuelling, the sport has developed in such a way that its return would seem absurd. The current V6 hybrid turbo engines are masterpieces of efficiency when it comes to extracting power from a limited quantity of fuel. Previous engines extracted less than 30% of the available energy from their fuel; today’s get more than 50%, far in excess of a typical road car.

If allowing refuelling meant teams could use unlimited fuel, that would make a mockery of six years of incredibly expensive engine development. Alternatively, if refuelling was allowed within the current maximum tank size, the amount of fuel going into the car at a pit stop would make much less of a difference to performance. Today’s cars are much heavier than they were 10 years ago, and the fuel makes up a smaller percentage of that weight.

So it’s small wonder the drivers were muted in their reaction when, having urged the sport to make their cars lighter, FIA president Jean Todt reacted by suggesting it be done by bringing back refuelling.

We all know how drivers feel about press conferences so it caught my attention that, when I put the question of reintroducing refuelling to the top three finishers at the British Grand Prix, Hamilton lengthy opening answer – and then came back with more.

“What do they need to take off?” I asked (off-mic, and therefore not recorded in the FIA’s transcript). “I think there’s performance items [that] should come off,” he answered. “But they can do it.”

The chief causes of the rising weight of F1 cars are safety innovations such as Halo, which are not going to be reversed, and the introduction of V6 hybrid turbo power units five years ago. The motors and batteries add significant extra weight, and the power unit’s weight has been pegged to reduce development costs.

It seems unlikely that will change soon. Asked last month for his view on F1’s future power unit regulations, Wolff called for an increase in the role of electric power, creating a “50% hybrid” engine.

But if F1 is serious about giving drivers lighter cars it should forget about refuelling and consider the weight of its chosen engine format. After all, there should be no “holy cows”…