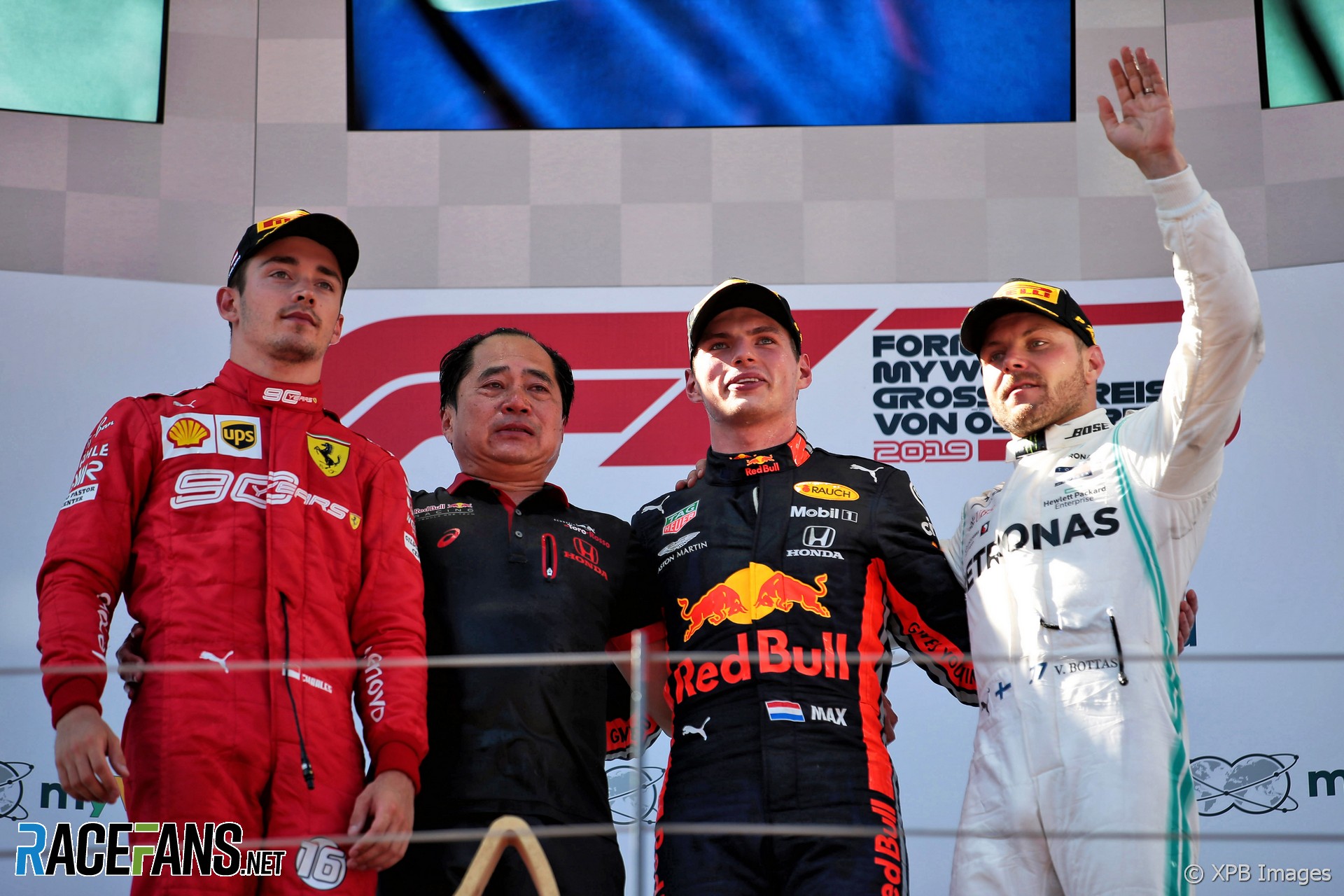 Max Verstappen was the first driver to complete 71 laps of the Red Bull Ring in last weekend’s Austrian Grand Prix. The Red Bull driver brought joy to the huge crowd assembled in his team’s backyard as he led the field home at the end of an hour and 22 minutes of pulsating action.

This was surely the most riveting race we’ve enjoyed so far this season. The only blot on the afternoon was the subsequent three-hour wait to learn whether Verstappen had actually won the race, or if he was to face a penalty for his uncompromising, elbows-out pass on Charles Leclerc.

The stewards eventually ruled Verstappen was in the clear. This was a satisfying verdict. Verstappen has overstepped the mark several times in the past and been stripped of a podium finishes once every season since he joined Red Bull for one reason or another. But his move on Leclerc, though tough, was fair. Stripping him of the victory would have set a disappointing new precedent, a softening of the threshold between hard racing and deliberate contact.

The unsatisfying aspect of the outcome was that it took so long. In the immediate aftermath of the race we should have been discussing Verstappen’s thrilling charge through the field and Honda’s remarkable journey back to the top. But that all felt premature while the race result was so obviously provisional.

The stakes are so high in many professional sports that the referees’ calls are always going to be disputed. That is certainly true in F1, but in recent weeks the stewards have been subject to unfair and ill-informed criticism, and not just from spectators.

Sebastian Vettel’s five-second penalty for rejoining the track unsafely in front of Lewis Hamilton in Canada, which cost him victory in the race, understandably left many disappointed, not least because he otherwise would have ended a Mercedes winning streak. But the hotly-debated call was undoubtedly consistent with recent rulings, not least one in Japan last year which Vettel himself endorsed.

Yet Ferrari took it upon themselves to launch a farce of a protest at which they promised to present “overwhelming” new evidence exonerating their driver. They showed up with little more than a video of an ex-F1-driver-turned-pundit whose point of view they happened to agree with. As Hamilton put it, once he learned how flimsy their case was he knew he had nothing to worry about.

That decision clearly still rankles, for in Austria Ferrari team principal Mattia Binotto unfathomably compared the Canada incident with the decision which went against Leclerc. It’s inconceivable that the leader of an F1 team should have sincerely believe the same judgement could apply to two such different cases; presumably he made the remark as a populist pitch to the Ferrari faithful.

But if the stewards have not deserved much of the criticism which has levelled at them of late, that is not to say there isn’t room for improvement in how F1 can handle calls such as these. The three-hour wait for the verdict on the Austrian Grand Prix winner was much too long.

In Canada, Vettel transgressed on the 48th lap of 70. The stewards handed down his penalty nine laps later. The timing was much tighter in Austria: Verstappen and Leclerc tangled on the 68th lap of 71. Therefore, getting a decision made before the podium ceremony was always going to be a challenge.

Some past decisions have been made more quickly than this. At the 2017 United States Grand Prix Verstappen overtook Kimi Raikkonen for third place on the final lap. However he was ruled to have completed the pass illegally by putting all four wheels off the track and was given a five-second time penalty. This decision was handed down quickly enough for Raikkonen to take his rightful place on the podium.

It’s true that the Verstappen/Leclerc penalty decision was a more subjective call to make than whether a driver had put all four wheels over the line. But it was surely not so complicated to require the 194 minutes it took.

FIA race director Michael Masi explained why it took over three hours to issue the verdict, beginning with the fact that the incident occured so close to the race’s end at 4:34pm local time.

“The primary part was we didn’t get going until six [o’clock], being all of the various media commitments with regard to the pen, post-race conference. The hearing itself, give or take, was about an hour with all parties involved.

“Then the stewards deliberated looked at other cases, precedents, speaking between themselves. Then by the time you write a decision and then make sure that there’s no attempt to make sure there’s no typos or anything in it and so forth, then summoning the teams back, delivering the decision to them, time flies a lot more when you’re sitting outside like all of us than it does when you’re sitting in the room.”

This all seems fair enough on the face of it. But there is an inconsistency here which needs consideration for the future: Why did the stewards feel the need to summon the drivers at all?

If an incident happens early on in a race and the drivers involved do not retire, they can’t be hauled in for an interview. Given that, shouldn’t the stewards exclude drivers from all deliberations regarding in-race penalties on grounds of fairness? For example, Vettel wasn’t able to argue his case before the stewards in Canada, so why should Verstappen in Austria?

RaceFans asked Masi whether the stewards would have summoned the drivers had the same incident happened much earlier in the race. “I actually, honestly don’t know,” he admitted.

“From what I understand I think that they wanted to hear from both of the drivers to get the drivers’ understanding. Because, funnily enough, both teams have opposing views, which is not a surprise to any of us.

“But having a chat to both of the drivers in that circumstance, had it happened early in the race, honestly I don’t know if they would have looked at it and come up with a determination at that point.”

Again, this is reasonable enough on its own, but not when you consider that drivers don’t always get the chance to put their point of view across on incidents like these. This may even be encouraging drivers to take greater liberties with the rules at the end of races, believing they can argue their way out of it later.

It is always better to have a late decision than a wrong one. And, as Masi also pointed out, the inevitability of post-race technical checks means the possibility that a race result could change after a podium ceremony can never be completely excluded.

But perhaps it’s time for the stewards to consider whether it is right to let some drivers defend their cases and not others, and whether changing this would make it more likely that the fans on the track know who won the race before they head home.