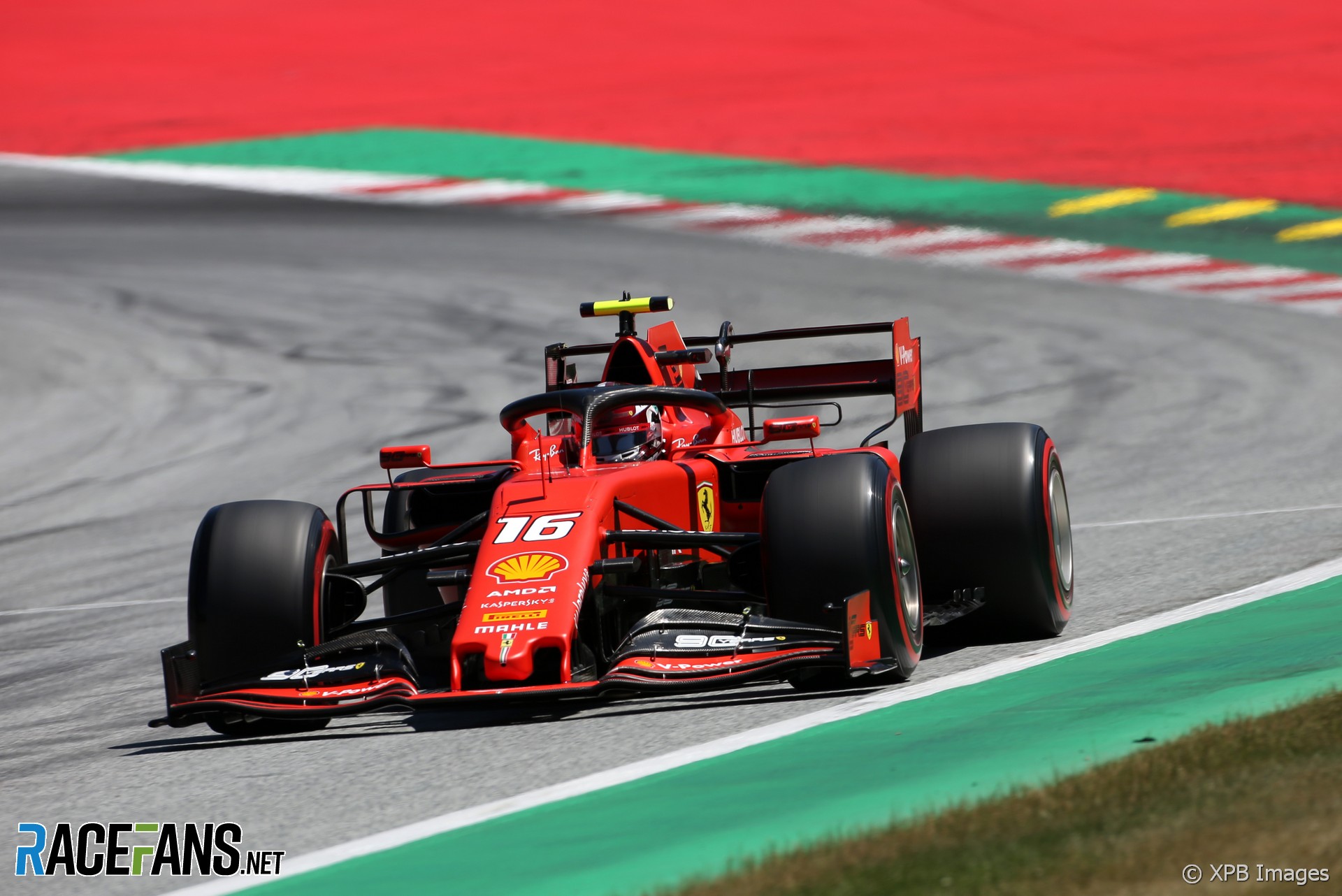 Charles Leclerc says a change in set-up philosophy at Ferrari was behind his run to pole position for the Austrian Grand Prix.

While Ferrari have enjoyed good straight-line speed all season, the SF90s were stronger than usual in the quick corners at the Red Bull Ring today. Leclerc gave the team their third pole position of the season so far, and credited changes the team has made since the last race.

“Our main issue in the last few grands prix was the front,” he said. “We don’t have enough front. I think this weekend it was quite a bit better.

“We tried a different set-up philosophy and it seems to be a bit better. It doesn’t mean that we’ll do a big step up for the other races but for here it worked pretty well.

“I think the most time gained in the second sector is because of the stronger performance compared to the last grand prix.”

Leclerc has also said he’s raised his game in qualifying recently. “[I’ve] just to be a little bit more step-by-step during the qualifying sessions,” he explained.

“I probably over-pushed [before] and then on the set-up side tried to anticipate the track evolution which is quite a big factor now in Formula 1. So just these two and I suddenly found quite a bit of time.”