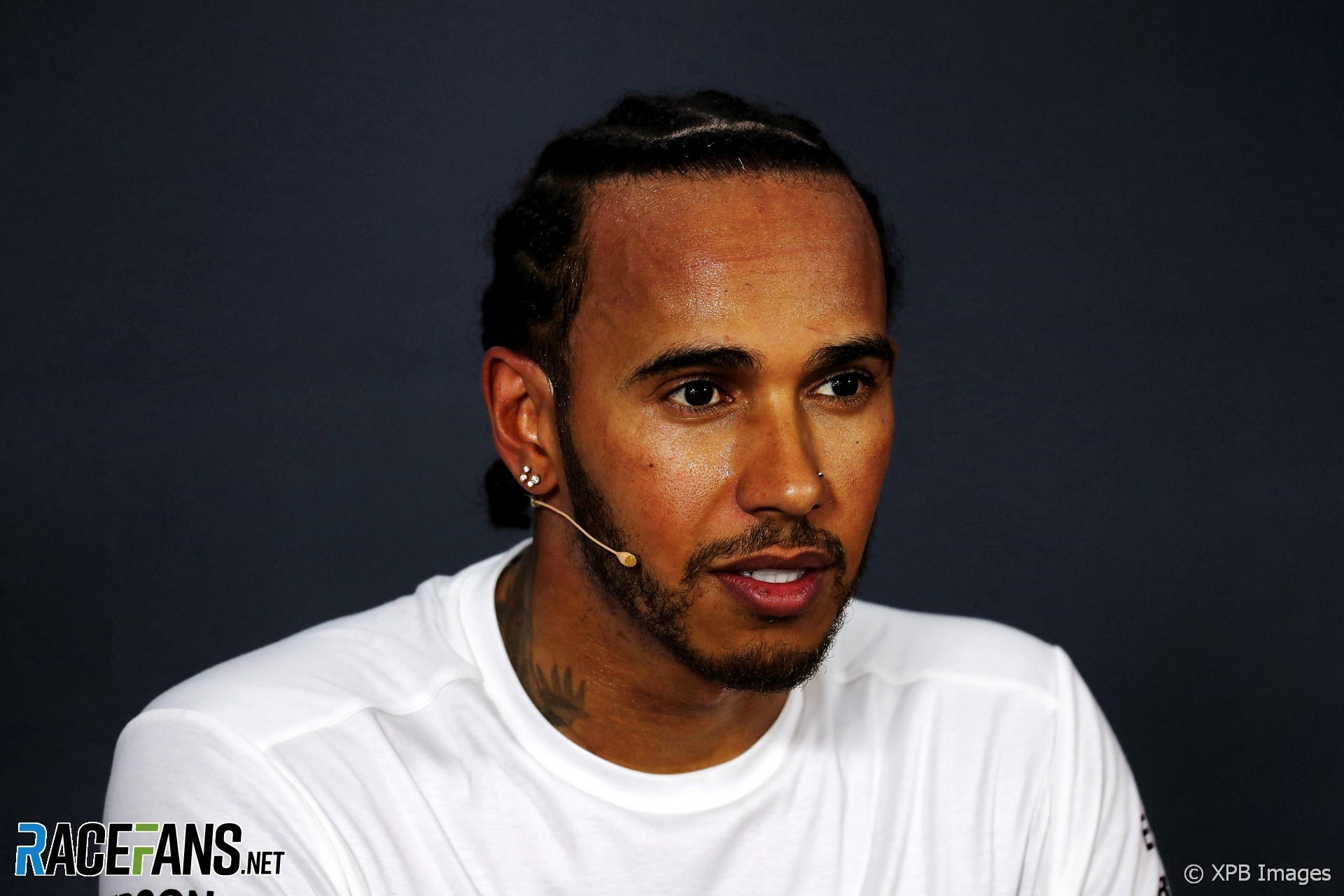 Formula 1 managing director of motorsport Ross Brawn has welcomed Lewis Hamilton’s comments on the state of the sport’s plans for regulations changes in 2021.

Speaking after his dominant win at Paul Ricard yesterday, Hamilton revealed his concerns over the future direction of the sport following his presence at an FIA meeting on planned changes for the 2021 season.

Hamilton said F1 needs to “make some serious changes to the decisions that they’ve already made of how 2021 should be” because they are “nowhere near where it should be in my opinion”.

However he also said he was “encouraged” by Brawn’s an ongoing research programme on how to make it easier for cars to follow each other more closely.

Brawn acknowledged the need to improve the quality of racing in F1 after yesterday’s processional race in France. “We know well that Formula 1 needs to make an important change in direction if it wants to maintain its position as one of the most followed sporting spectacles in the world,” he said.

“All of the key stakeholders – ourselves, the FIA and the teams – agree on the objectives and there is broad agreement on the major principles, such as the introduction of the budget cap and a fairer distribution of the revenue, while on the technical aspects we, and the FIA, have worked together with engineers from all the teams. It will be great to have an input directly from the drivers.

“Now we have to refine the details and we are happy that Lewis has expressed his faith in the work we are doing, including on topics such as new circuits. For example, the new circuit in Vietnam has been specifically designed to create the conditions that promote spectacular racing and good passing moves.”

Hamilton complained drivers had not previously been invited to give input into planned rules changes. “We are basically trying to get in the door and trying to be a part of it,” he said, “and for many, many years they have not wanted us in that room.”

However Brawn insisted “the door for drivers has always been open”.

“It’s a pity that so often in the past this opportunity has not been taken by all the parties,” he added, “and it is great to see this new initiative.

“Luckily, today we can now count on having a driver of huge experience as a member of the World Motor Sport Council in Felipe Massa, the FIA-CIK President, who can also make an important contribution. To sum up, Lewis, we are delighted with yours and all of the drivers contributions.”

Brawn added he is “happy Lewis has confirmed his willingness to make his own contribution in the coming months, and we can’t wait to work with him, particularly in each of the three meetings now scheduled.”

Hamilton has not yet indicated how many of the future meetings he will participate in.

“I don’t know because I lost a whole day,” he said. “It was a long meeting day. I don’t know if I want to be there or maybe Seb [Vettel] will go next time.

“But the great thing is that we [drivers] are all united so we all set an agenda and points and we agree on them. Various of us could go and deliver those points. Alex [Wurz] will continue to do that. But I am open to it.”