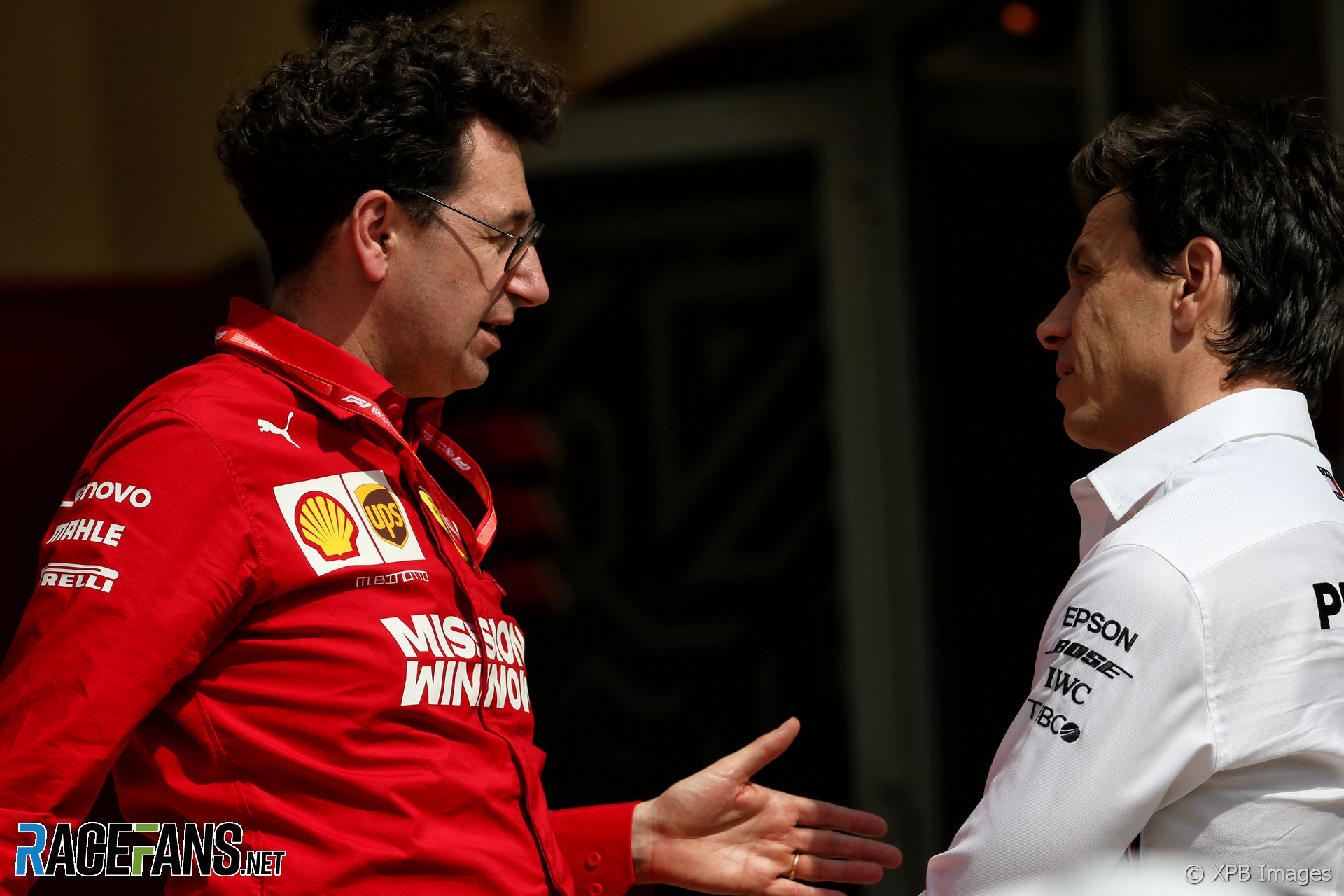 Leading Formula 1 teams Ferrari and Mercedes have agreed to delay formal approval of new regulations for the 2021 season by four months.

As RaceFans revealed on Sunday, moves are afoot to postpone the formal sign-off of sweeping changes to the sport from Friday’s meeting of the World Motor Sport Council to October, amid concerns more work is needed on the detail of the regulations, in particularly the technical rules.

Ferrari team principal Mattia Binotto said the current draft of the regulations was still “green” and more time was needed to refine them.

“They are suggesting that on the principle of the objectives we are all on the same page,” he said. “But the time is running out, or the time was running out, and I think that we are late on the milestones.

“The regulations have just been published a few days ago, [they are] really green, not much of enough to be voted. So I think to postpone everything was the proper and right decision.”

Under FIA rules, as there is no regulatory structure in place for the 2021 season yet, the new regulations must be in place by the end of this month. The unanimous agreement of all 10 teams, plus the FIA and FOM, is needed for them to be delayed.

Mercedes team principal Toto Wolff said he accepted the reasons for a delay but not all the teams have agreed to it yet.

“I think there are some teams that are not yet prepared to sign it,” he said in response to a question from RaceFans. “They want to tweak it.

“We have signed the document, we have told the FIA we are fine and that we support an extension of the deadline under the International Sporting Code, which normally is 18 months prior to regulatory change.”

Read the latest edition of Dieter Rencken’s RacingLines column today for more on the changes coming to F1 in 2021 and why some teams are against delaying the sign-off of the new rules.