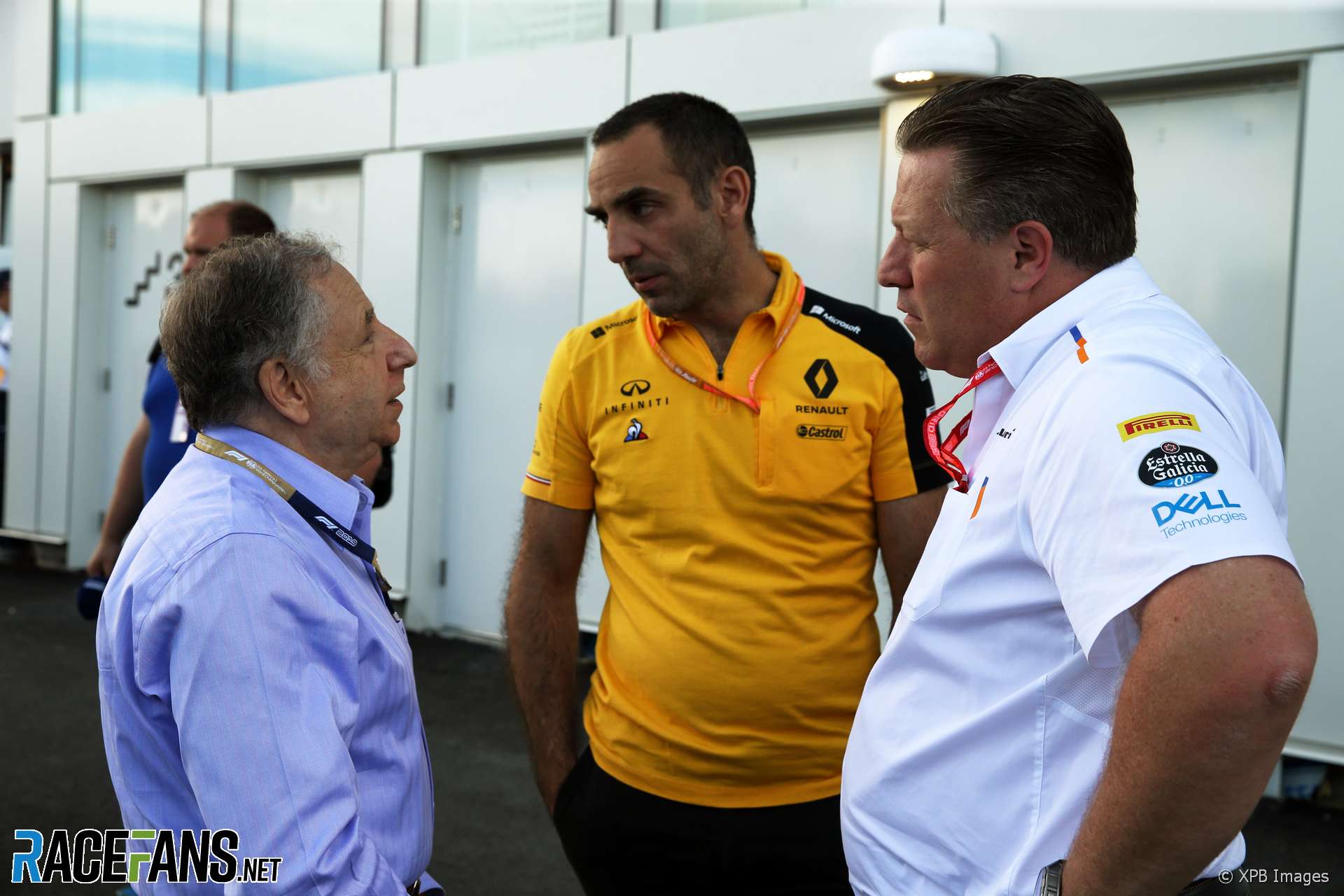 The FIA, Formula 1 Management and teams are reconsidering whether to delay approving a comprehensive overhaul of the 2021 F1 rules until the October meeting of the World Motor Sport Council, RaceFans has learned.

A comprehensive new regulations package for the 2021 F1 season was due to go before the WMSC for approval on Friday. Under the FIA international sporting code, regulations for 2021 must be approved by the end of June. However this could be waived, subject to the agreement of the FIA, FOM and teams.

FIA president Jean Todt is attending the Canadian Grand Prix and was present at a meeting between the sport’s governing body, F1 commercial rights holder Liberty Media and representatives of all the teams in Liberty’s offices on Saturday morning. A follow-up meeting has been planned for later this weekend.

Teams have requested assurances that a delay in signing off the new rules will not be used to introduce significant changes to them. Multiple meetings have been held between different groups of team bosses at the Circuit Gilles Villeneuve this weekend.

According to sources, among the reasons given for the requested delay is the backlog which has arisen following the passing of FIA race director Charlie Whiting on the eve of the new F1 season.

Todt is preparing to step down as president of the FIA at the end of 2021. He is therefore believed to be keen to exploit every opportunity to refine the 2021 rules package, expecting it to be his last significant act in charge of the sport.