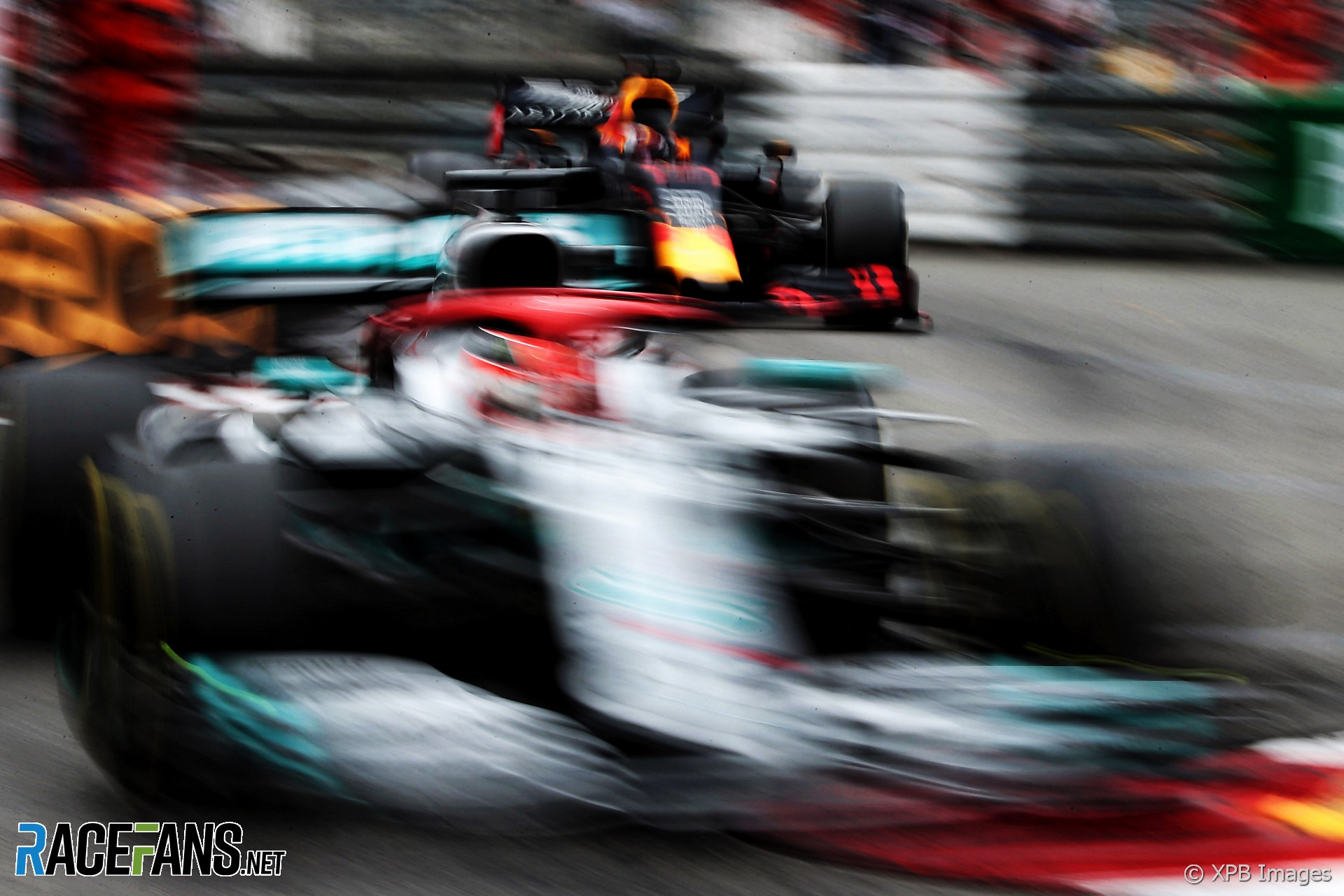 Max Verstappen said his penalty for tangling with Valtteri Bottas in the Monaco Grand Prix spurred him on to attack Lewis Hamilton for the lead of the race.

“It fired me up,” said Verstappen. “As soon as I heard the penalty I was just pushing Lewis really hard.

“Initially he was driving so slow, and then I heard I had the penalty, so I just kept pushing him and then of course he had to push because otherwise I would attack him. And then he destroyed his tyres. So that was my only way of trying to get by.”

Verstappen wasn’t able to pass Hamilton despite making contact with the Mercedes as he tried to claim the inside line at the chicane. The Red Bull driver said he didn’t blame his rival for the collision.

“I couldn’t really plan because I was always so close at the hairpin but then all the time out of turn eight we just lost that momentum. At one point I said ‘OK, let’s just have a go and see what happens’.

“And then of course we had this little touch. But under braking you normally don’t look in your mirrors already and they are anyway difficult to see through. So I think there was no one to blame, also we didn’t have any real damage.”

The Red Bull driver said his fifth appearance in Monaco was his best so far “in general”. He doubts he could have done more to pass Bottas earlier in the race when the pair went side-by-side into the first corner.

“There was nothing else I could do, really,” he said. “I was boxed in. I could run into the side of him but you have the risk of having a puncture or a penalty so I was just doing my line. I tried of course to brake deep into the corner, try and get ahead but around Monaco that’s anyway very hard.”

21 comments on “Verstappen: Penalty “fired me up” to attack Hamilton”