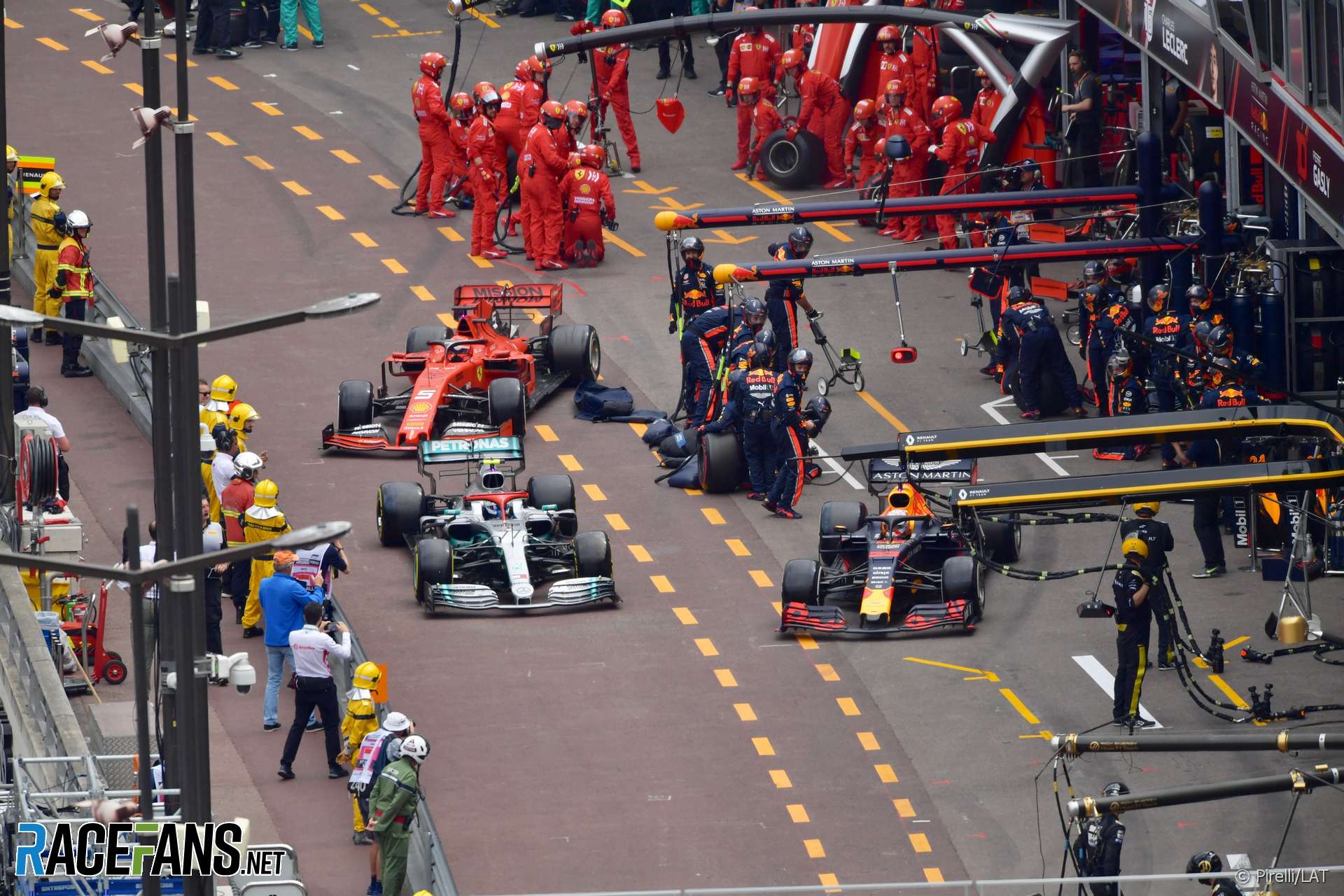 Mercedes say Valtteri Bottas did everything he could to ensure he didn’t lose a position when Mercedes pitted both their drivers under the Safety Car in the Monaco Grand Prix.

Bottas, who was running in second place behind Lewis Hamilton at the time, slowed the field as they approached the pits to ensure Mercedes had enough time to change Hamilton’s tyres before attending to his. However Mercedes’ motorsport strategy director James Vowles revealed Hamilton hit a wheel gun as he left the pit box, which caused a slight delay to Bottas’s pit stop.

“When you come in for a ‘double stack’ Safety Car [pit stop], what’s really important is making a gap between your cars so that the first car can be serviced in the pit lane and the second one can slot straight in,” said Vowles. “And Valtteri did that perfectly on track.

“Lewis had his pit stop, drove out and you would’ve seen Valtteri came straight back in again. And now it’s a straight race between Vettel, Verstappen and Valtteri for a pit stop. Unfortunately as Lewis left, he clipped one of the guns and it took just a few seconds for them to reset properly and the cost to us was a couple of tenths. That’s it, but that’s all you need.”

The slight delay to Bottas’s pit stop helped Red Bull get Max Verstappen out in front of him, which led to contact between the pair.

“We had a couple of tenths loss on Valtteri’s pit stop, Red Bull had a very, very good pit stop. One of the best of the year for them.

“Those extremes meant that as the cars went out and were in the pit lane, Verstappen came alongside, hit the left-hand side of Valtteri’s car, pushing the right-hand side into the wall and damaging that front-right wheel.”

The stewards did not rule Bottas had broken the rules by driving “unnecessarily slowly” when the Safety Car was deployed. Another driver who reduced his pace at this point was Williams driver George Russell, who slowed almost to a stop as he approached the pit lane entrance while he team decided whether he should pit.