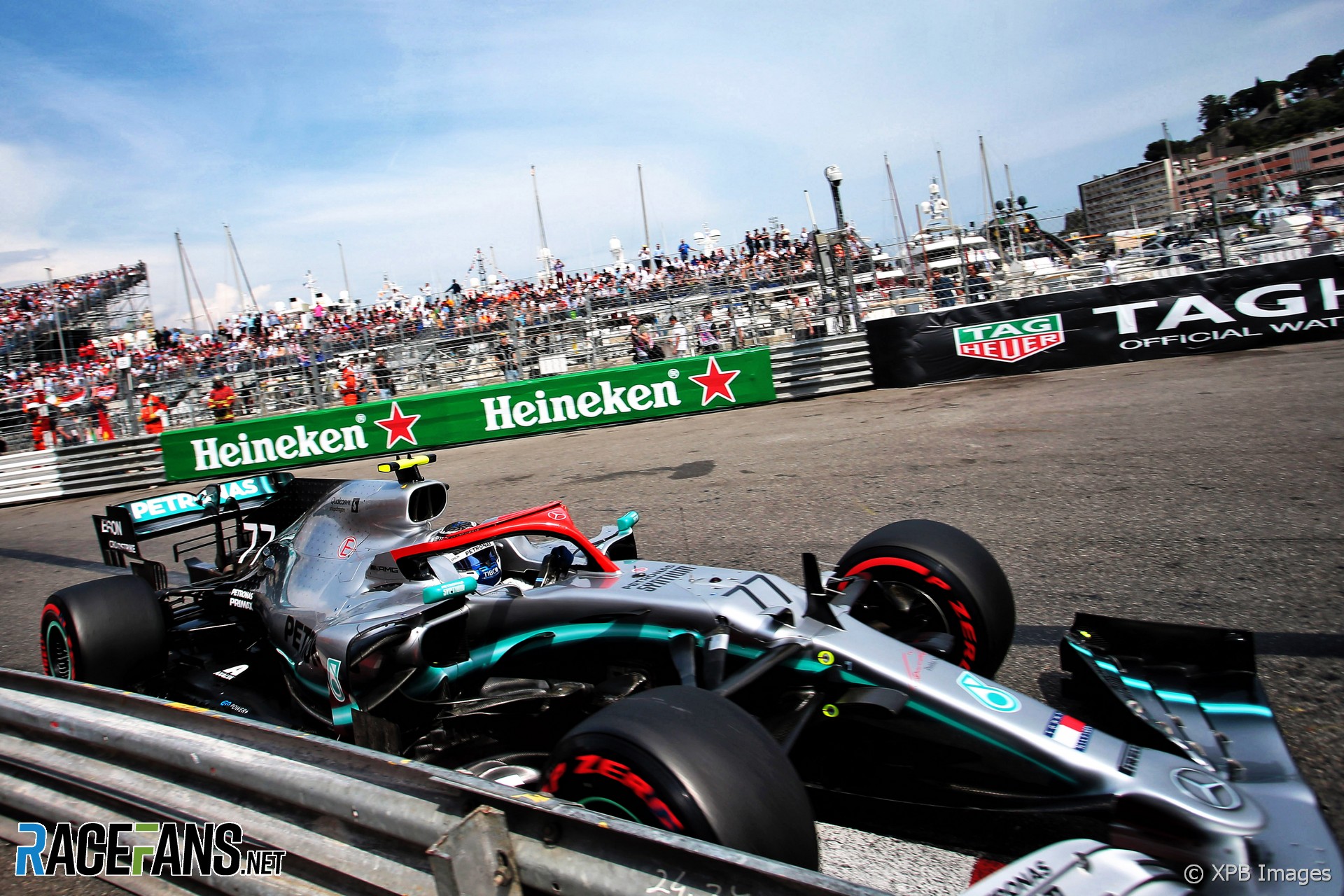 Valtteri Bottas says his final bid for pole position in the Monaco Grand Prix was thwarted by low tyre temperatures due to traffic on his out-lap.

The Mercedes driver was quickest after the first runs in Q3, but lost pole to his team mate Lewis Hamilton after his final run. He was heard complaining “tyres not ready” on the radio after aborting his final run.

“The issue was the traffic on the out-lap,” Bottas explained after qualifying second. “There was a lot of cars I had to stuck behind and then pass off-line and I got a bit of dust on the tyres. [Then] you can’t get it up to temperature and at this track it’s really critical.

“Already at turn one I felt the tyres were not there. Every corner was slower and slower until I had a big snap in turn eight. So that was it.”

Bottas passed Carlos Sainz Jnr on his approach to Tabac on his out lap, then had to back off as he caught Daniel Ricciardo and max Verstappen.

He said he was “really disappointed with the qualifying” today. “I really felt I had speed today, I felt really good in the car all day.”

At the last round Bottas started from pole position but was passed by Hamilton before the first corner. He admitted it will be very difficult to do the same to his team mate in tomorrow’s race.

“Here it’s a super-short distance from the start to the first corner so normally there’s not many position changes. But obviously as a team we want to be one-two again and obviouslyu we’ll be waiting for any opportunities that come up.”