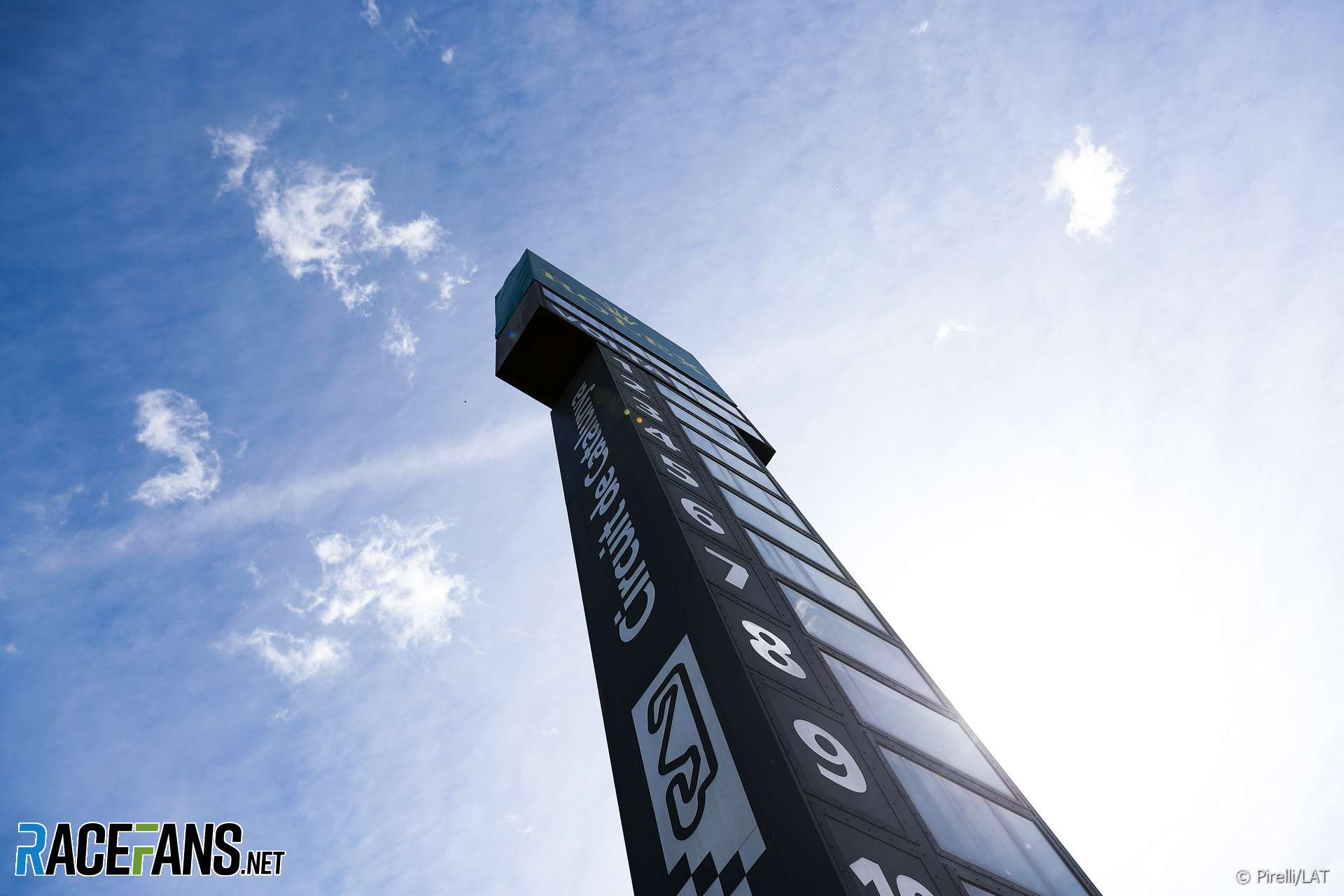 Vicenc Aguilera told RaceFans he expects a new deal to keep the race on the 2020 F1 calendar will be signed before the summer break.

“We should be able to reach an agreement before the peak of the summer,” said Aguilera. “I don’t know if it will be July but I expect an agreement on these dates. We are preparing everything to have that.”

The race is one of five rounds on this year’s schedule whose contract expires at the end of this year. The addition of a new race in Vietnam next year, plus the possible return of the Dutch Grand Prix, has put Catalunya under pressure.

Formula 1 CEO Chase Carey told a Liberty Media investor call earlier this week the sport has “agreements in principle on two renewals, and are actively engaged on three other renewals.”

However “the math means that we will not be able to renew all our current races”, he added.

Carey visited the area in March and met with politicians and stakeholders in the race. Aguilera believes a deal can be found to satisfy all parties.

“[It] is not fixed if it should be two, three or four years. This is not a big issue, of course a big issue is economics. We are willing to have the grands prix for the next years. We are trying our best and we will keep pushing.”

A factor in the race’s favour is the lack of competition from other possible venues in Spain or neighbouring Portugal, says Aguilera.

“There is talk also about a street race also in Madrid but behind [it] there is nothing,” he said.

“They still talk about Jerez but it’s not possible. They are suffering to pay the fee of motorcycle and then they will put a fee of Formula 1?

“Internally we have no competition. Also Portugal says ‘we are here’ but not consistently.”

Aguilera says he is “optimistic” the race will go ahead next year. “If we are killed, we will be killed in the last minute and I should keep the optimism for everybody: for us, for my shareholders, for the central government, for everyone.”

Video: How the Circuit de Catalunya has changed since its first F1 race