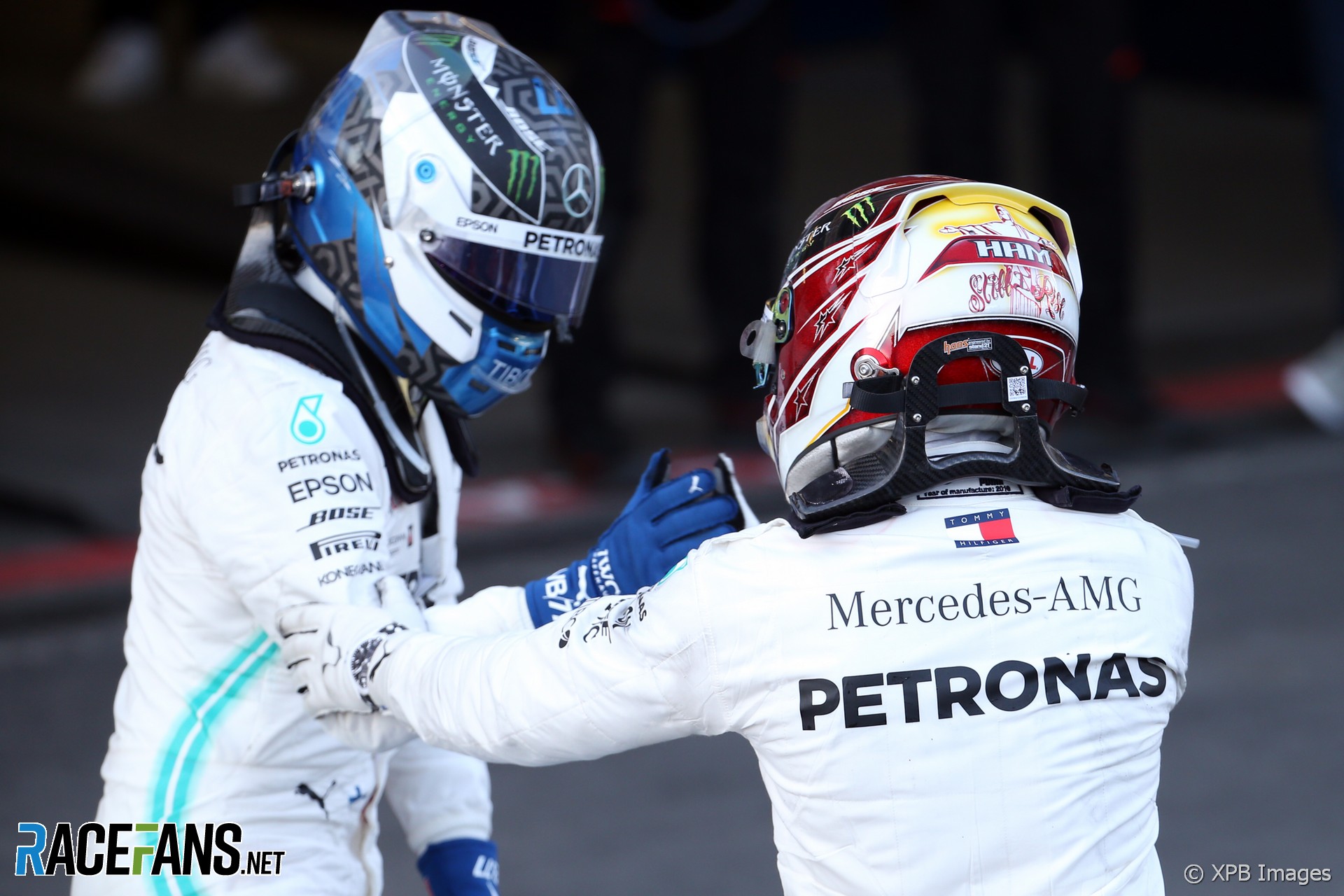 Lewis Hamilton says he is confident the relationship between himself and Valtteri Bottas will not degenerate the way it did when he and Nico Rosberg fought for the championship at Mercedes.

Team principal Toto Wolff recently admitted he is keen they “avoid what we went through with Nico and Lewis”, which ended when Rosberg retired from F1 at the end of 2016. But Hamilton said he believes he and Bottas have a healthy mutual respect.

“So when [Wolff] mentions glimpses of that, he has seen a glimpse of it. But what’s really important is that will pull together as a team. We have discussed it and hopefully rectified it so that won’t spring up again.

“What happened before [was] an individual continued to go down that route. But that’s not what we have here. We have a really great energy in the team, the respect is there, we have agreed rules set out so that we do finish the races one-two and we play supporting roles either way.

“So I truly believe it’s the best pairing in terms of that respect, in terms of how we deliver each weekend [more] than any other team has ever had or currently has.

“Yes, it’s going to be close and tight between us and tensions, that’s just there because there’s always tension when you want to beat someone else. But the fundamental key is that we have to be a team player. We are not here for ourselves. Of course we want to win the championship individually but what we are paid to do is win for the team and deliver for the team. As long as we remember that, we shouldn’t have problems.”

Hamilton was unwilling to elaborate on the downturn in relations between him and Rosberg during their four years as team mates.

“It’s all internal, we keep it all internal and it’s not for the public domain,” he said. “But as I said everything’s great within the team, the respect is still there and continue to push on and we won’t have any problems as we continue on. So don’t expect what you’ve seen in the past.”

Asked if he will ever disclose what happened, Hamilton said: “Probably not.

“Maybe one day when I write a book, probably one day when I retire I’ll be able to talk about it. But I don’t really need to talk much about it, I just let my results do the talking, so that’s what I focus on.”